For years, I didn’t go to Monet’s garden in Giverny because I was told there were too many people. Now we go at least twice a year! The best time to visit is at lunch time, when there aren’t any groups and few people queuing. And to avoid the queues altogether, you can either go to the Impressionism Museum (an offshoot of the Orsay Museum) first and buy a double ticket, or buy your ticket on-line. Both the garden and museum are open from the beginning of April to the end of October. These photos were taken in July when the famous nympheas are in bloom, but every month is beautiful. The tulips in April are stunning and the roses in June are out of this world. Then you can eat outside under the trees at the historical Restaurant Baudy down the road (don’t forget to check the inside). 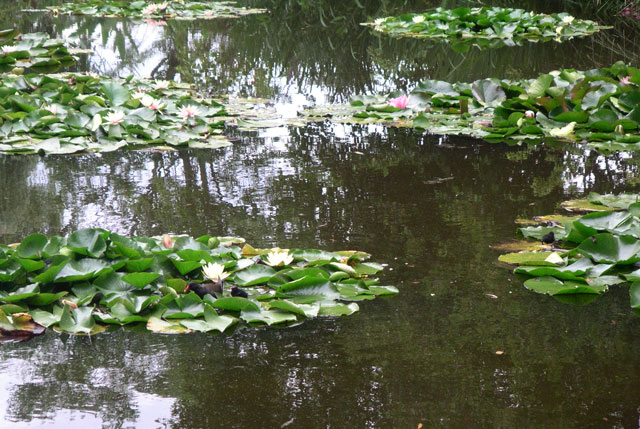 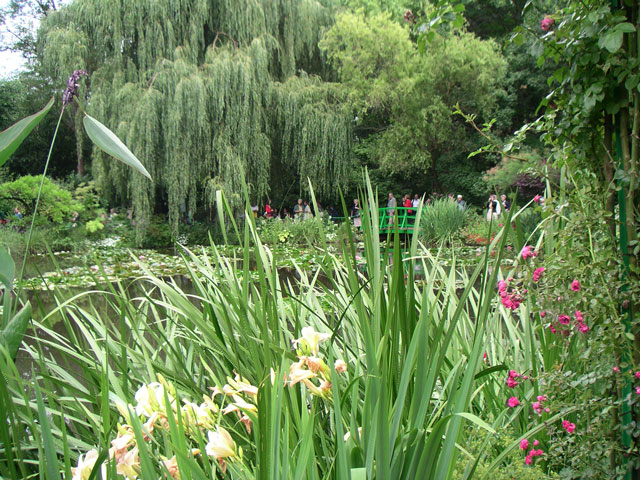 You can see the famous bridge in the background 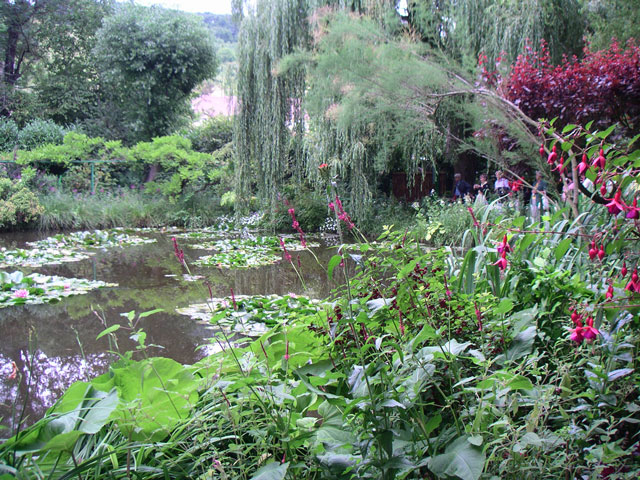 Nymphea pond with fuscias in the foreground 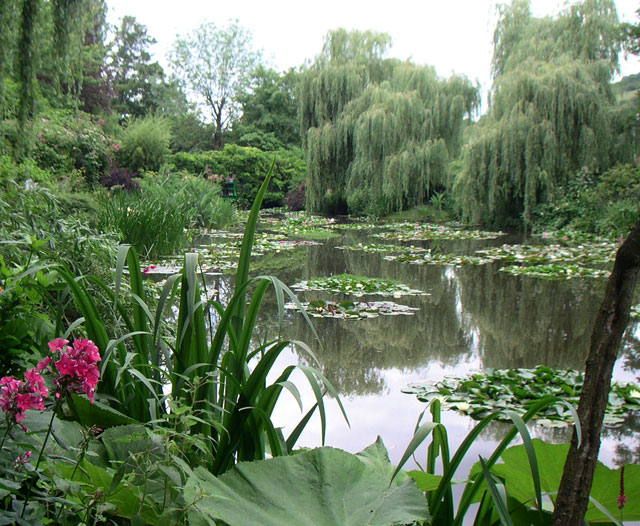 From the other side of the nymphea pond 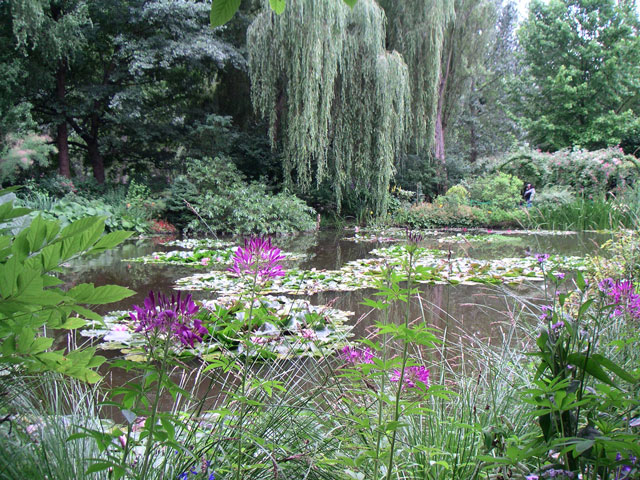 I love the weeping willows 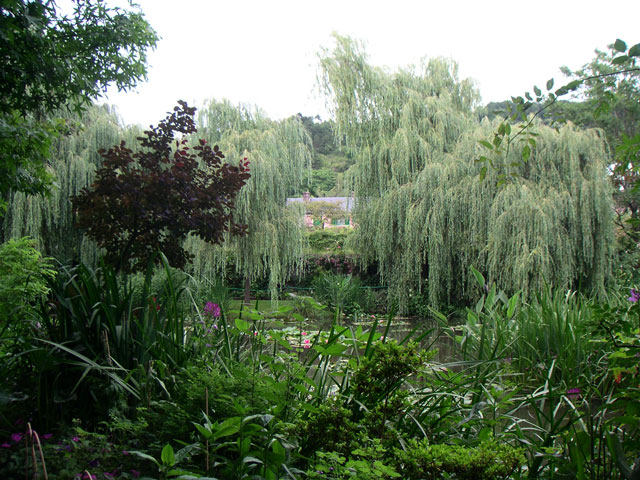 The house from the nymphea garden 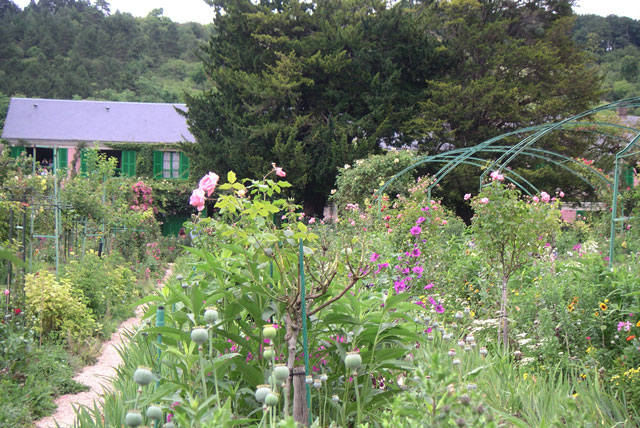 From the bottom of the garden looking towards the house 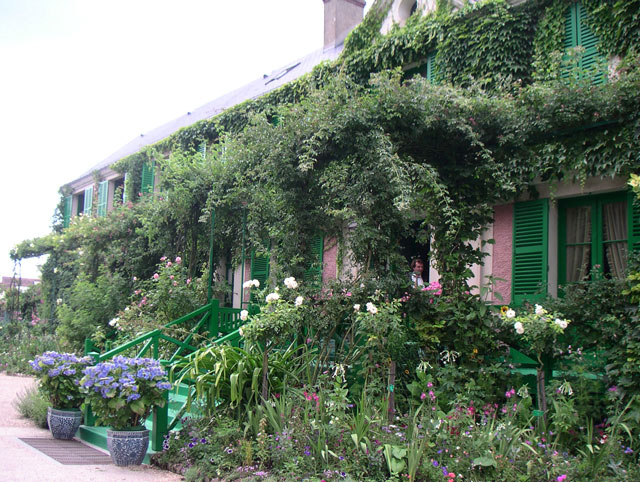 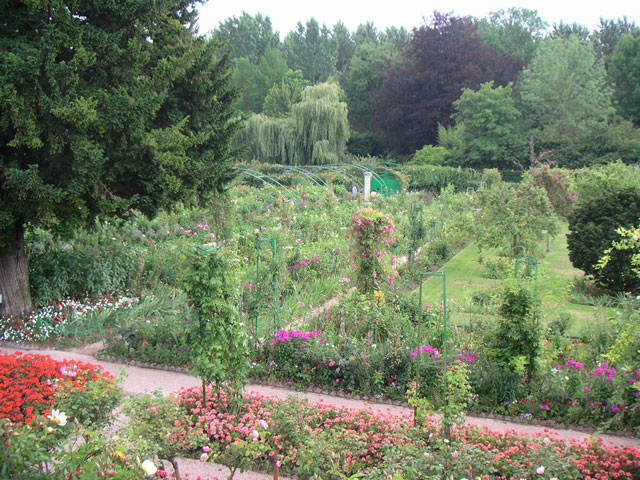 View from the window of Monet’s bedroom