This week’s bloggers’ round-up is dedicated to three bloggers whom I haven’t yet featured on Aussie in France: Lisa Rankin from Flavors of Paris recounts the first time she came across an open-air cheese stand; Donna Morris from Best Friend in Paris introduces us to the twice-yearly Salon Mer et Vigne wine and seafood fair; while Whitney Webster from Context gives us very useful tips on how to tip. Enjoy!

What a friend we have in cheeses

by Lisa Rankin in Paris and Michael Lutzmann in Ontario from Flavors of Paris, two Canadian foodies, madly in love with Paris, who give food-based guided tours that offer experience of local areas, ranging from exquisite cheeses and charcuterie to heavenly chocolate. 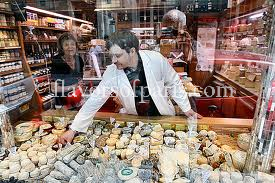 The foggy Saturday morning rains had come in veils, like the northern lights, washing the cobbles. Fool: I’d left my umbrella at the tiny two-star hotel the airline had given me for mucking up my return flight to London. It was midsummer 1994; Paris was in the throes of World Cup fever. I’d made up my mind to wait out the rain in a café beneath a canopy when suddenly the clouds fissured and the rain stopped. Read more

Donna Morris from Best Friend in Paris, a transplanted North Carolinian is a different sort of tour guide who shows visitors what she knows from living in Paris, both the major monuments and the tiny streets they wouldn’t find for themselves. 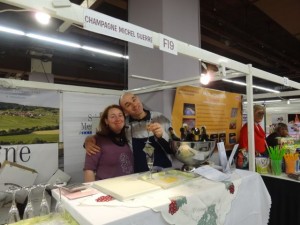 If you’re lucky enough to be in Paris during the Fall and Winter months, there are often special event tradeshows that showcase food and wine, tourism, agriculture,chocolate – you name it.  The shows are meant to offer the producers a chance to meet their public and sell directly to them.  I buy all sorts of stuff and always end up with an overflowing (and heavy) caddy.

The Salon Mer & Vigne is held around the country and comes to Paris twice – in February and September.  It’s a great show for sampling products, buying for yourself or as gifts, having a meal (they serve oysters and other regional specialties) or just wandering up and down the aisles taking it all in.  I challenge anyone though, to go and not leave with something! Read more

How to Tip When Abroad

By Whitney Webster from Context, a network of scholars and specialists—in disciplines including archaeology, art history, cuisine, urban planning, history, environmental science, and classics—who, in addition to their normal work as professors and researchers, design and lead in-depth walking seminars for small groups of intellectually curious travelers. 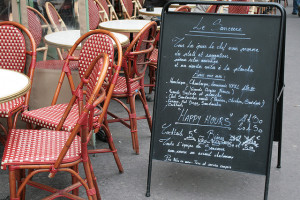 Anyone who has sat in the back of a taxi cab fumbling foreign currency while frantically trying to remember the right amount to tip (is it 5%? 10%? Just a few coins?) knows that it’s a good idea to research local customs around tipping before visiting a new city. It’s tempting to assume that, when in doubt, better to overtip than appear stingy, but it turns out that in some countries, this is a very bad idea. We chatted with our local experts in each of the non-North American cities where we operate to find out exactly how, and how much, it’s appropriate to tip. Read more