On this Wednesday’s blogger round-up, we have Wendy Hollands from Le Franco Phoney giving us tips on how to make the most out of a visit to the Eiffel Tower, Jill from Gigi’s French Window giving her interpretation of French decorating styles and Abby from Paris Weekender describing a visit to Méry and Auvers-sur-Oise, where Van Gogh lived his last days before taking his own life. Enjoy! 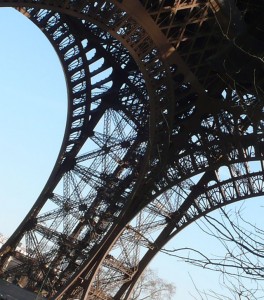 One of the great things about living in the French Alps is that it’s so totally different to life in big French cities. When I go to Paris, I’m a tourist: loud noises grap my attention, the Metro is confusing, and I need a map to know where I’m going.

If this alternative angle photo of one of the world’s most recognised landmarks doesn’t already give it away, I spent the weekend in Paris with the French in-laws who live there. Read more

by Jill from Gigi’s French Window, French ponderings from an Australian who must have been French in another life 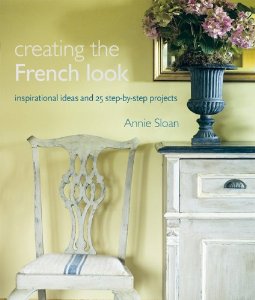 At the moment I’m working my way through  a book  titled  Creating the French look by Annie Sloan, which covers eight different french decorating styles, inspirational ideas and 25 step-by-step projects. A great read.

I purchased it because I was curious to see which  would stand out to be MY  favourite style, but as  it so happens , I appear to have  a ‘mélange’ of french  tastes.  I should have known it wouldn’t be as clear cut as that! I mean to say, there are EIGHT different styles……and none are exactly what I would choose??? Let’s have a look together, and you tell me which style resonates  with you :). Read more 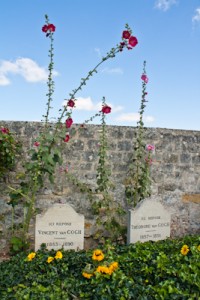 This weekend, I was invited to the beautiful wedding of two close friends at the Château de Méry in Méry-sur-Oise, located about 30 kilometers or 45 minutes north of Paris on the SNCF (local train) in the Parc Vexin. With its traditional château and chapel and ultra-modern hotel on the château grounds, this made for the perfect wedding venue.  Congratulations, my friends!

As the wedding was in the evening, a friend and I decided to take advantage of the first sunny day in the Paris area in three weeks, so we headed to the Val d’Oise (Valley of the Oise River) in the morning.  After leaving our bags at the château, we walked about 15 minutes through the town of Méry and across the Oise River to Auvers-sur-Oise, famous as the residence and final resting place of Vincent Van Gogh and his younger brother Theo. Read more