Architecture on the Basque Coast

One of the things I like best about the Basque Coast is the architecture. The typical Basque home in the Saint Jean de Luz area where we’re staying is the Labourdine – white with dark red, dark green or blue half-timbering and shutters and red roof tiles. Although each house is different, it gives an overall coherence that appeals to my sense of the aesthetic. 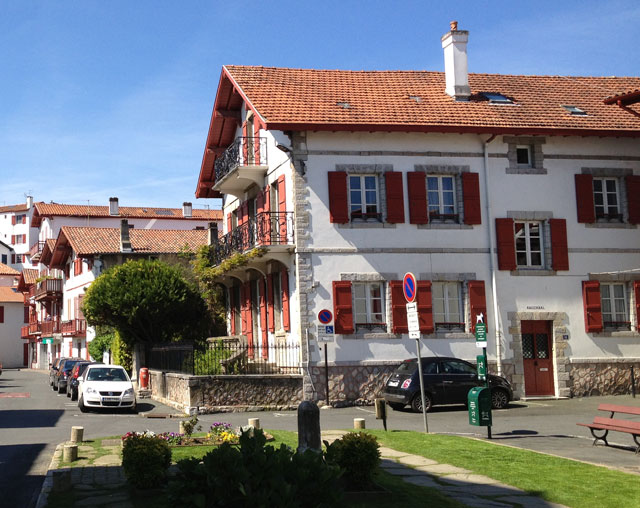 The dark red was initially produced by coating the timber with ox blood reputed to protect it from insects and rot. The blue apparently was paint left over from the fishing boats but I haven’t been able to find out where the green comes from. 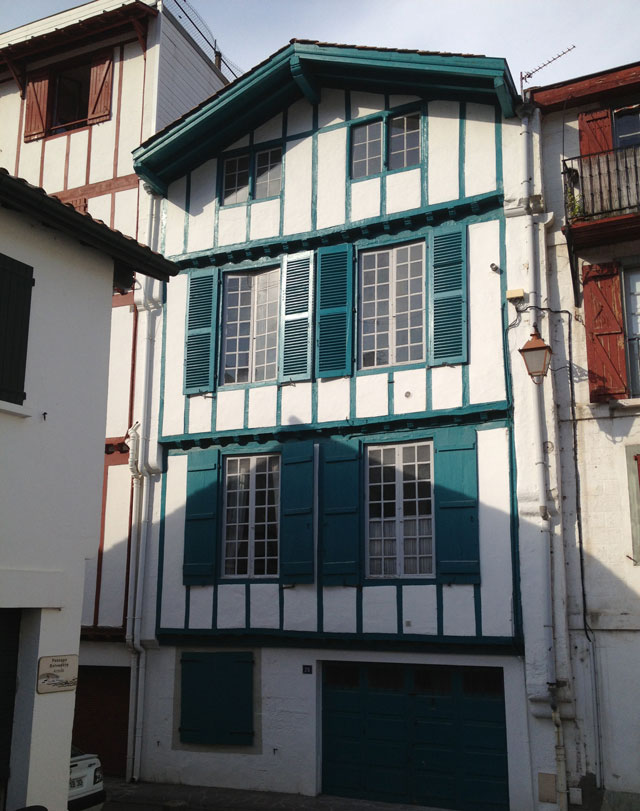 The houses are usually quite big and built directly on the ground without cellars. The older ones have mullion windows, stone door surrounds and no shutters. The bottom floor was usually used as a stable. 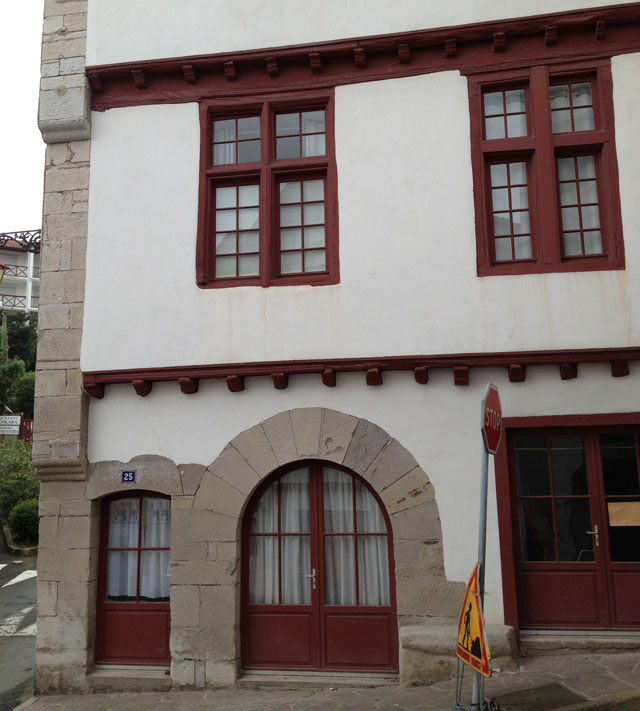 There are very few houses older than the 16th century because of the many wars that raged in the area. 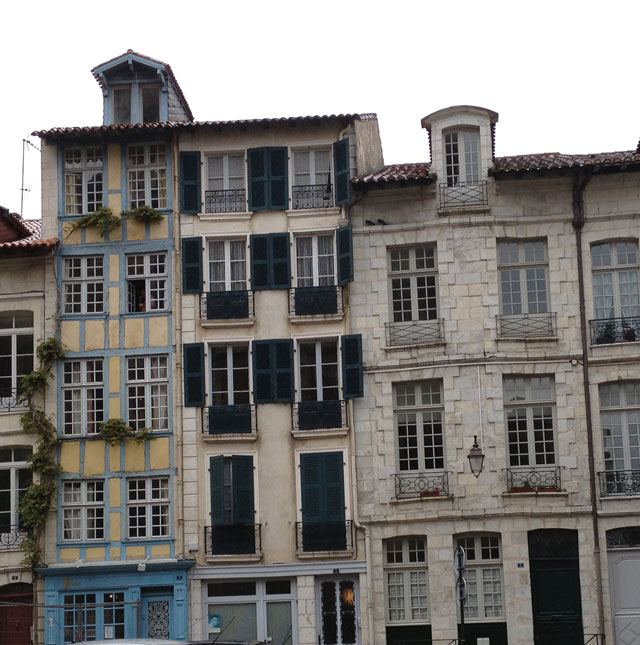 There are also a lot of very tall apartment houses, just one room wide, often separated from each other by stone columns to prevent fire. 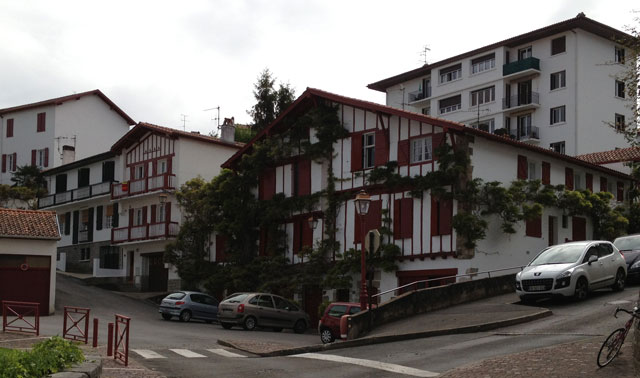 Apartments in Ciboure with traditional details

Even the modern buildings are based on traditional architecture and are usually white with red, green or blue details. Railings and lampposts are often red too. 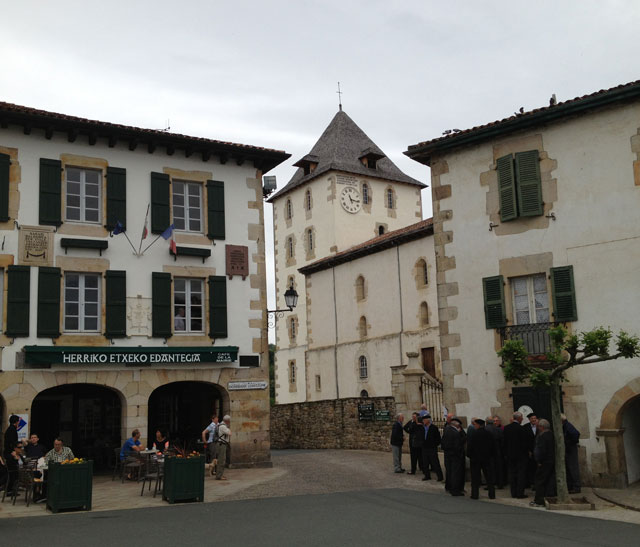 As you go further inland, stone is more present but the white and red combination is still very popular. 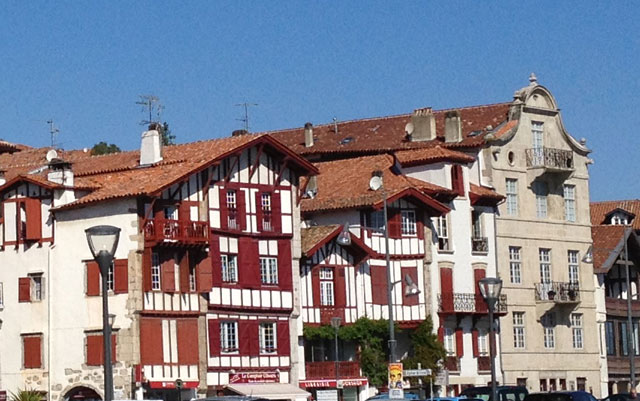 San Estebenia, Ravel’s birthplace, is on the right

In Ciboure, there are two notable exceptions : San Estebenia and Villa Leihorra.

San Esebenia is the Dutch-style housebuilt by shipowner Esteban d’Etcheto where the composer Maurice Ravel was born in 1875. Cardinal Mazarin was also a guest there when Maria Teresa of Spain married Louis XIV in 1660 in the nearby church of Saint Jean de Luz. Today, it houses the tourist office. 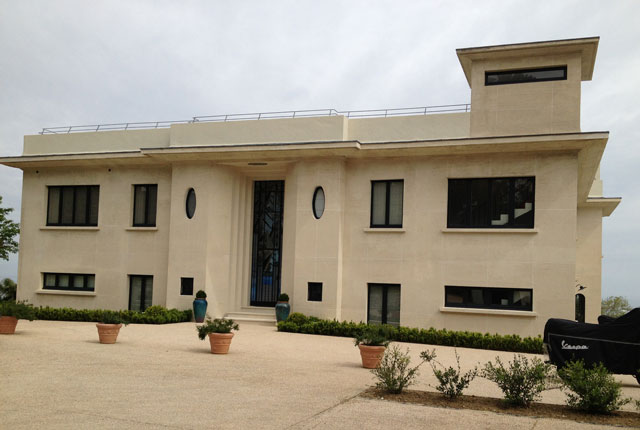 Villa Leihorra, now a listed monument, was built by the architect Joseph Hinart in 1926 on Bordagain hill overlooking the Atlantic ocean, and is a prime example of Art Deco. It is now a luxury hotel and it’s worth taking a virtual tour. 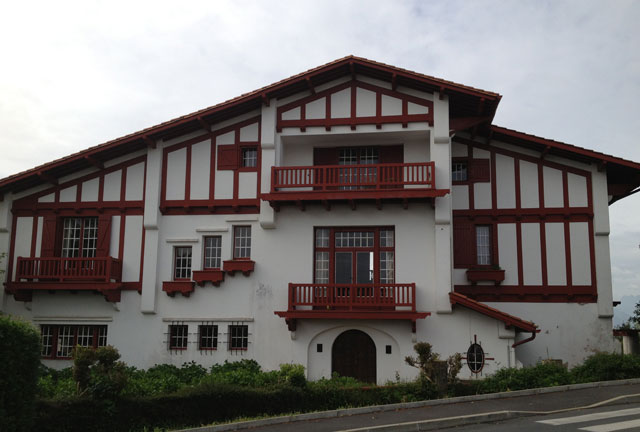 5 Responses to Architecture on the Basque Coast