San Sebastian is an attractive city in the north west of Spain on the Bay of Biscay, 20 K from the French border in the Basque Country. Known as Donostia in Basque, it has an old part that mainly dates back to the 19th century when the town was rebuilt after being destroyed in 1813 during the Napoleonic wars. Its main appeal is its incredible location which can be seen best by mounting Urgull Hill on which the ruins of Napoleon’s military fortress still stand. Its second attraction is its ambiance of small bars serving pintxos (not as good as Barcelona though) and many cultural events. I was impressed by how many people of every age joined in the paseo in the late afternoon sun. 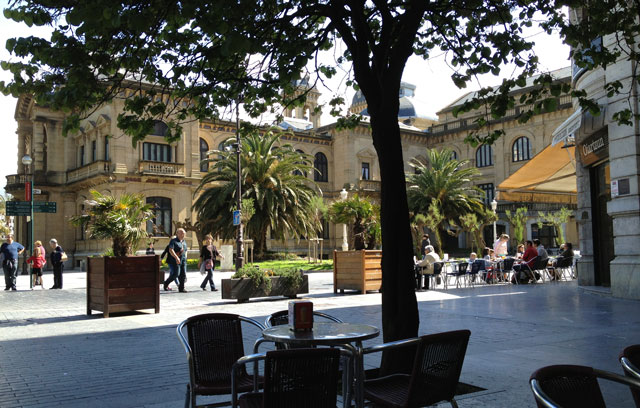 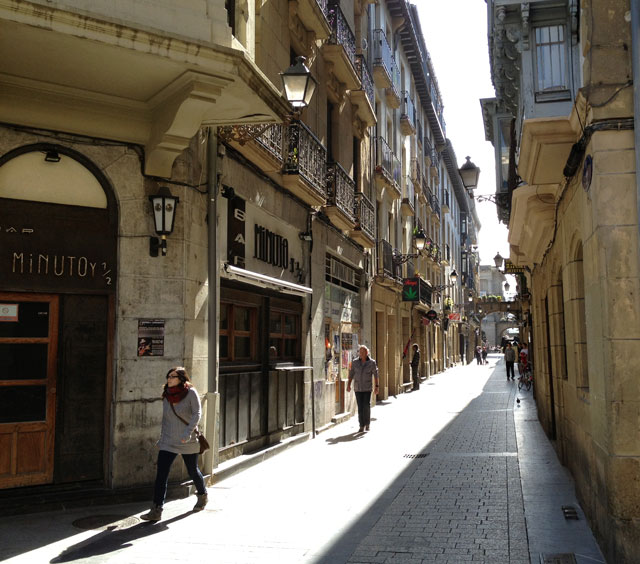 Typical street in the old part of San Sebastian 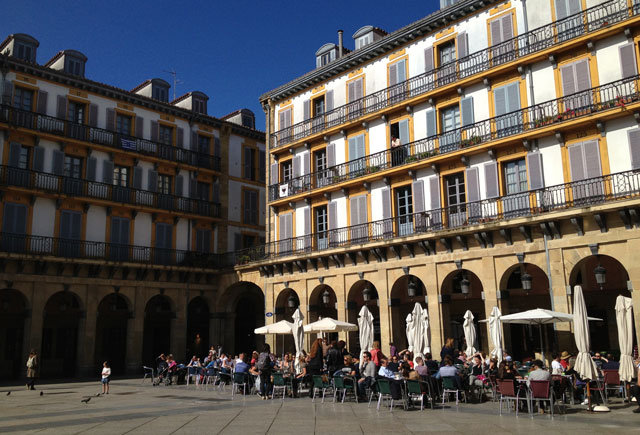 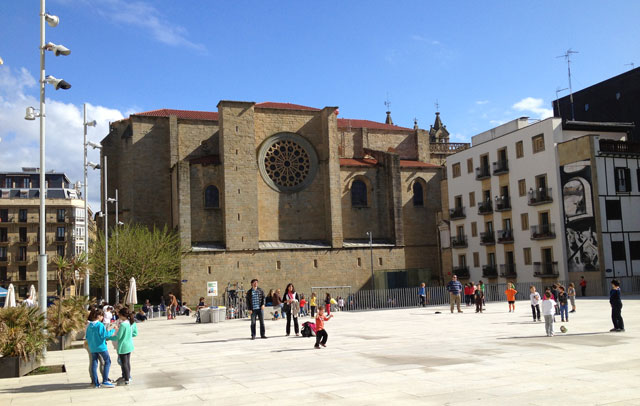 Church in the old part of town 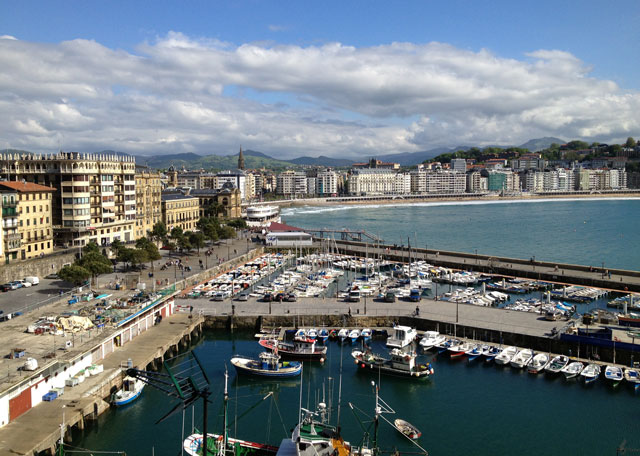 The fishing port from  Mount Urgull 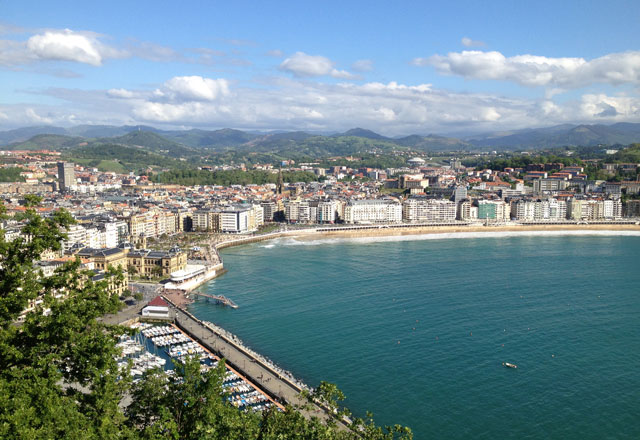 View as you climb up Mount Urgull 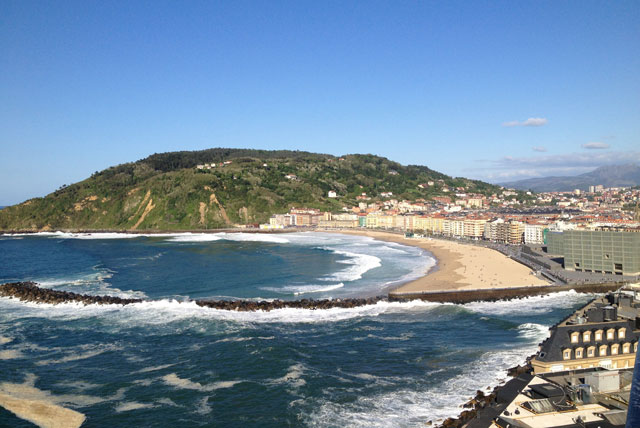 View as you climb down the other side of Mount Urgull 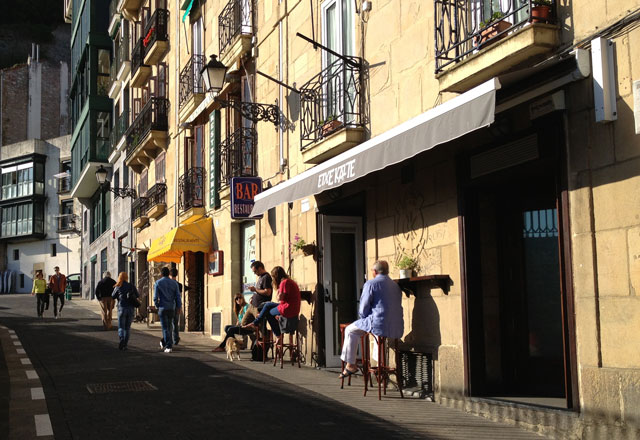 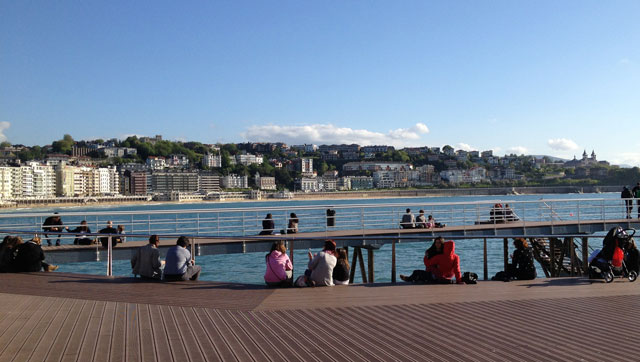 Relaxing on the waterfront 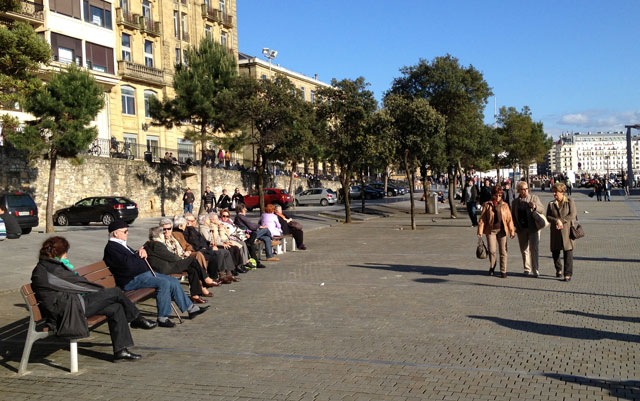 Paseo time along the waterfront