Our Home Exchange in Barcelona

I didn’t realise when I started looking for a home exchange in Barcelona that Paris might not be a peak time from people used to a warmer climate – particularly since our main motivation for going to Spain in February was to get away from the grey skies and cold of Paris! Home exchanges can be either simultaneous or non-simultaneous, depending on various factors. Considering the other home exchanges we were planning this year, a non-simultaneous exchange didn’t seem possible. However, I shall take this factor into account in the future. 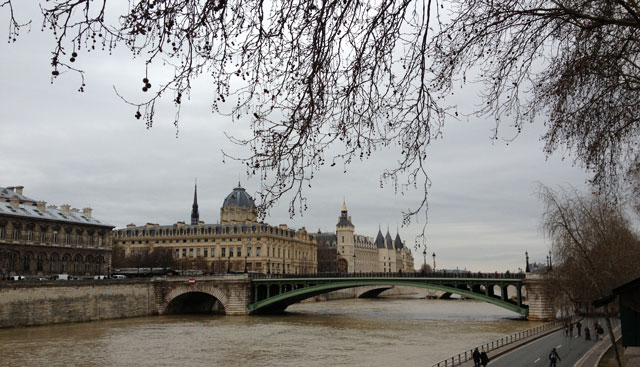 I received several refusals but Pep, who lives outside Barcelona and has a one-bedroom flat near Sant Pau Hospital and the Sagrada Familia, fortunately agreed to the swap, although he wasn’t sure until the last minute that he would be able to come to Paris and then, it was only for 2 nights as opposed to our 6 nights. Having a second home definitely makes it easier to juggle with dates.

When Pep saw our listing, he immediately said that his flat was “modesto”. It’s true that we usually try to find equivalent accommodation, but the most important thing is that it is comfortable and clean and has an internet connection. That was certainly the case and we felt very welcome. We weren’t intending to do any cooking so not having a dish washer was not a problem, for example. When we stayed with my brother, sister-in-law, 3 kids and my son in a home exchange on the Gold Coast in Australia, it was a necessity!

Back of Sant Pau, well worth a visit

When we arrived, Pep was waiting for us with a French-speaking friend in case we had difficulties communicating. But Pep’s French is more than adequate. He told us his favourite places to wander around and where to have pintxos. He also said that the neighbourhood eating places weren’t very interesting although we had a very “local” experience one evening in the bar opposite when we didn’t feel like going into the centre. It’s true that the food wasn’t anything special, but it was certainly authentic and the staff were extremely friendly and helpful. The ambiance more than made up for the quality.

The only drawback was the distance from the centre but, as I mentioned in previous post, Jean Michel worked out the buses and we probably got to see more of the city than we would have otherwise. Since we had 6 nights, it was not really a problem but for a shorter period it would have been less convenient. 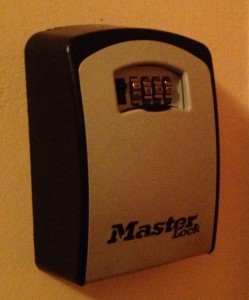 Pep reached our appartment in Paris without mishap and was able to take the key from our code box next to the front door. These boxes are common pratice in Australia, but little known in Europe, although you can buy them in France without difficulty. It’s absolutely impossible to open the box without the code. Even if you managed to pull the box off the wall you still wouldn’t be able to get into the box. We find it’s a perfect solution.

When we were preparing for our holiday, I tweeted about off-the-beaten track places to visit in Barcelona and received an answer from Roser who lives in Barcelona and works for www.intercambiocasas.com, the Spanish version of the www.homeexchange.com website I use, inviting us to meet up for a coffee. I was delighted! 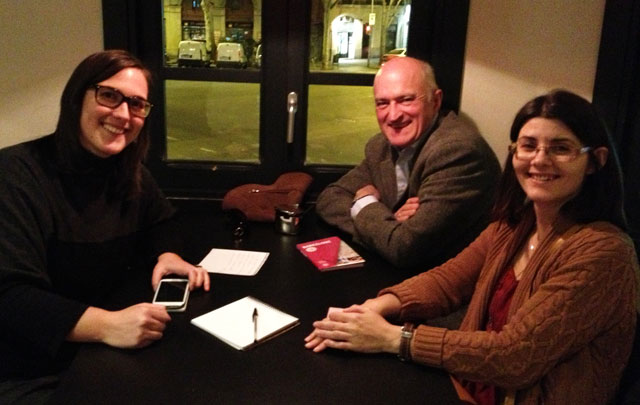 The very dynamic Roser came along with her blogger friend Isabel (http://www.diariodeabordoblog.com), about to embark of her first home exchange. We were able to ask all the questions that had been building up about Catalan and Barcelona over the previous few days and since Roser speaks excellent English and French, Jean Michel was able to launch a very interesting discussion about Catalan independence. Roser also has a blog (http://www.sempreviaggiando.com).

Roser and Isabel gave us lots of suggestions for places to eat but we ran out of days before we could use them all! Roser is also very interested in improving the website and service of homeexchange.com so would love to have feedback. In particular, she would like to know what is the most important thing when looking for a home exchange – location, size of the home, nearby attractions, etc. 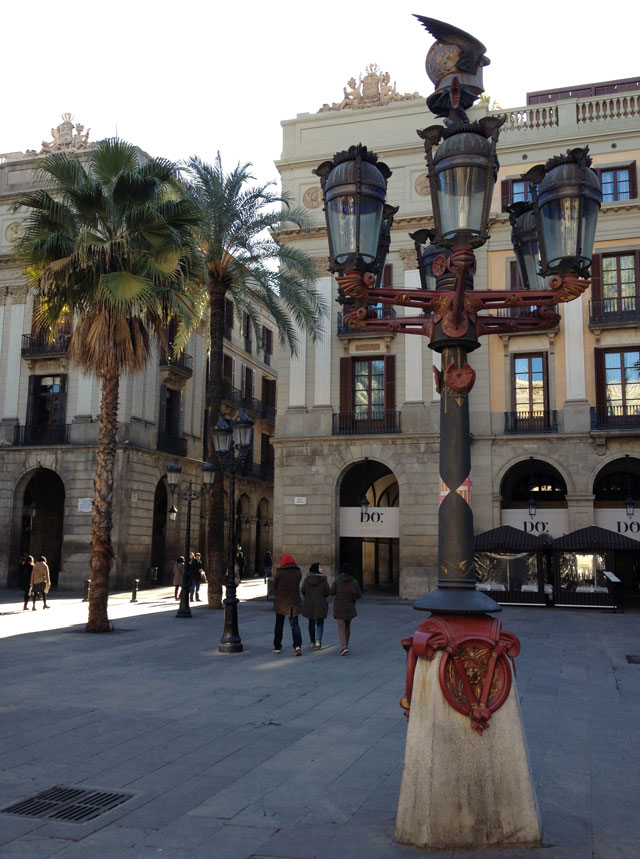 The day before we left Barcelona, we were sitting outside at a terrace café in Plaça Reial admiring Gaudi’s lampposts when I received a message from Pep who had just got back from Paris, suggesting we have a coffee. We were soon able to exchange our impressions of Barcelona and Paris and talk about what we’d be doing in our respective cities. Pep had enjoyed being right in the centre of Paris even though he found it a little cold!

Now we’re busy organising our next set of home exchanges – one in France in May then a series in Germany, Austria and Hungary for June/July as we’re going to cycle along the Danube. It’s proving a little difficult to find people outside large cities who are interested in coming to Paris, where we can only provide accommodation for two people. So if anyone has a two-person swap in Ulm and Linz, let me know!

6 Responses to Our Home Exchange in Barcelona