The Basque mediaeval walled city of Hondarribia (Fontarabie in French and Fuentarribia in Spanish) which has been guarding Spain since the time of Charles V in the 16th century, is built on a little promontory facing Hendaye over the Txingudi bay. There is nothing in particular to visit but even on a rainy day, it’s interesting to wander through the narrow streets laid out on a grid plan with their wrought iron balconies. Afterwards, you can walk along the seafront into the old fisherman’s quarter on the west shore of the mouth of Bisasoa River, which has a much better selection of eating places. 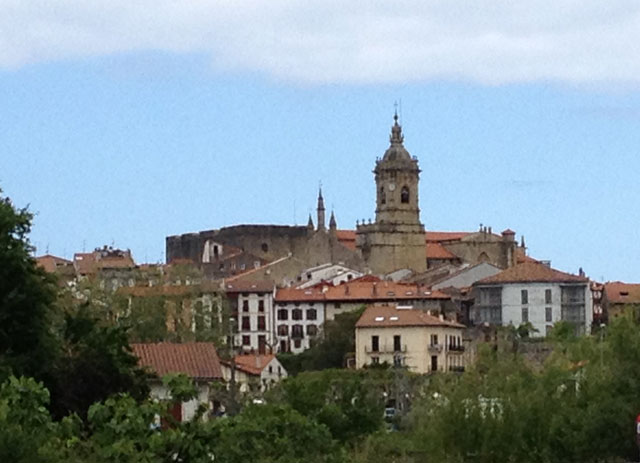 The walled city of Hondarribia 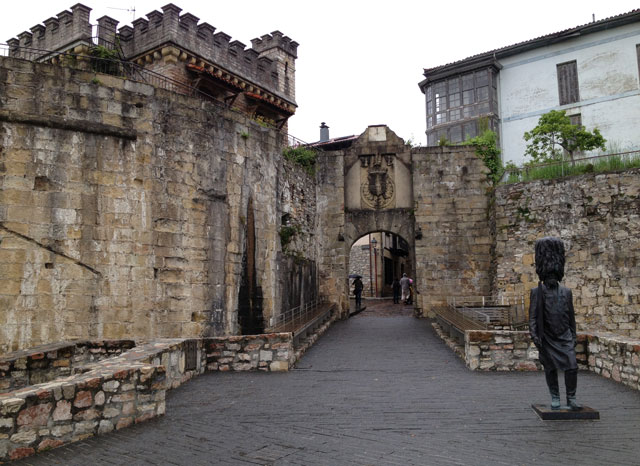 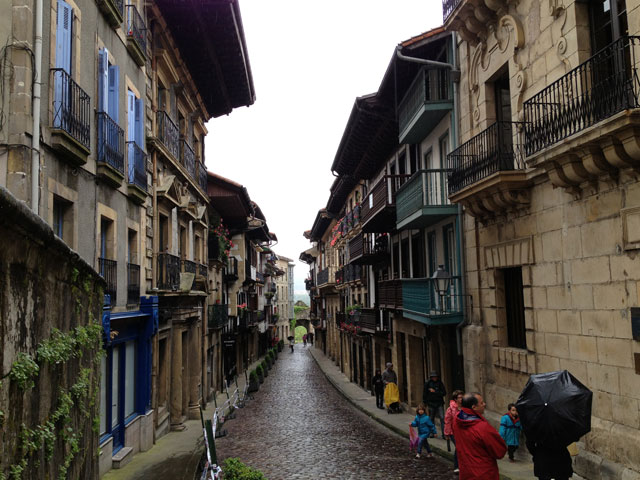 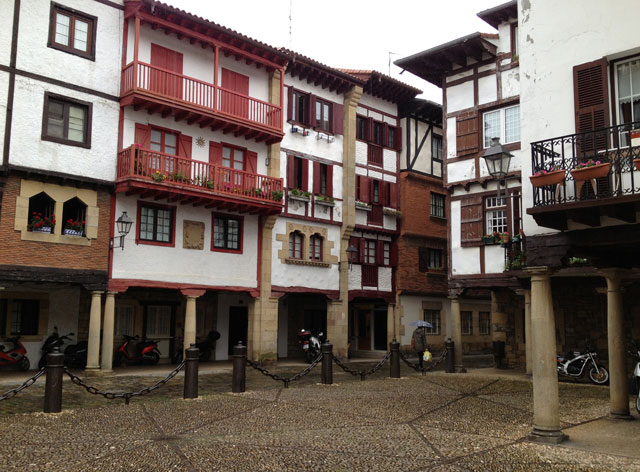 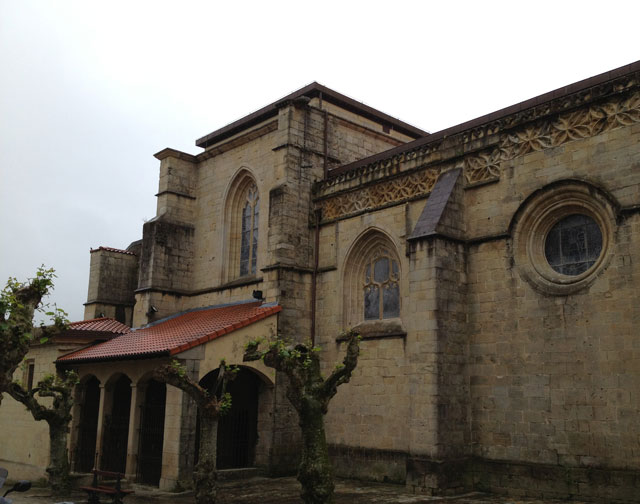 Our Lady of the Asumption 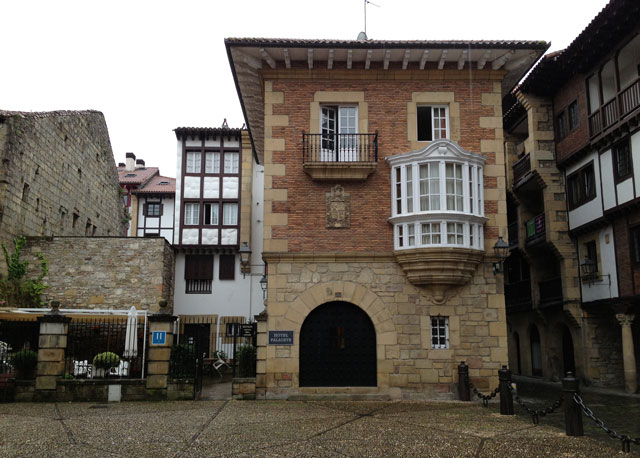 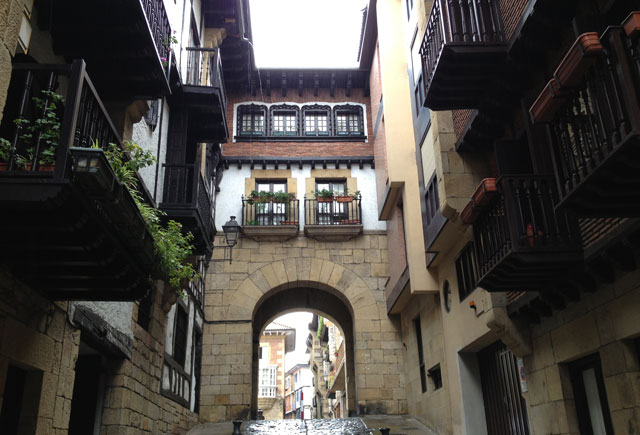 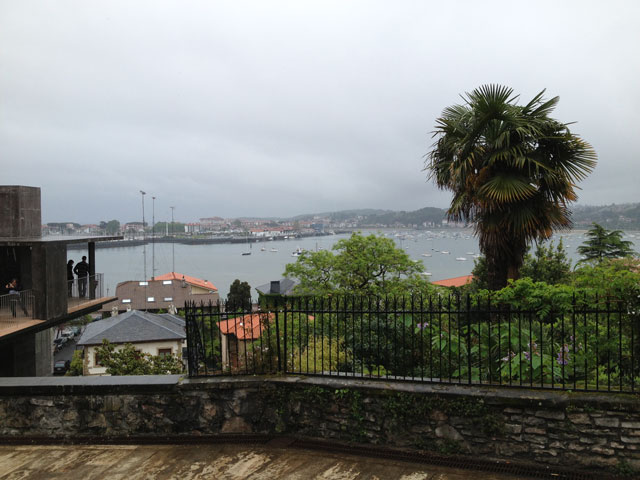 View of the bay from the walled city 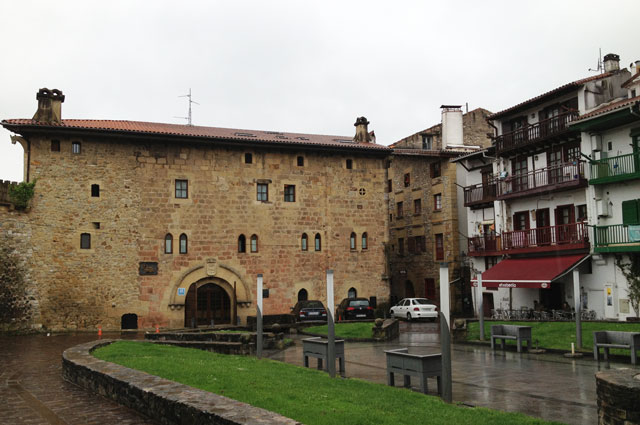 14th to 15th century palace which is now a hotel 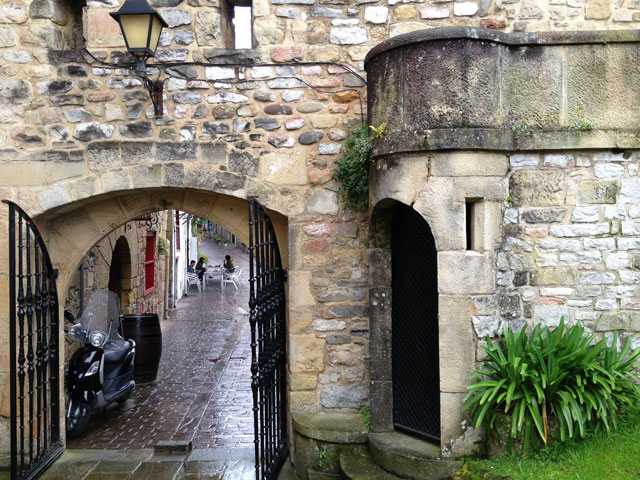 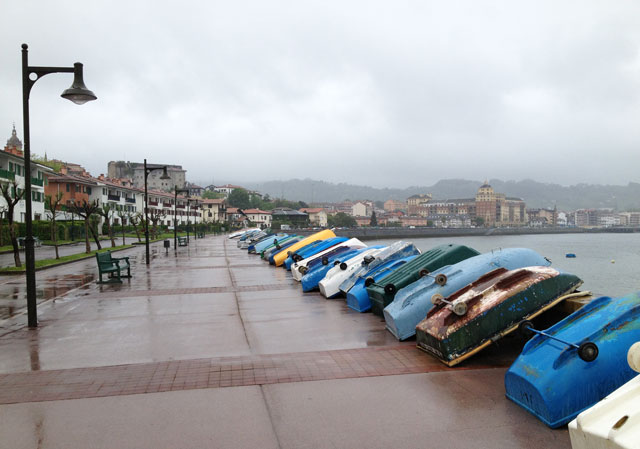 Seafront with old town in the distance 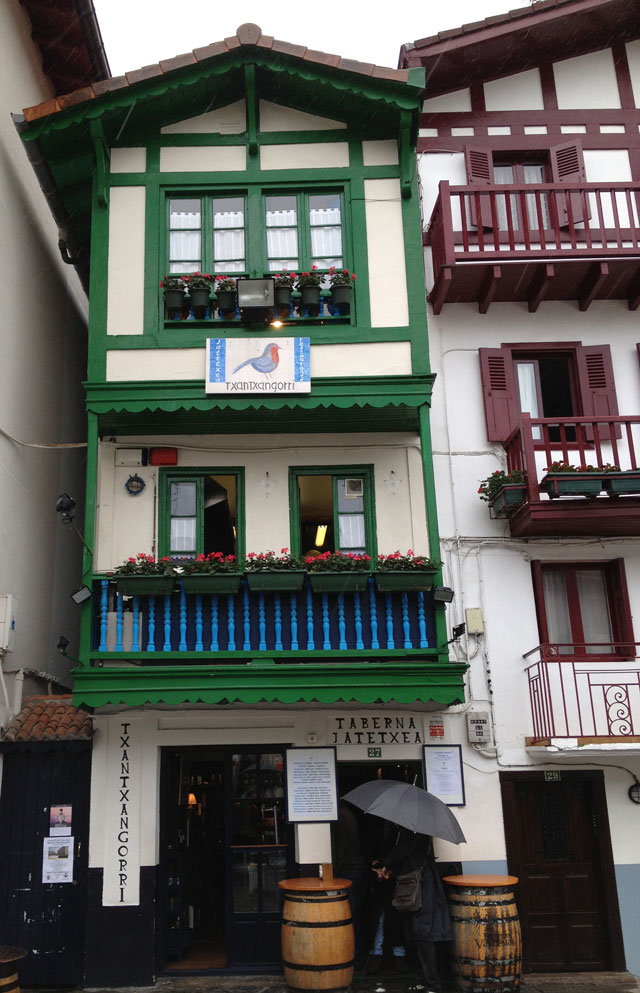