This Wednesday’s Bloggers’ Round-up brings three completely different subjects. First, on the subject of fasting and dieting, Jacqueline Meldrum from Tinned Tomatoes, introduces the documentary behind the 5:2 fast diet I’ve been talking about recently. You’ll be interested in her recipes as well. Australian B&B website Petite Paris gives a very practical tutorial on how to use the metro for newcomers to Paris while Abby from Paris Weekender explains how to navigate the confusing French double giratoire roundabout, which I have yet to experience. Enjoy!

by Jacqueline Meldrum, from Tinned Tomatoes, a self-taught cook and baker, who has been cooking and baking for over 24 years and whose interest in food really developed when she became a vegetarian 22 years ago.

If you live in the UK, you may have seen the Horizon documentary on BBC2, that aired on Monday night.

If you haven’t seen it, then you may have heard people talking about it on twitter or facebook. It’s a hot topic right now. 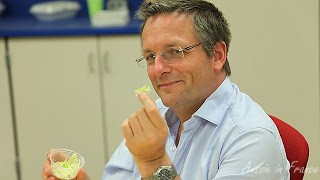 The documentary featured medical journalist and tv exec Michael Mosley, as he set himself the challenge to live longer, stay younger and lose weight. Three things that I am sure we would all like to achieve. During the one hour documentary Mosley spoke to many people including scientists and found out that a low calorie diet is the secret to these three elusive goals. Read more

Back to Paris Basics – Navigating the Metro

by Petite Paris, an Australian-based service for Australian travellers and fellow Francophiles 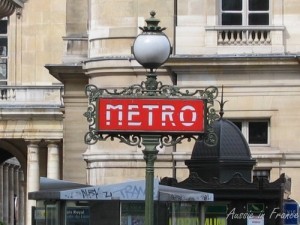 With so many new ‘Petite’ friends and first timers heading to Paris we have to remember to re-cap the basic essentials and practicalities of Paris … to help you plan, prepare and book for a smooth arrival and overall experience. So…no better place to start or over than the Metro System!

The Perplexing Phenomenon of the Double Giratoire 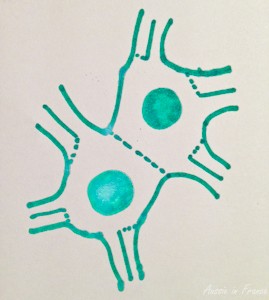 I was on my way to Nostang, a small town in the Morbihan north of the ria d’Etel, and I came across my second double giratoire.

As many of you know, I passed my French driver’s exam in the fall, and I’m proud. Ask me anything about the French rules of the road, and I can tell you. I was certain I had seen it all — either on the road or in the practice exams.

But there seems to be a new creature in the array of options for the French intersection. At least the two examples I have driven through (and survived) were clearly new constructions. Read more