Leonardo’s come back to Paris. Well, not for good. He’s just spending a few days here before he goes to Berlin which is really just a stepping stone for San Francisco while he sorts out his US working visa. 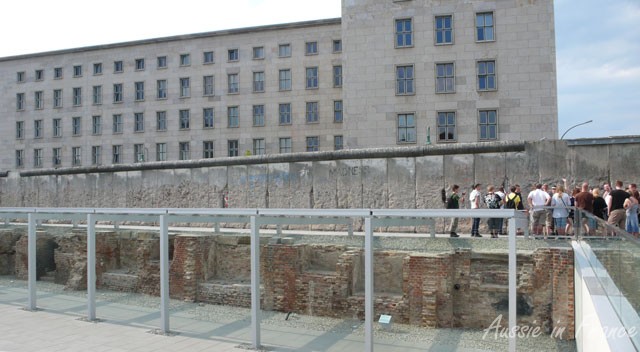 We’ve been to Berlin before. One of Jean Michel’s sons, Forge Ahead, was doing an exchange at the faculty of medicine there for six months so we decided to all go and pay him a visit at the same time – my two children, Leonardo and Black Cat, and Jean Michel’s other son, Thoughtful. 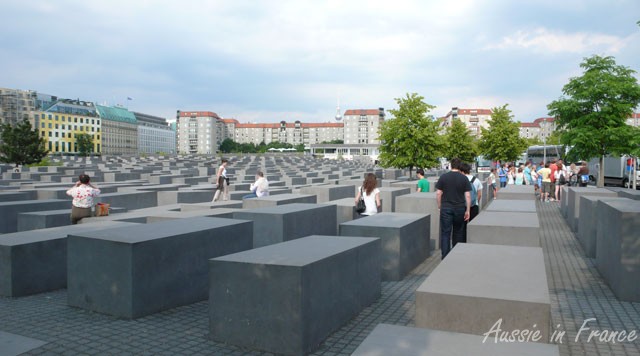 The Memorial to the Murdered Jews of Europe

After consulting with the German exchange student who was staying with us, the first thing we did was to book online for a hotel in the Mitte district for a long weekend and reserve our flights, with the exception of Thoughtful, who wanted to take the train and stay longer with his brother. 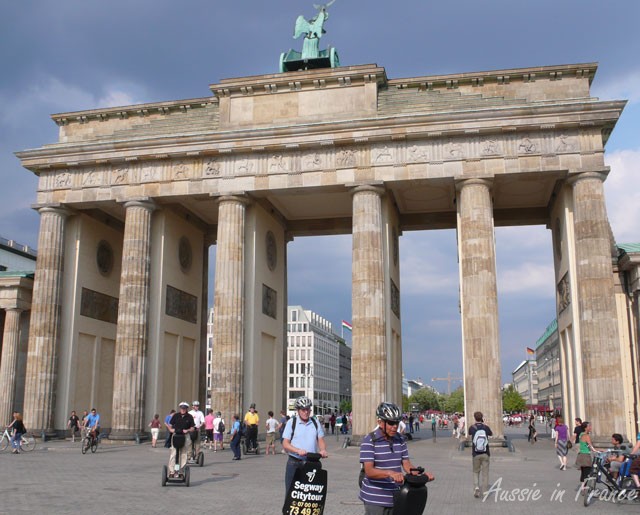 Do you remember that volcanic cloud from Iceland that hovered over Europe and caused havoc with European flights in 2010 for five weeks? Well, it was exactly then. 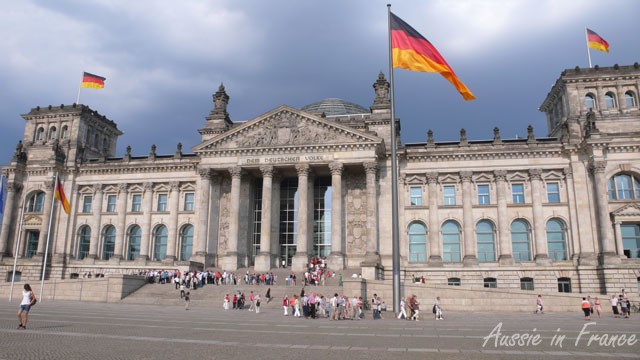 The Berlin Parliament or Reichstag Building

Like the Australian that I am, I suggested we could drive there, but Jean Michel pointed out that it would take us so long to get there and back that it wouldn’t be worth it. So, with the exception of Thoughtful, we had to cancel everything, hoping that we would be able to postpone our bookings and not lose them altogether. 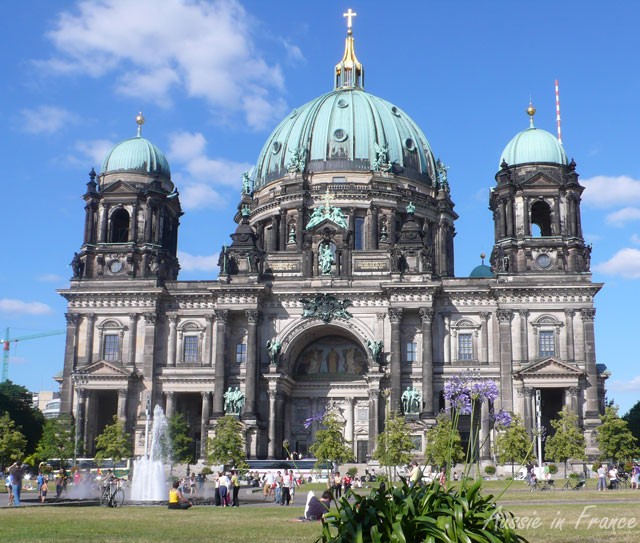 We finally found another date that suited everyone in May – not an easy task – and re-scheduled our flights. Unfortunately we lost the hotel booking as there was no room left on the weekend we chose. Thoughtful took another overnight train ticket. 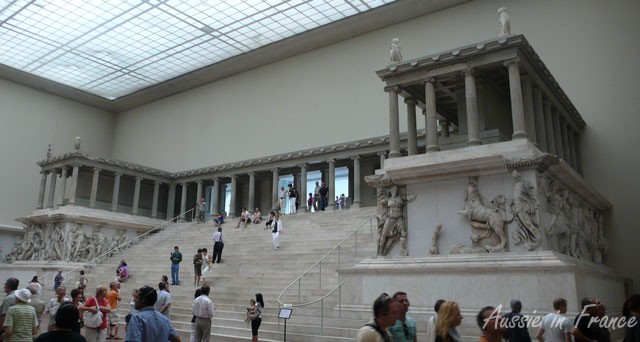 Inside the stunning Pergamon Museum

The day he was to leave, there was a massive train strike in France and his train was cancelled. We jumped on the Internet to find a flight for the next morning. Our plane was full, but we found an earlier one for him. I didn’t double-check the departure date and had pressed the button before realising I had bought a non-reimbursable return ticket for the following day. 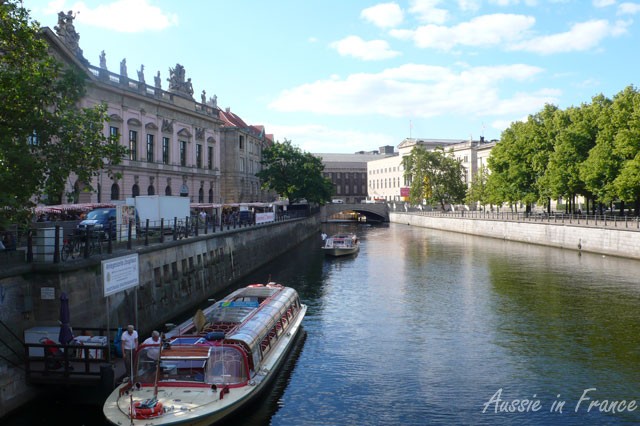 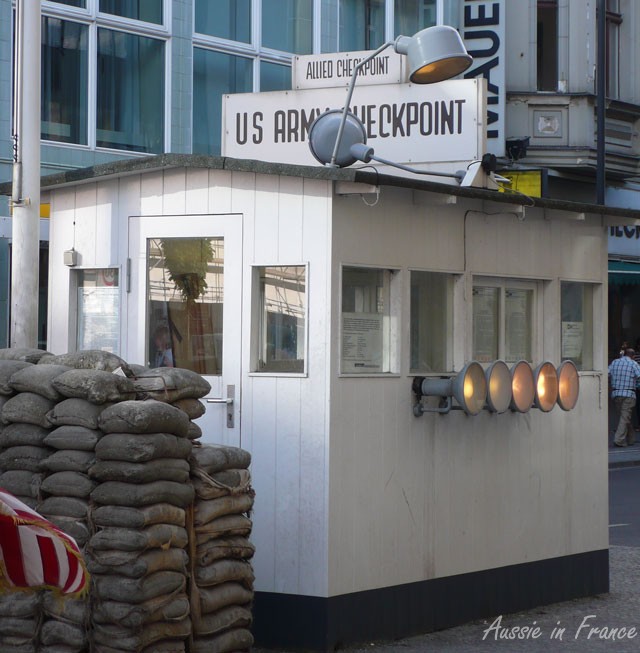 Leonard, Black Cat, Jean Michel and I got to Orly airport next morning in good time (Thoughtful had already taken off) and checked our flight on the board. “There’s a problem with our flight, Mum”, said Black Cat, “It’s been cancelled”.

By then, I was beginning to wonder if the whole thing was jinxed. 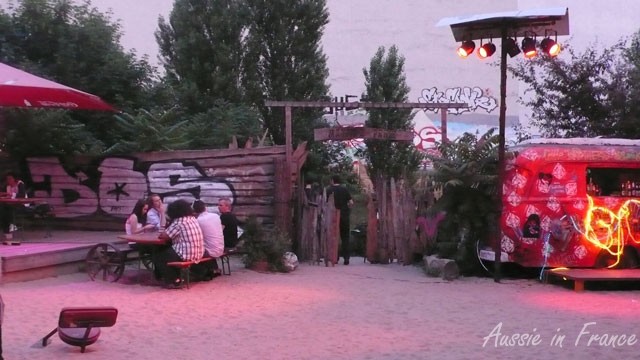 A squat in Berlin – a most unusual experience

We made a beeline for the airline information counter. It turned out there was a strike in Madrid and our plane hadn’t been serviced. We finally managed to find another flight to Berlin via Amsterdam that would only make us 3 hours late but we would have to hurry to make it. Fortunately, we all had carry-on luggage only otherwise they wouldn’t have taken us! 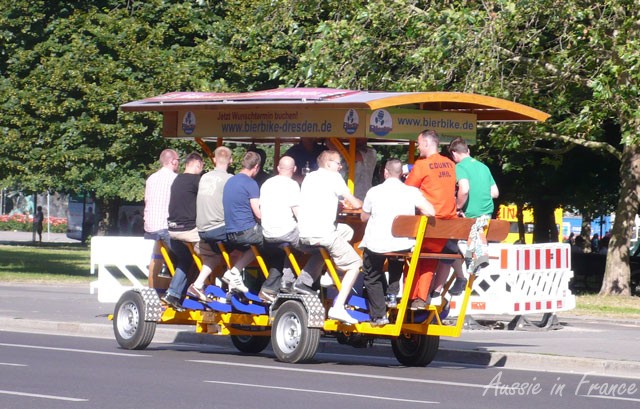 When we finally touched down in Berlin, I heaved an immense sigh of relief! And as you can see from the photos, we had a most enjoyable weekend. You’ll also be pleased to hear that we arrived home without any further mishaps.

This entry was posted in Germany and tagged berlin, Berlin Wall. Bookmark the permalink.

3 Responses to Berlin at Last!