The medieval town of Regensburg at the confluence of the Regen and Danube Rivers in Bavaria, is on the Unesco World Heritage list. Its many buildings of exceptional quality include ancient Roman, Romanesque and Gothic constructions and reflect its history as a trading centre and to its influence on the region from the 9th century. Regensburg’s 11th- to 13th-century architecture – including the market, city hall and cathedral, medieval patrician houses and towers, a large number of churches and monastic ensembles and the 12th-century Old Bridge –  defines the character of the town marked by tall buildings, dark and narrow lanes, and strong fortifications. You may remember our unforgettable meal in its most famous restaurant, Historische Wurstkuchl, when we were cycling along the Danube. 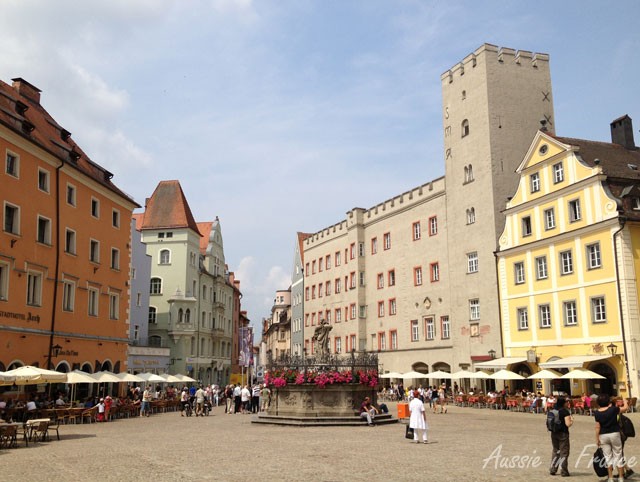 Haidplatz, the Old Town market square with the Fountain of Justice 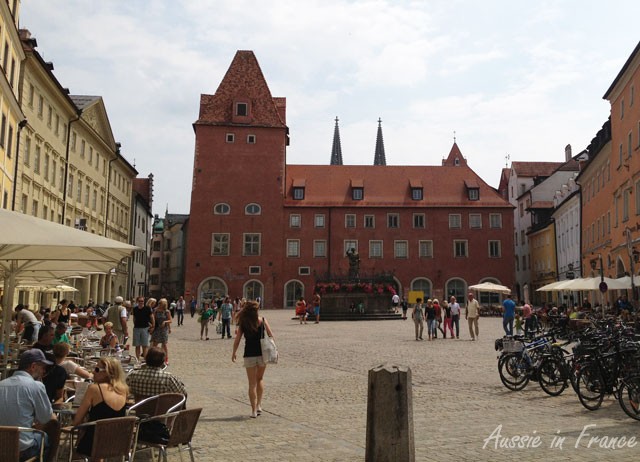 The other side of the market square 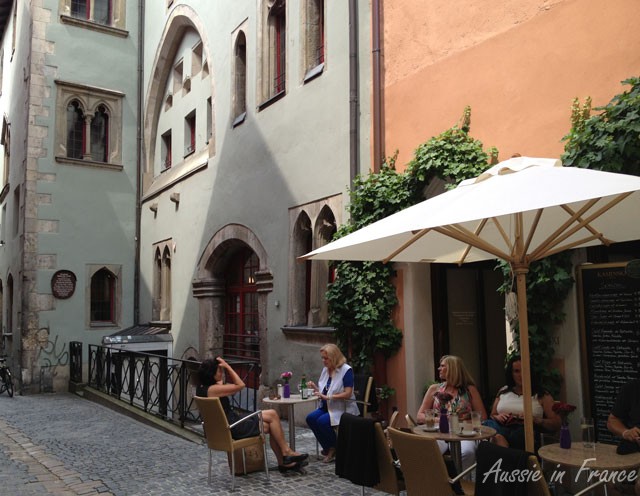 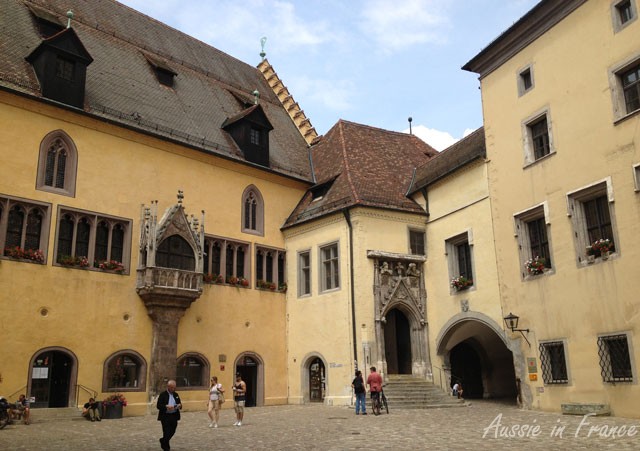 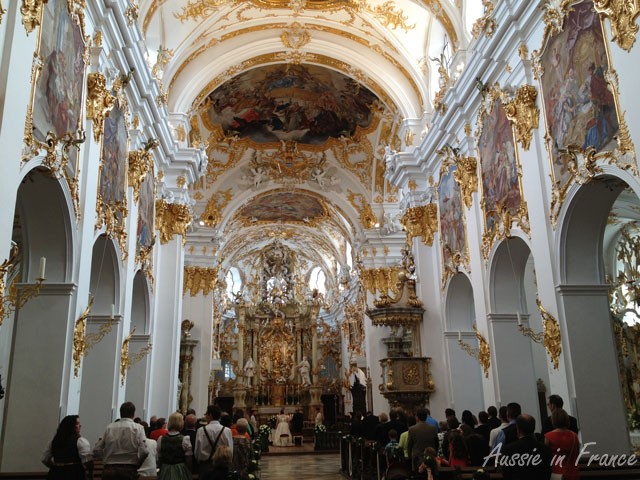 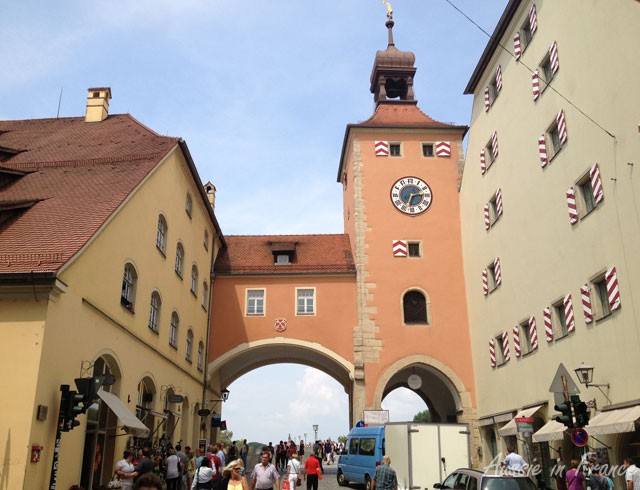 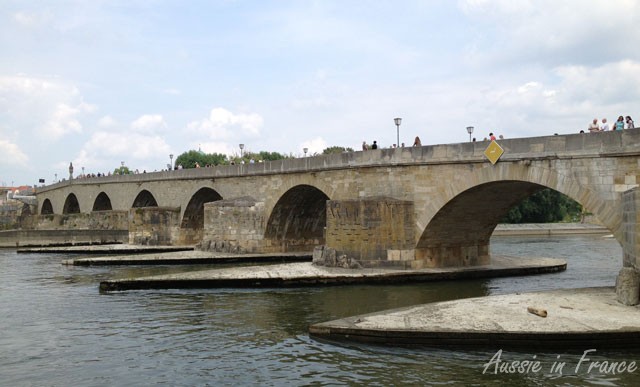 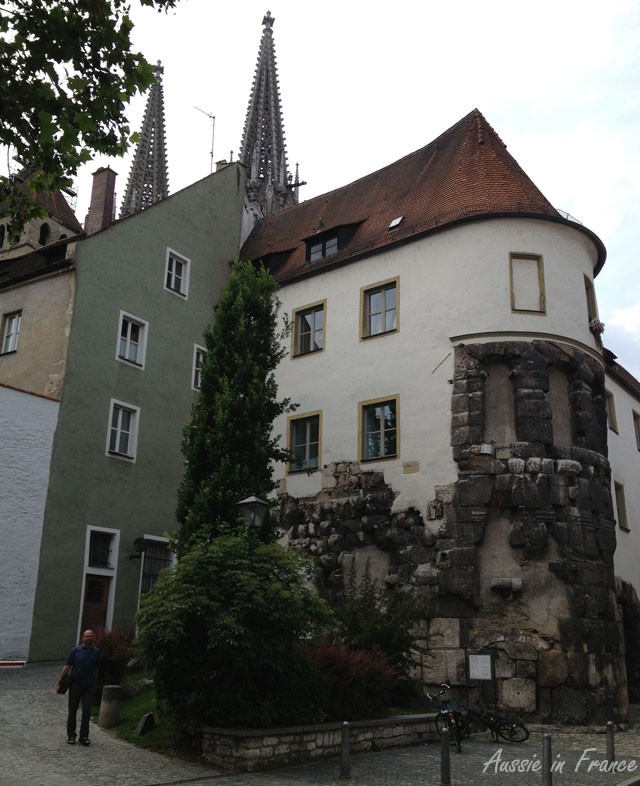 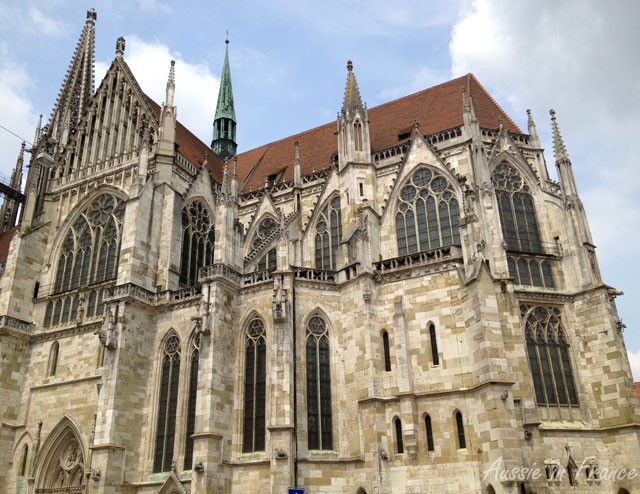 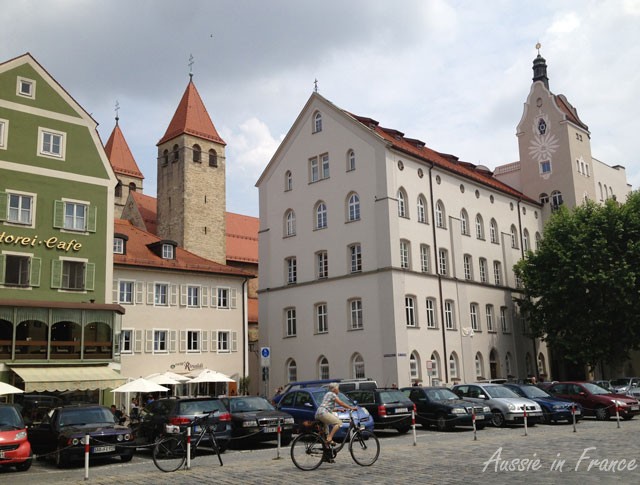