Szentendre, pronounced San-ten-dray, is a charming little town on the Danube about twenty kilometers north of Budapest, very popular in summer it seems as it is easy to get there by boat, bus, train or bike, but only crowded between about 10 am and 6 pm. After that, you can wander down the main street and only meet the locals. And we had one of our best dining experiences this summer at Muvesz in the Main Square. The architecture is mainly 18th century baroque and there are no fewer than nine churches! 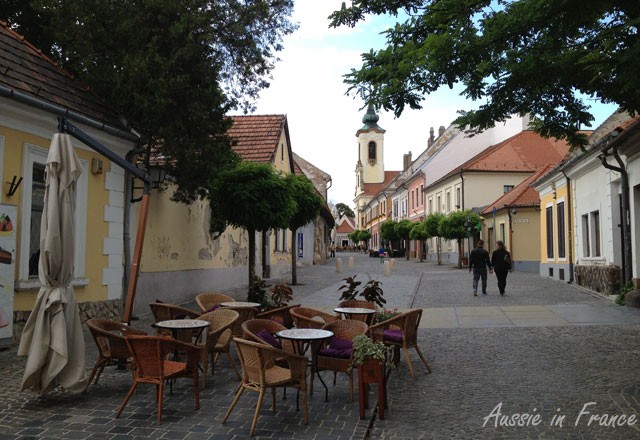 The Main Square with its cobblestones 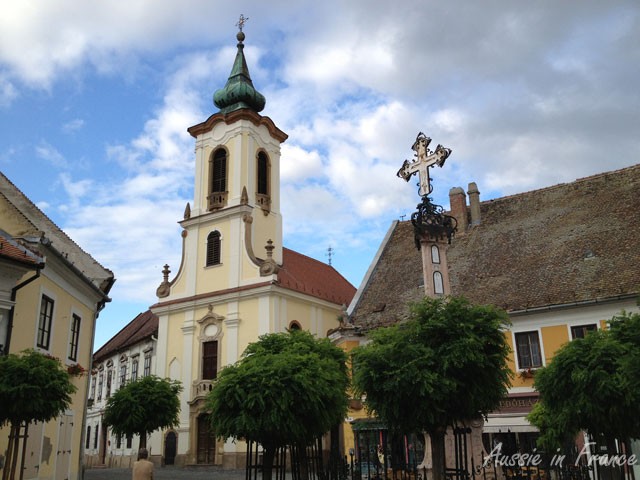 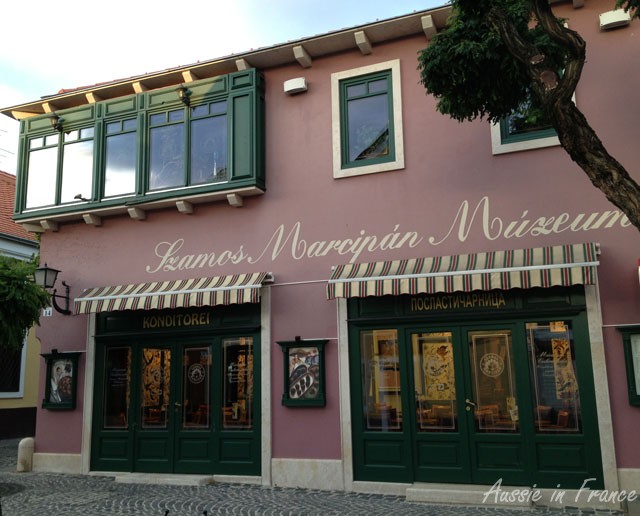 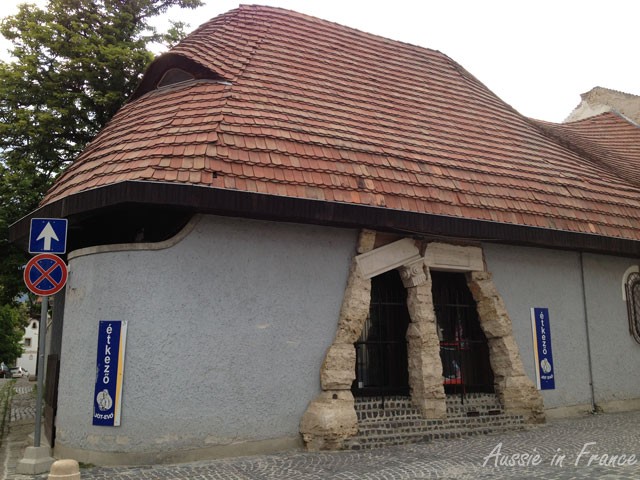 We often saw these tiled roofs with their unusual dormer window 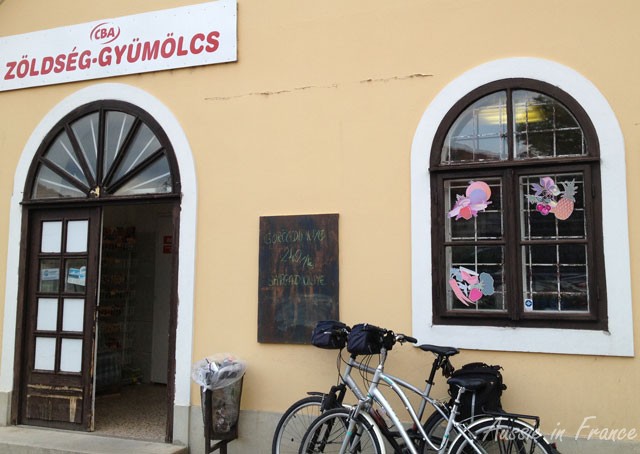 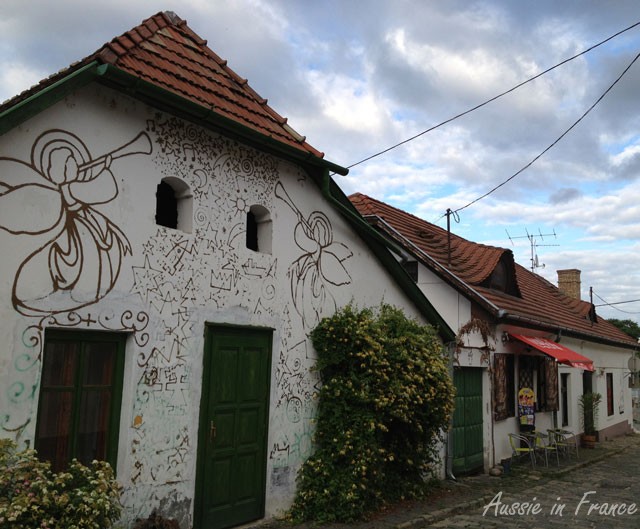 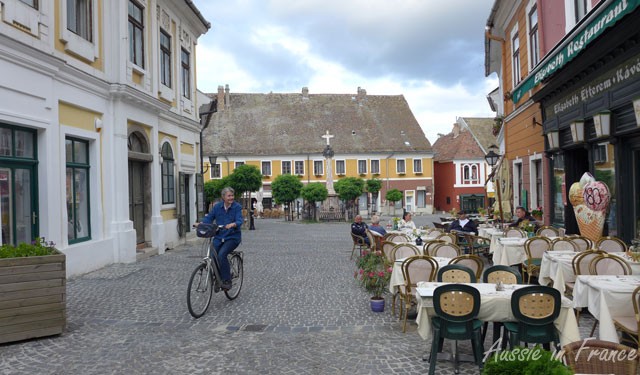 Cycling past the colourful merchant houses after 6 pm 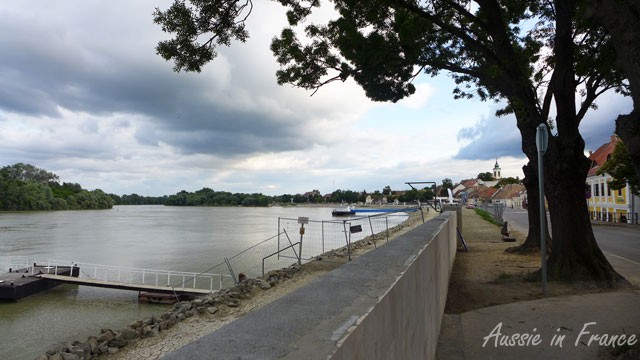 The waterfront at Szentendre after the 2013 floods 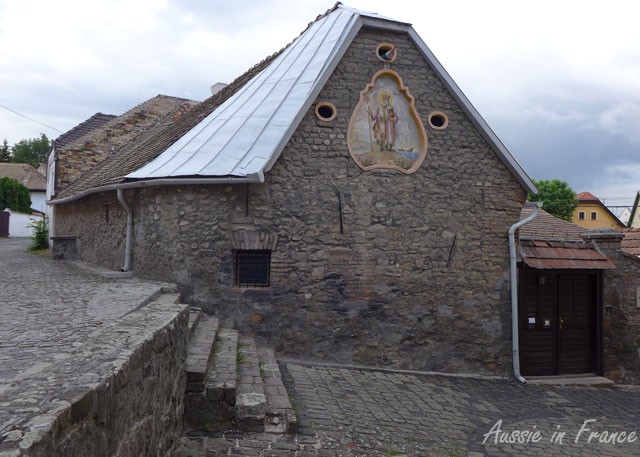 This entry was posted in Architecture, Cycling, Hungary, Travel photos and tagged Hungary, outside Budapest, Szentendre. Bookmark the permalink.