Posted on September 9, 2013 by Rosemary Kneipp

We’re about to miss the European heritage weekend in Paris for the second year in a row. However, we’ll be in Blois so I’m hoping to make some new discoveries. 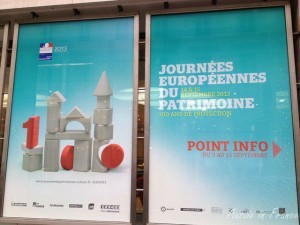 The wonderful thing about the heritage weekend or journées du patrimoine is that buildings usually closed to the public open their doors, mostly free of charge. One of the drawbacks is the crowds, particularly at venues such as the presidential palace at Matignon and Paris city hall (Hôtel de Ville). 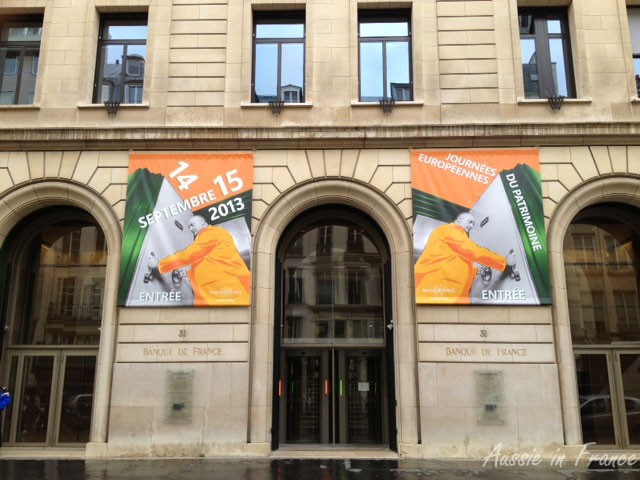 The front of the Banque de France at n° 31

But if you take a look at the list on the paris.fr website you’ll see that there are a lot of other places you’ve never heard of and that are definitely worth a visit. 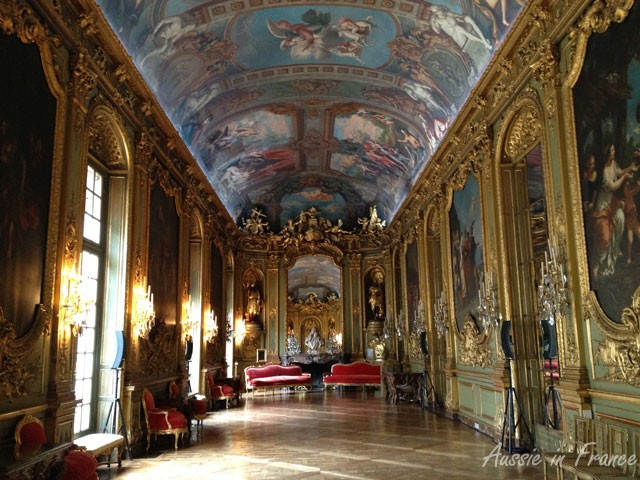 Looking down to the fireplace with the bust of Louis XIV

One of my favourites, which is never crowded, particularly in the morning, is the French reserve bank or Banque de France, in the 1st arrondissement, which contains the beautiful Hôtel de Toulouse built in the mid 17th century by Mansart for Louis Phélipeaux, seigneur de la Vrillière and so called after it was bought in 1713 by the Count of Toulouse, the second legitimised son of Louis XIV and Madame de Montespan. 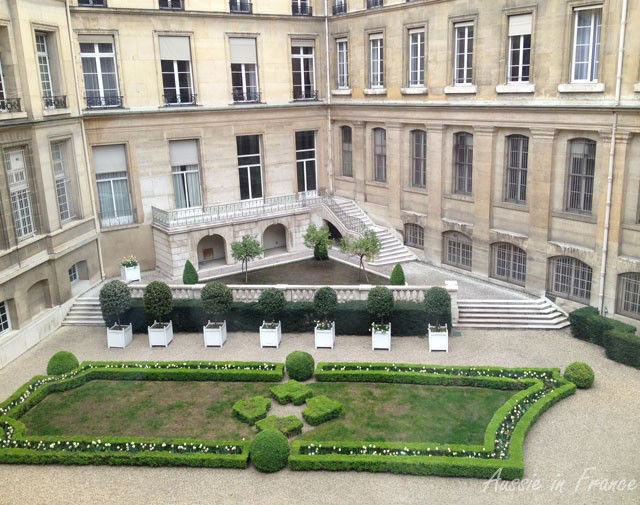 Inner courtyard seen from the Gallery

From the outside, it doesn’t look anything special, but it has several treasures, not the least of which is the Galerie Dorée or Golden Gallery, 40 m long by 6.50 m wide. It was initially designed to present De la Vrillière’s collection of Italian masters. When the Count of Toulouse came along, he kept the paintings and incorporated them into the new decor which is a stunning example of the Régence style. 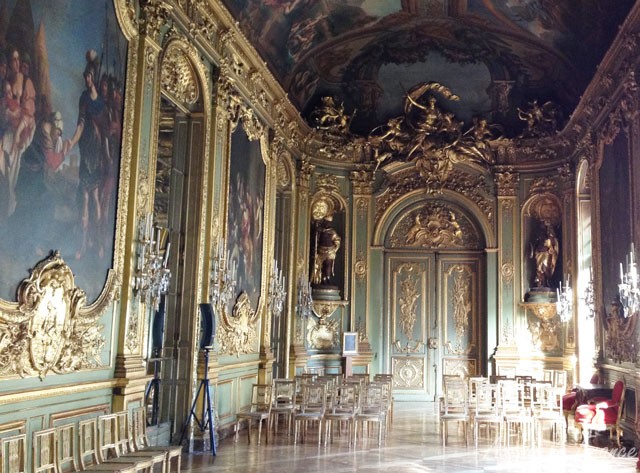 End of the gallery leading to the main entrance 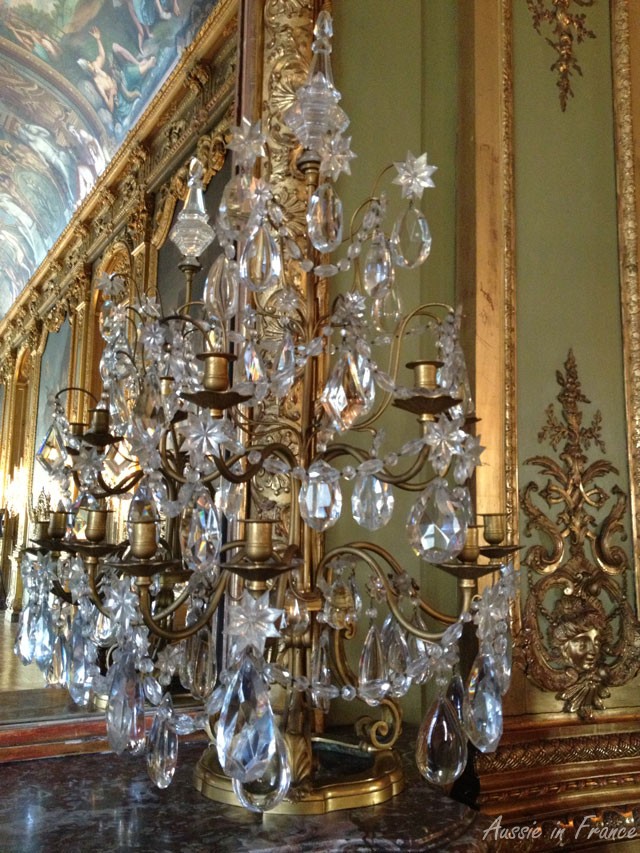 One of the sparkling clean chandeliers

Mouldings, chandeliers, mythological allegories, trophies and animal motifs abound fully expressing the Régence style, which formed a transition between the rich solemnity of the Louis XIV style and the baroque elegance of Louis XV. 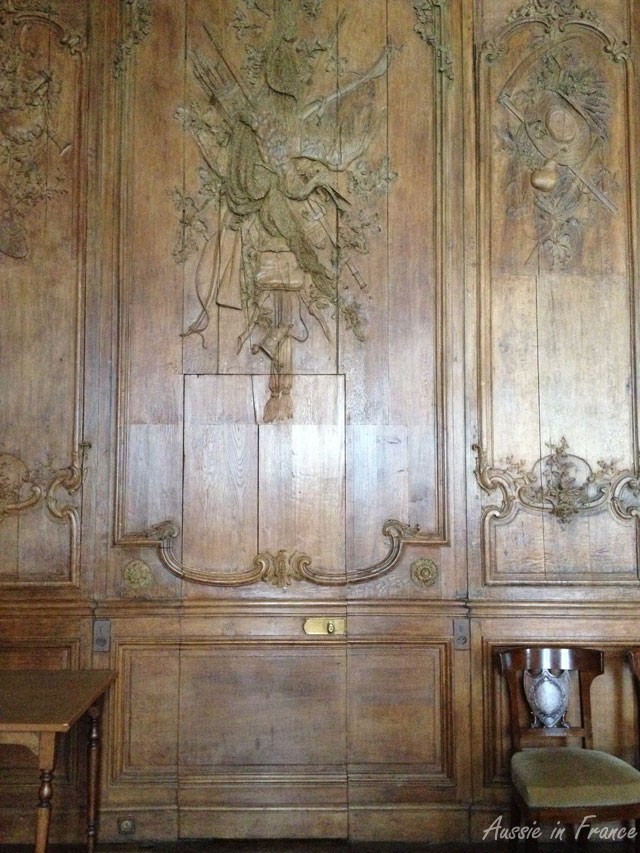 Wood panelling hiding a door into the Gallery

You’ll also see the Council Dining Room which its sculptured wooden panels which is thought to come from the former Château de Quincy-sous-Sénart, a hunting lodge owned by the Count of Provence, Louis XVI’s brother. This is definitely my favourite after the Golden Gallery. 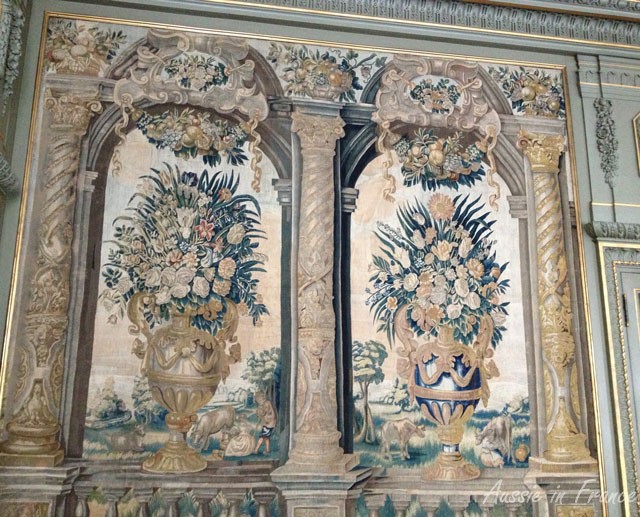 Tapestries in the Council Room

But I also love the Council Room with its 5 Brussels tapistries from the mid 17th century, forming a sort of winter garden popular in Flanders throughout the century. 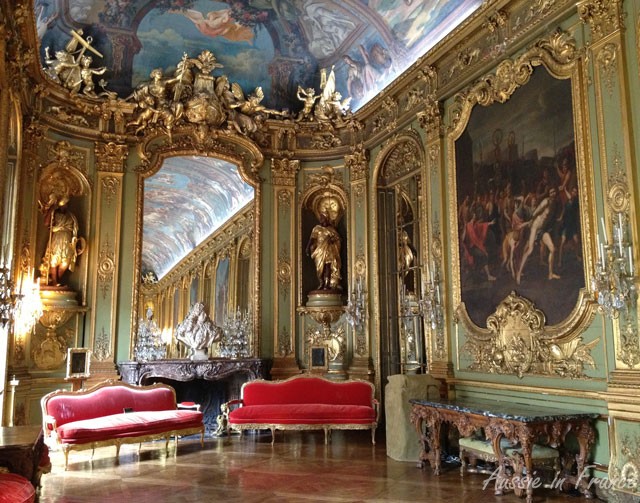 A close-up of Louis XIV

The beautifully decorated governor’s offices are also open to the public. The main entrance at n° 31 is through the new atrium, which is considered to be somewhat of a technological feat.

For those who won’t be in Paris next weekend, you might like to go on a virtual visit of the Golden Gallery on the website of the Banque de France.

Banque de France 31 rue Croix-des-Petits-Champs, 75001 Paris.
Saturday 14 and Sunday 15 September, 10 am to 7 pm (last entry at 6 pm)
If you enjoyed reading this, don’t forget to subscribe to new posts – that way you’ll get them directly on your smart phone or in your mail box! And I love to hear your comments!