Posted on September 12, 2013 by Rosemary Kneipp

With the journées du patrimoine coming up, I thought I’d take a look at the word patrimoine. It’s an interesting word because it has so many different meanings all connected with its Latin origin of patrimonium meaning property inherited from a father.

Let’s start with the journées du patrimoine, which is part of the European Heritage Days initiative launched by the Council of Europe in 1991. The meaning is the same as the Unesco World Heritage List except that in French it’s just patrimoine mondial. You don’t need to follow it with “list” or “site” e.g. Capitale de la Chrétienté  au Moyen-âge, Avignon a gardé de son Histoire un patrimoine d’exception dont une grande partie est inscrite au Patrimoine Mondial de l’Unesco. Points for the person who finds a decent translation for that sentence! 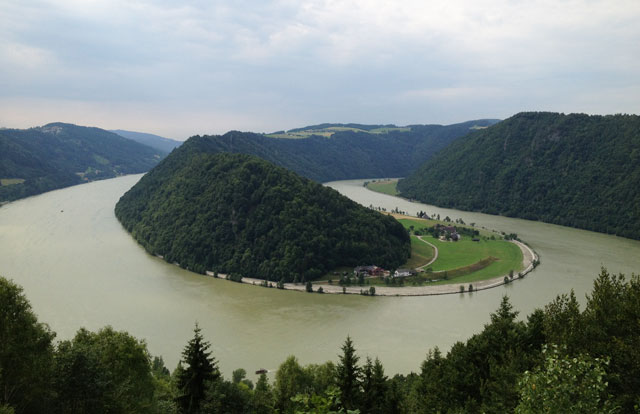 Then we have patrimoine héréditaire – inheritance – which obviously means that a patrimoine is not necessarily inherited. Any one can have a patrimoine immobilier, for example, and  it doesn’t have to be inherited. In this case, we’d talk about property or real estate in English. Patrimoine social, on the other hand, designates public housing.

While we’re at it, we can have a look at immobilier which is opposed to mobilier. You’ve no doubt seen “Agence immobilière” on what is obviously a real estate office. The root is mobilis from the very movere to move which means that immobilier can’t be moved. In French, it’s both an adjective and a noun: investir dans l’immobilier  – to invest in real estate.

There’s another word that home owners in France will be familiar with and that’s foncier as in taxe foncière or property tax. The word comes from fonds de terre, fonds having the same root as our fund, and terre meaning earth. A property owner is a propriétaire foncier and income from property is revenus fonciers (note the plural).

Mobilier is the opposite: it can be moved, and is the usual word for furniture. It also has the more technical meaning of personal or movable property. Mobilier de bureau is office furniture, as you would expect and mobilier urban is street furniture, which always seems less strange to me in French than in English.

And what do we with fixtures and fittings in French? The usual term is aménagements intérieurs while fixtures in a building in legal terms is bien immeuble. But you may already have heard immeuble in another context.

In legal terms, it means real estate, but is generally used to mean a block of flats or offices i.e. un immeuble d’habitation or un immeuble de bureaux. Un immeuble de sept étages has a ground floor and seven upper floors, known as an eight-storey building in the US, if I’m not mistaken and a seven-floor building in the UK and Australia. And just in case you are thinking of investing here, an investment property is un immeuble de rapport.

And if you’re in France or Europe on 14th or 15th September, enjoy the journées des patrimoine.