Posted on September 26, 2013 by Rosemary Kneipp

I’m walking along the street near the Louis Philippe Café behind a young man of about 30, talking loudly on his iPhone and madly gesticulating. “600 euros“, he says, “Un truc de ouf!” and I immediately think of my daughter in New York because it’s one of her expressions. 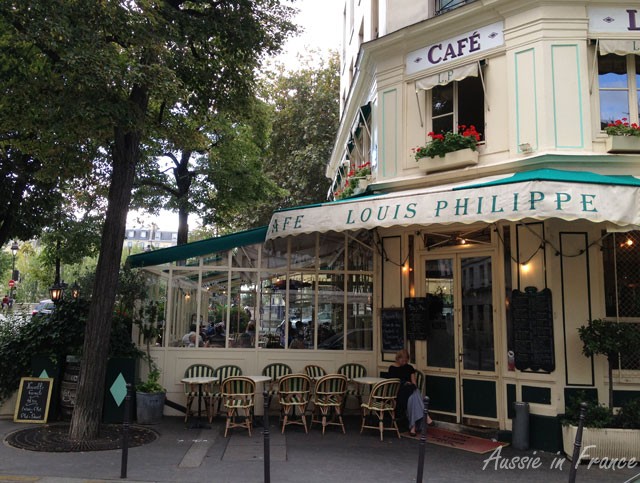 Truc, truc muche, machin truc, have all been around for a while, but truc de ouf is more recent. So what, exactly, is a truc?

You can combine it with chouette too, as in machin chouette or go the whole way and say machin truc chouette. You may remember about chouette from my previous post on Spanish cows.

However, truc is also used more specifically, in contexts such as  les trucs du métier, meaning the tricks of the trade, or on le connaît, leur truc = we know what they’re up to.  Il n’a pas compris le truc means he hasn’t got it. Here, it’s no longer a substitute but an actual expression. Il y a un truc! there’s a trick to it! or something’s gone wrong (depending on the context).

Why trucmuche? Muche, it seems, is a (little used) suffix added to any word to make it more incomprehensible. I don’t know what its origin is though.

Truc de ouf is actually verlan, which is a particular kind of French backslang. You invert the syllables and then cut off anything you don’t like to make it sound like a word. Meuf = femme, keuf = flic (slang for police), keum = mec, beur = Arabe.

I may use truc (not often, though, and only when it’s not a substitute, because I’m a maddening purist most of the time), but I would never use truc de ouf or I’d sound like mutton dressed up as lamb, for which I  have never found an equivalent in French, by the way, probably because it doesn’t seem to be a concept here. My grey hair makes me stand out in the crowd!