This week’s Blogger Round-Up starts in a museum and ends in a cemetary. Daisy de Plume, whom you may remember from the THATLou treasure hunt I participated in recently, tells us all about the Orangerie Museum; Bread is Pain, in her usual humouristic musings, recounts the difficult ascension of the potato in France; while fellow Aussie Susan from Days on the Claise reports on a new French appellation, the lapin gris de Touraine. Enjoy!

by native New Yorker Daisy de Plume, who has lived in Paris for nearly a decade and created THATLou to share her passion for art and her unique approach toward making the museum experience fun and accessible to all 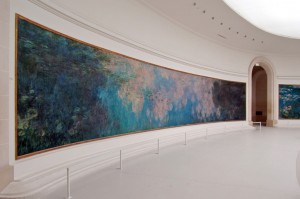 Now that’s a great photo, no? Lilian Lau is a jack of many trades: from an École normale supérieure post-doc science researcher to a wonderful travel writer (links to a sampling are below). After first meeting her at last January’s THATd’Or  created in conjunction with theAFMO, Lilian generously put me in touch with Camille Breton, of Science Académie, for whom I built the Arts + Sciences hunt. Since then we’ve been having lovely lingering lunches between her globetrotting flights. Here she picks up on the Museum Musings(which I had initially intended to be a “monthly” museum musing, but alas time has required that first M to be dropped!). Without further ado: Read more

“What tha…why is there a potato on that tombstone,” I turn, looking at MB questioningly.  We are on a tour of Pere Lachaise cemetery in Paris.

“Quoi,” he asks, looking towards the grave, apparently he doesn’t know why either.

“Ah,” our tour guide walks over and joins us, bringing the rest of the group.  “This is the grave of Parmentier, the man who introduced potatoes into French cuisine.” Read more 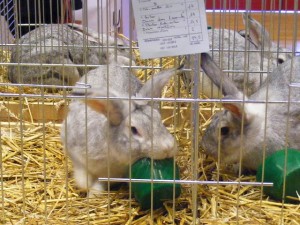 This type of grey rabbit used to be well known to the inhabitants of Indre et Loire and by the early 1900s it had begun to be called le lapin gris de Touraine. They were raised for meat and fur, but although still common on farms in the area in the 1950s, by the end of the 20th century they had almost disappeared. It has just received official recognition as a breed, after a group of enthusiasts worked on saving the rabbit from extinction. Read more