I was doing a translation today and had to find a solution for the word parapharmacie. A parapharmacie is a shop that sells everything you would find in a French pharmacy except medication, and you usually pay a lot less. 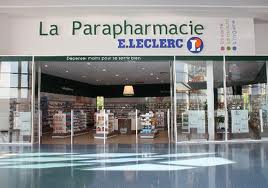 From my FaceBook research today, it seems that there is nothing similar in the UK. I don’t know about the US. Parapharmacies also sell certain brands of dermocosmetics that are not sold in department stores or large supermarkets.

I go there to buy shampoo, skincare products, bandaids and make-up.

In France, there are no pharmacy chains such as Boots the Chemist although some pharmacies may use a central buying office. Most pharmacies are independently owned. The parapharmacies, however, are usually chains. The Leclerc hypermarket and supermarket chain has its own parapharmacie.

The suffix para comes from Ancient Greek παρά  meaning beside; next to, near, from; against, contrary to” which means that there are a lot of very different words starting with para.

A paramedic in English however is a healthcare professional who works in emergency medical situations which means that most paramedics are based in the field in ambulances, emergency response vehicles and specialist mobile units. In the hospital, they may treat injuries. So not the same thing at all. Paramedics are all paramédical but not the opposite is not true.

Parachute, which comes from para and chute (fall) is actually a French word.

A parapluie keeps off the rain. When he was little, my son called it a rainbrella in English which we thought was very cute of course.

So, what did I do about parapharmacie in my translation? Since it was a didactic text aimed at instructors, I was able to explain the term then use parapharmacie in Italics, but it’s not always that simple!

This entry was posted in French language and tagged Friday's French, paramédical, paramedics, parapharmacie in English. Bookmark the permalink.