Posted on January 9, 2014 by Rosemary Kneipp

OK, this maybe isn’t the brightest subject in the world but it’s a very interesting false cognate. The first time I heard the word incinération used in French in relation to death I thought it was a joke. I couldn’t believe that incinération could really be the French word for cremation. But it is. And the verb is incinérer. It sounds so down to earth. They do say crématorium though and not incinérateur (except when talking about the cremator or high-temperature furnace). It seems, however, that with today’s environmental focus on waste incineration, crémation is becoming the more usual term. 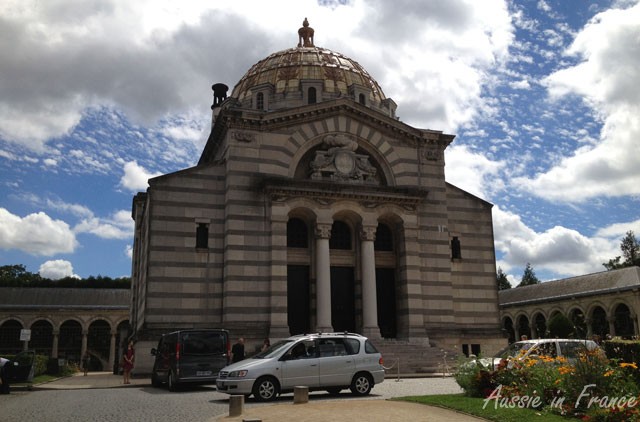 Not that I’ve been to a lot of crematoriums – or burials (inhumations) for that matter, I’m pleased to say, despite my age. In France – and this is borne out by IPSOS, the national survey institute – the trend is definitely towards cremation. 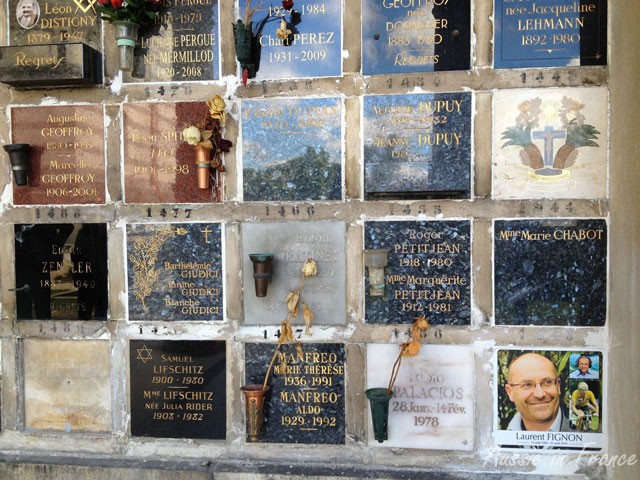 Columbarium at the back of the Crematorium at Père Lachaise Cemetary

The nicest crematorium I’ve been to is Père Lachaise. An English friend’s mother was cremated there last summer. Given its celebrity, I would have imagined that it would be restricted to people living in the area, but apparently not. 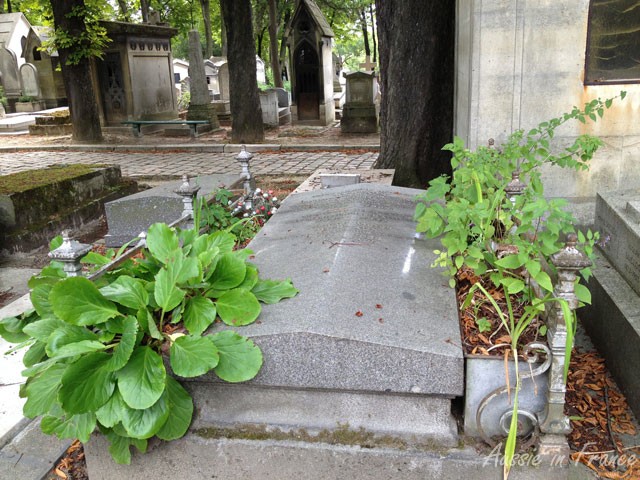 Peaceful gravestones at Père Lachaise near the Crematorium

Before the ceremony, we wandered around the surrounding graves and it felt very calm and peaceful.

But I’m getting sidetracked. Another word used in relation to crématorium is columbarium from the word colombe which means dove. The columbarium is a wall with lots of little niches in which urns can be stored. The first time I heard the word was in the Cinque Terre where cremation is preferred to burial due to lack of space. 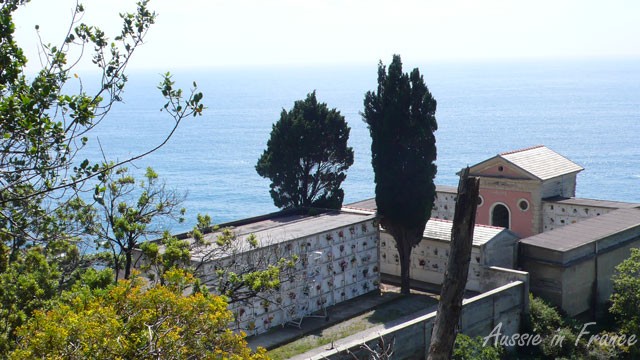 I don’t know about other countries but in France, you can’t just do anything with a person’s ashes (cendres). If you wish, you can disperse them in a site cinéraire in the crematorium, sometimes called a jardin de souvenir. If you’d like the ashes to be dispersed at the foot of a tree or shrub, it’s called mémorialisation. 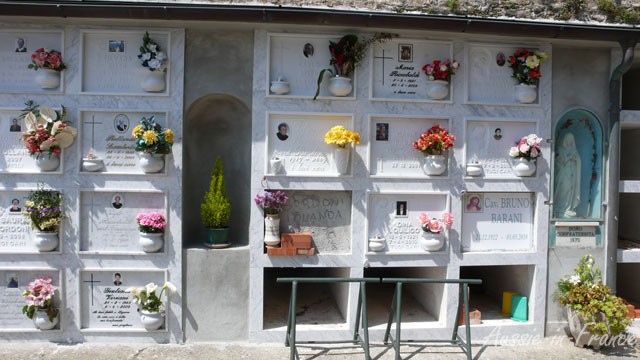 Close-up of the columbarium in the Cinque Terrae

Outside the crematorium, ashes can’t be dispersed near a place of residence, so that rules out private gardens. Larger areas such as forests and meadows are possible, provided you have the owner’s authorisation. Dispersing them at sea is fine if you respect maritime law. You have to declare that the ashes have been dispersed at the town hall of the person’s birthplace.

You can bury the urn containing the ashes on private property if you obtain autorisation from the préfet first.

I found all that information in a little brochure at a crematorium in Greater Paris.