“She’s very mundane”, a bilingual French-English speaker said to me recently, obviously thinking that mundane means the same thing as mondain. To start off with, in English, we wouldn’t use mundane to describe a person, but rather something more abstract such as life or existence. Mundane means dull and ordinary or relating to ordinary life on earth rather than to spiritual things. 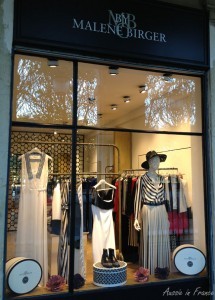 Mondain, on the other hand, relates to the social life of what the French now surprisingly call people and what we call celebrities. It also refers the social habits of the bourgeoisie in which relations and conversations are always superficial.

What my friend really meant to say is “She’s a socialite”. Whenever we want to express the idea of mondain, we nearly always need to have society or social in there somewhere.

Il a le goût pour la vie mondaine = He has a taste for society life (or the high life).

Ce festival est l’évènement mondain de l’année = The festival is the society event of the year.

“Mundane”, on the other hand, probably needs a different translation every time.

I’ve kept “mundane existence” for last because it’s a bit trickier as it has two meanings. A mundane existence can refer to a non-spiritual existence in which case it would be une existence terrestre or profane. However if we’re just referring to the fact that it’s dull and ordinary, we would say une existence banale ou une vie banale.

Speaking of banal, that’s another word which doesn’t mean quite the same in French and in English. Actually, it’s not the meaning that differs so much as the usage. Banal in English means commonplace or trivial, which is more or less what it means in French, particularly when it refers to a lack of originality. However, in English, we don’t say people are banal as we do in French; we say they’re ordinary or run-of-the-mill.

Une vie banale could also be translated as a humdrum life.

And to finish up, here’s a very common expression in French: Ce n’est pas banal.

How would you say it in English? And maybe you have some other examples (with their translations!) of mundane, mondain and banal.

This entry was posted in French language, Uncategorized and tagged banal in French, Friday's French, mondain in English, mundane in French. Bookmark the permalink.