Seven years ago, we had an aperitivo on the terrace of the mythical Caffè Florian on Piazza San Marco, Venice’s oldest café, which dates back to 1720. This time, we’re having a late breakfast, but inside, surrounded by romantic art deco work. Yesterday’s beautiful sunshine has been replaced by thunder and rain. 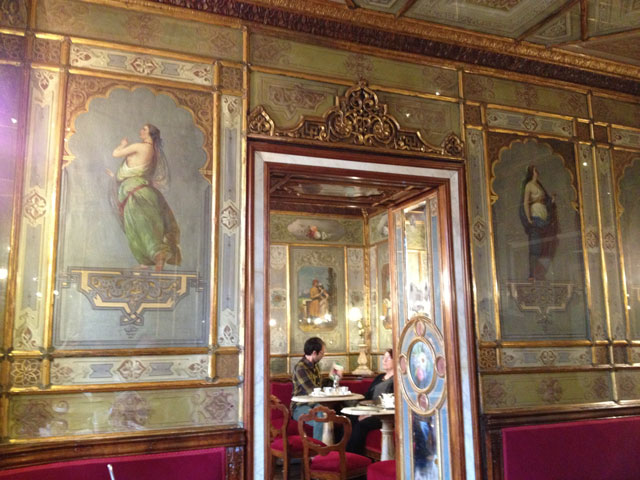 Inside decor of Caffè Florian

Through the open window, we can hear the café’s live musicians, a wonderful way to start the day. 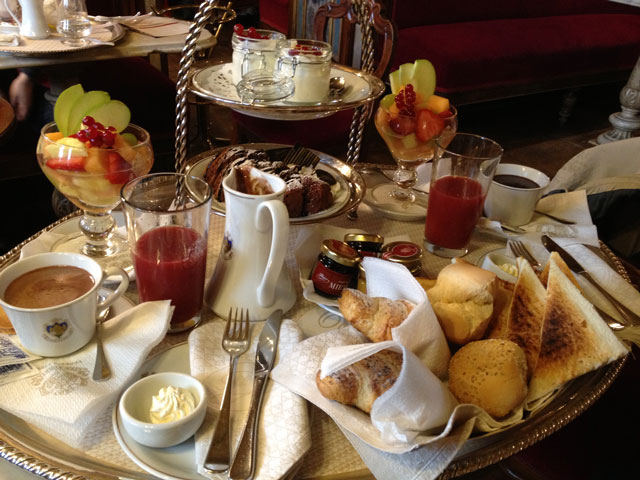 The waiter asks if we want to share but Jean Michel looks alarmed so we take one each. No need for lunch! It isn’t as good as Angelina’s but we still enjoy it and the presentation is certainly worth it in any case. Most of the other people who come in order coffee and sometimes cake. One couple shares a Casanova. 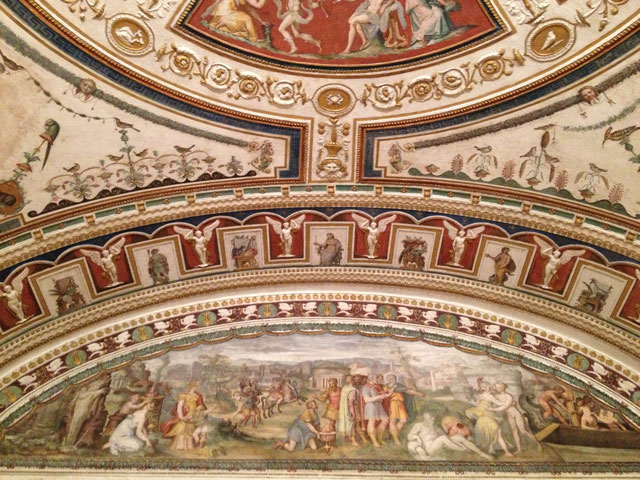 The rain doesn’t let up all day so we mostly stay indoors. After our siesta, we go to visit Palazzo Grimani, built in the sixteen century and famous for its ancient Roman decor. The frescoes are impressive but the general effect is somewhat disconcerting with its somewhat eclectic ancient Roman marble doors and fireplaces. 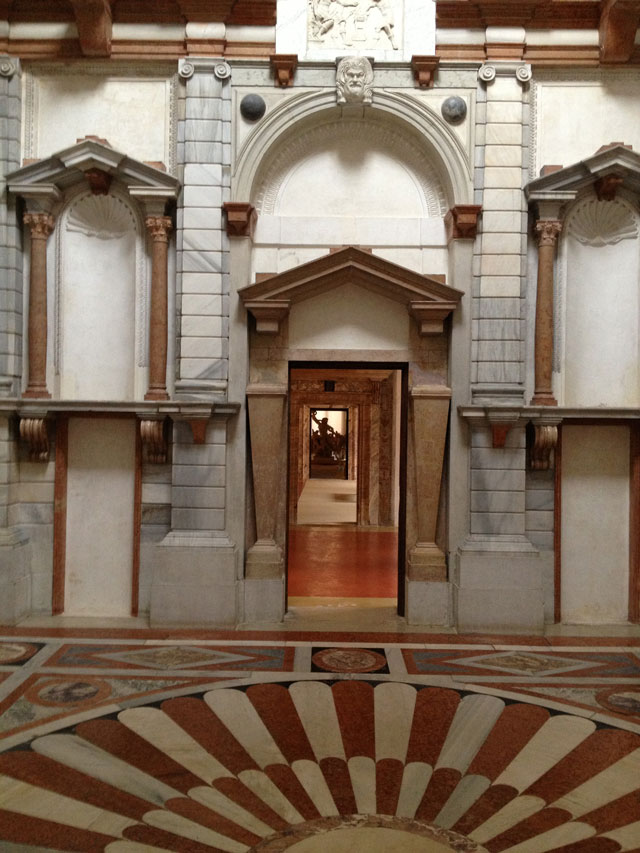 Series of doors and alcoves in Palazzo Grimani

The main advantage is that we buy a double ticket to include the Academia which means we won’t have to queue when we go there later this week.

The rain lets up and we are able to wander around a bit. We eventually come across a restaurant we remember well from our last visit, Hosteria Al Vecio Bragosso, recommended by the young man at our hotel and run by members of his family who told us that the fish served was very fresh because his cousins were fishermen. 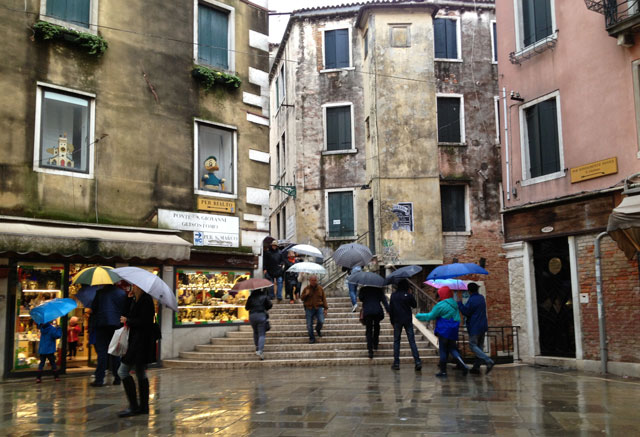 Rainy view during our aperitivo

After reserving a table, we have our aperitivo on the terrace of a small bar with an awning to keep off the rain which has started again in earnest. We try a soave this time instead of our usual pinot grigio and decide we like it better. 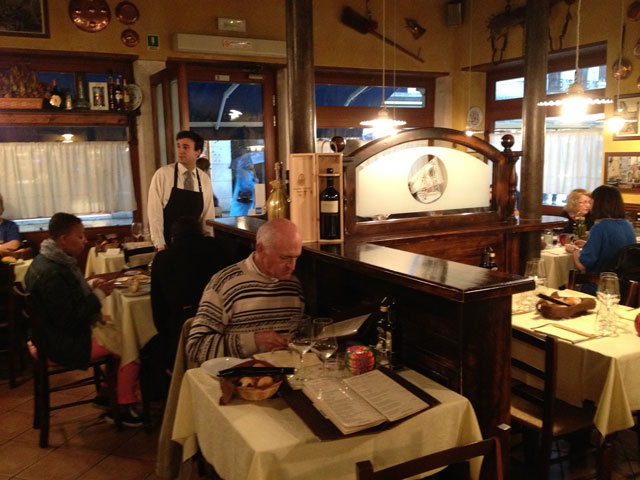 At Al Vecio Bragosso, the staff are very friendly and speak both French and English but still let me order in Italian which is part of the fun for me. We share a delicious raw fish dish of scampi, tuna, sea bream and prawns as a starter, then Jean Michel takes the mixed grill of fish while I have the fried fried fish, with grilled vegetables on the side, all of which are excellent.

It pales a little in comparison with as our first experience when we came with a recommendation and had several raw fish dishes off the menu, but we can still definitely recommend it. It’s best to book as it seems to be popular with the locals  and in several guidebooks.

Tomorrow we should have better weather – we hope so, in any case!