Posted on September 12, 2014 by Rosemary Kneipp 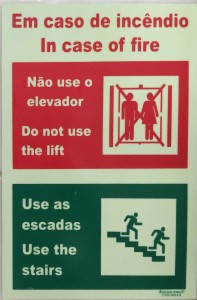 My first contact with Portuguese was during my honours year of university in Australia when I studied and fell in love with Romance Linguistics, which is the story of how Latin turned into Italian, French, Spanish, Portuguese and Romanian. It was like a jigsaw puzzle – and I had always liked jigsaws.

I found it absolutely fascinating to learn that flos, the word for flower in Latin should have become fleur in French, fiore in Italian, flor in Spanish and Portuguese and floare in Romania. Castellum turned into château, castello, castillo, castelo and castel. Not only that, but the changes are systematic: fl in Latin nearly always gives fl in French, fi in Italian, fl in Spanish and Portuguese. And ditto for ca which remains the same in all the languages except French where it becomes ch.

I have since studied French, Italian and Spanish in greater detail and still get a kick out of the systematic changes you can see: blanc, bianco, blanco for white ; pluie, pioggia, lluvia for rain, and so on. But this is my first real contact with Portuguese.

The first thing I noticed is that the “l” has disappeared from definite articles : o, a, os, as and not il, la et les.

Otherwise it often seems a mixture of Spanish and Italian when it’s written – but not when it’s spoken.

I’m kicking myself for not having at least learnt some basics with the help of my Portugueuse cleaner before I left!

I’ve now mastered obrigada (thank you) which is like saying (I’m) obliged. As a result, Jean Michel has to say obrigado.

I downloaded an app on my iPhone (not lost or stolen yet) to help with pronunciation. We weren’t sure how to say azulejos (those beautiful ceramic tiles they have everywhere). It sounds like a-zu-lie-si (with s being pronunced like the s in Asia). I can tell you, it’s going to take me a lot longer than a week to master that one!

I also learnt something very interesting about the days of the week. Unlike the other Romance languages, Portugueuse has a totally different system. Sabado (Saturday) and domingo (Sunday) correspond to most of the others but Monday to Friday are a different kettle of fish: segunda-feira, terça-feira, quarta-feira, quinta-feira and sexta-feira meaning second, third, fourth, fifth and sixth feast day.

There are a couple of explanations, one being that they were called according to the fair (feira) that used to take place on that day many moons ago. A feira is a set of tents pitched in the street where you can buy vegetables, fruits, and other foods.

Another explanation is that, because of the pagan origin of the original names of the days of the week, Martinho de Dume, a sixth-century bishop of Braga, in what is Portugal today, changed them to correspond to the full observance of an Easter week.

Domingo (Sunday) has its origin in the Latin expression for the Day of the Lord, sabado was named for the Hebrew word Shabbat while the other days come from the Latin terms for “second/third/fourth/fifth/sixth day on which one shouldn’t work” (in observance of Easter week).

Whatever the explanation it’s a bit confusing when reading a bus timetable!

This entry was posted in French language, Portugal and tagged days of the week in Portuguese, Friday's French. Bookmark the permalink.

5 Responses to Friday’s French in Portugal