I have three totally different subjects for this week’s blogger round-up. Susan from Days on the Claise gives us a lively and interesting history of Blois Castle, while Mary Kay from Out and About in Paris takes us to Sicily where she spent New Year in the snow, starting with Marsala. To finish off, Phoebe from Lou Messugo talks about French slang for money. Enjoy!

Things we never said: the château of Blois

Blois is somewhere we drove through many times before we moved to France, as it’s on the road to the Paris airports.

However, until March ’14 we had never visited the chateau, despite knowing that it is somewhere that really repays a visit with many treasures and some good renaissance architecture, both things of which we are particularly fond. So here are some highlights:

The chateau sits in the middle of town. It was purchased by Louis d’Orléans, brother of mad Charles VI, at the end of the 14th century under somewhat scandalous circumstances when he seduced the young wife of the previous owner. His son Charles inherited, but taken prisoner at the battle of Agincourt, he was held in captivity for 25 years. Finally in 1440 he was able to return to Blois, which became his favourite residence. He spent the next 30 years writing poetry and rebuilding the chateau, a reaction to the end of the Hundred Years War that was not untypical of his class. Then to everyone’s amazement, he fathered a son and heir at the age of 71. Read more

Marsala: Pantone’s 2015 Color of the Year, a fortified wine and a town in Sicily 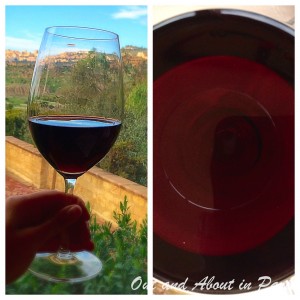 Marsala. It’s THE current buzz word among fashion and interior designers, make-up artists and graphic designers. Some love it and some hate it. Yet, chances are that you’ll see a lot of this terracotta red shade in 2015. It’s going to be on the catwalks of Paris, the wall of your trendy friend’s apartment and on fashionistas’ lips. Marsala is Pantone’s Color of the Year.

To kick off my series of posts about our recent vacation in Sicily, I thought I would start with a short one about Marsala. This charming town located on the island’s windswept western coast is famous for its glistening white marble streets, stately baroque buildings and fortified wine. Read more

Money, slang, synonyms and all that … 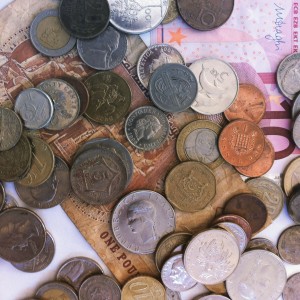 Something my son said a few days ago got me thinking.  He said the word “argent” (money) has the most synonyms in the French language.  I can’t vouch that this is an absolute fact as it’s an incredibly hard thing to verify but it would appear to be highly likely from the research I’ve done. Using several dictionaries, Wikipedia and talking to my sons and French friends I’ve come up with a list of 102 words! So even if that’s not the most differences for one little word, it’s certainly a hellava lot. Read more