Posted on December 2, 2015 by Rosemary Kneipp

I am an avid reader and being a translator gives me every excuse to indulge my passion. If I didn’t read at least one or two books a week, I could lose my English. Not that I haven’t lost it a bit anyway. Speaking and hearing French all day has a tendency to contaminate my native tongue and I end up writing things like “vigilante” instead of “security men”. 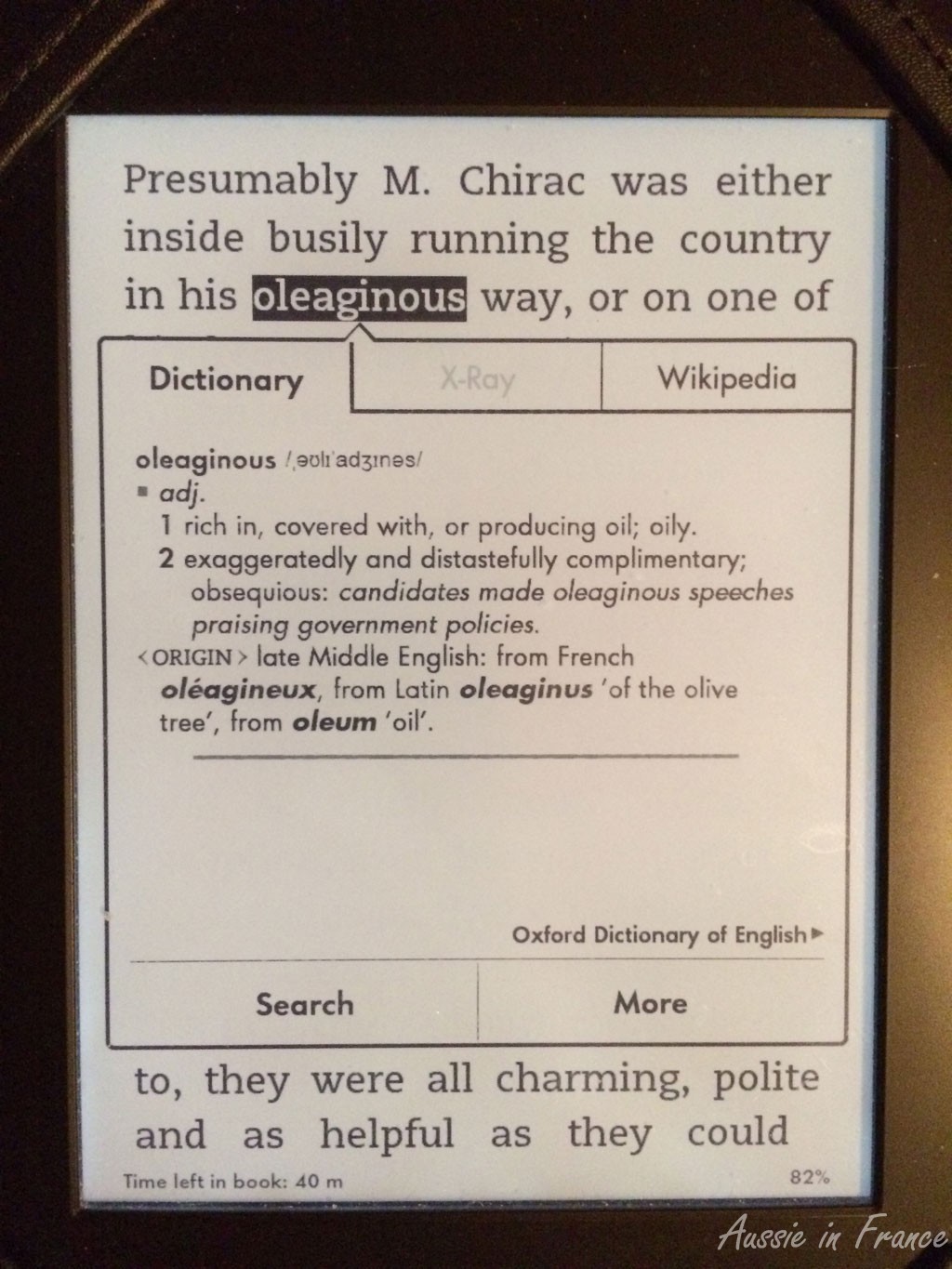 So, I am utterly addicted to my Kindle Paperwhite 3G because it means I am never short of reading material because no matter where I am in the world, I can download another book. It has a built-in dictionary, I can look up Wikipedia and adjust the size of the letters. I finally decided to subscribe to the Kindle Unlimited programme where I pay 9.90 euro a month to borrow an unlimited number of  books. Jean Michel, whose Kindle is connected to the same Amazon account, can also benefit from my subscription. Not all books are included – far from it – and it’s not always easy to track down good reading material but every so often I come across a new author whose books I devour. 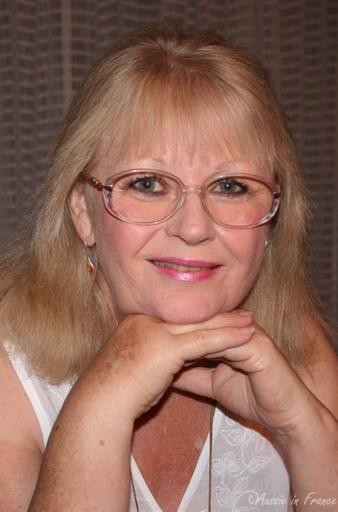 That is the case of Susie Kelly, who was born in post-war London, grew up in Kenya and has been living near Poitiers since 1995. I started with her biography, “I wish I could say I was sorry”, the fascinating story of a misfit child who suddenly finds herself transported to Kenya with her parents at the age of eight. She loves her new life : “Cinderella must have felt like this when the glass slipper fitted. I was no longer a little bundle in a liberty bodice and leggings, but a princess in pretty cotton frocks in a land of perpetual sunshine.” 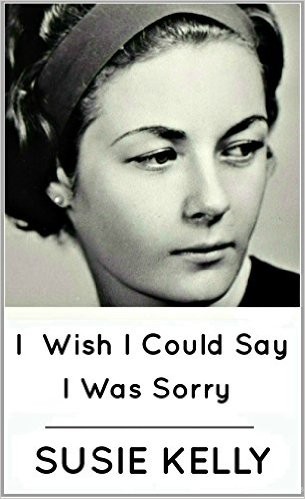 Unfortunately it doesn’t last. Cinderella finds herself having to choose between her mother and father after their marriage falls apart. So she chooses the house and the country she loves – and indirectly her father – and doesn’t see her mother for another 17 years. In the meantime, she is sent to live with her paternal grandparents in England, where she is not wanted. When she finally returns to Nairobi, her father has remarried and she has a half sister.

Her stepmother, Helen, is psychologically unfit to be around children of any sort, and Susie finds herself truly in the role of Cinderella. However, when she is 14, another Cinderella provides an escape route, “an Arab-Somali cross … a sparky and unpredictable ride” whom she loved “as I had never loved before, instantly and overwhelmingly”.

I’m not going to tell you any more, because I also want to talk about some of her other books and resuming someone’s life story can’t possibly do it justice. “Bon Voyage” is a good place to start because it is a collection of the first chapters of several books, namely “Travels with Tinkerbelle – 6,000 miles around France in a mechanical wreck”, “Best Foot Forward – A 500-mile walk through hidden France”, “The Valley of Heaven and Hell – Cycling in the Shadow of Marie Antoinette” and “Swallows & Robins – The Guests in my Garden”. 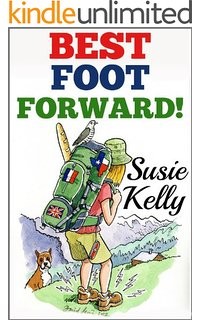 After my appetite had been whetted by “Bon Voyage, I read “Best Foot Forward” and am now nearly finisihed “The Valley of Heaven and Hell”. I could have waited until I had read all Susie’s books before writing this post, but I think it’s a pity not to share my enthusiasm right now. Susie has an inimical way of writing, both poetical and down-to-earth at the same time.

Her factual account of her travels is interspersed with highly readable historical information about people and places. In “Best Foot Forward”, she walks across France by herself, from La Rochelle to Geneva, with a heavy backpack, a tent without a fly (a mistake I once made myself), a set of outdated maps and badly blistered feet despite her excellent boots.

“There was a narrow strip of grass beside the road”, she tells us when she can’t find a hiking path, “and it looked pretty scattered with daisies, 19 buttercups, dandelions already turned to fairy colonies, bluebells and cowslips, cow parsely still green, and purple vetch all struggling not to get onto the tarmac and be crushed. It was just their luck that I came along in the gigantic hiking boots, because I am pretty certain that very few people had ever been stupid or misguided enough to walk on the side of this particular road.”

Her journey takes her through the town of Bresse famous for its chickens, “with their snowy white plumage, blue legs and little golden toenails”. With their red crests, they are highly patriotic. Now that is the sort of little tidbit that I love. I know about and have eaten poulet de Bresse but I did not know about the blue legs. 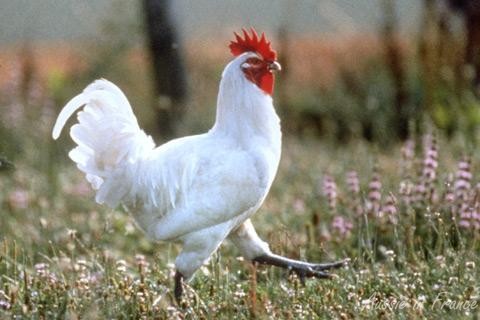 The aim of the cycling trip recounted in “The Valley of Heaven and Hell”, in the company of her husband Terry, a far more intrepid cyclist than Susie, is to follow the “identical route taken by Marie-Antoinette and Louis XVI when they tried to escape from the Revolution, and their journey back to their executions”. 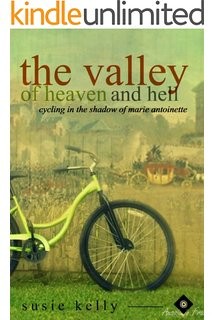 Her account of their trip includes an historical account of the flight of the royal couple who finally come to a standstill when they are recognised by a postman, the famous Mr Drouet.

“The royal family spent the night in the grocery shop of the aptly named M. Sauce. Louis did almost nothing to help himself and his family, accepting his situation stoically, unable to make up his mind, or uninterested enough to take a possible escape route proposed by the Duc de Choisel. He did at least have the presence of mind to ask for a bottle of wine and some bread and cheese. He was not a man to let adversity spoil his appetite.”

Some of her cycling adventures remind me of our own predicaments when cycling paths suddenly disappear, for example. One day, they find themselves too close to the Marne. “Terry was going into the river, with his bike, camera, all our clothes and money. Unable to do anything useful, I shrieked to show moral support. He somehow managed to find a space for his left foot on a sliver of firm ground and gingerly pushed himself to the right, away from the edge, while I held my breath as if doing so would somehow be helpful.”

I’ve nearly reached the end of the book, which ends with a visit to the prison where Marie-Antoinette’s lived her last days in Paris.

Next on the list is “Travels with Tinkerbelle”. Why don’t you join me?

All her books are, of course, available in paperback*.

Oh, and don’t let me forget. Susie also has a blog called No Damn Blog.