Posted on January 8, 2016 by Rosemary Kneipp

I was so excited at the market last Saturday when I saw this wonderful shopping trolley. In response to my post on navets (turnips), a reader suggested several expressions including arrête de poireauter from poireau meaning leek. And here is a wonderful example: j’aime pas trop poireauter, which means I don’t like waiting around, very appropriate for the type of trolley that most people take to the market where you often have to wait in a queue. 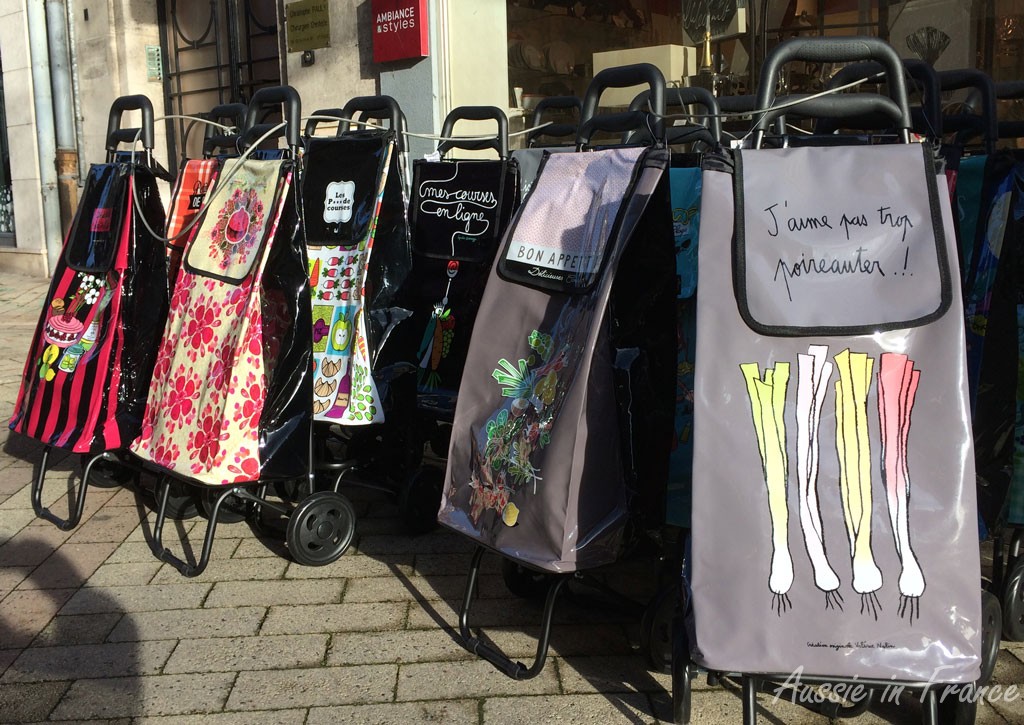 So what is the connection with leeks which, incidentally, is the national emblem of Wales ?

About ten years later, the expression faire le poireau appeared as an extension to the one above and with exactly the same meaning. The verbal form – poireauter – was soon formed. 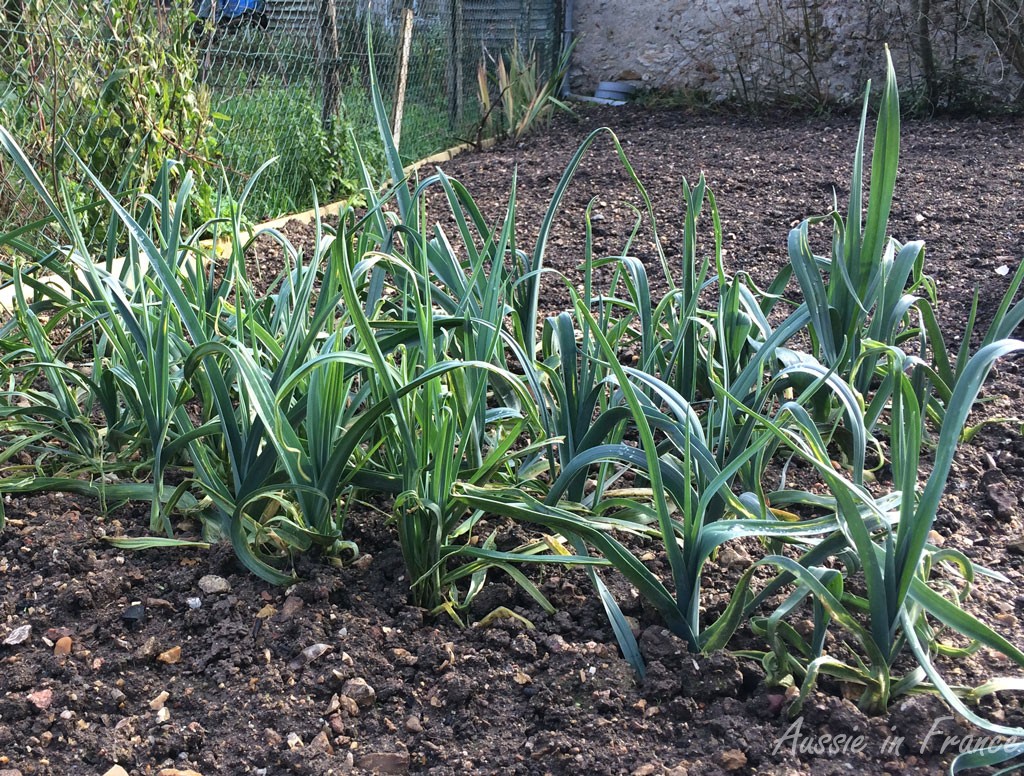 Now I don’t want to dispute this explanation given by expressio.fr, but I’d like to offer my own personal interpretation. We planted leeks this year for the first time. I grew them from seedlings and we then replanted them. They do not stand up straight as you can see from the photo. In fact they are very floppy. They do, however, seem to be taking absolutely ages to grow so maybe that is the origin of poireauter. We certainly seem to be hanging around waiting for them!

An expression mentioned by another reader is qu’il s’occupe de ses oignons meaning that he should mind his own business. I dropped in again at expression.fr which gives two explanations. I prefer the second one because it’s a little more elegant.

In the centre of France, one of the signs of a woman’s independence was her right to cultivate a corner of the garden where she grew onions to sell on the market and make some money of her own. Men were often heard to say to women who wanted to stick their noses in their husbands’ business occupe-toi de tes oignons (go look after your onions) or ce n’est pas tes oignons (they’re not your onions). Considering that you only get one onion for each little bulb you plant, I don’t think they could have made much money …

This entry was posted in Flowers & gardens, French language and tagged meaning of poireauter, meaning of s'occuper de ses oignons. Bookmark the permalink.