Posted on February 8, 2016 by Rosemary Kneipp

We’re fairly seasoned travellers and have made a lot of stop overs between France and Australia in our time so aren’t too worried about getting our Indian visas for our forthcoming visit to Delhi on the way to and from Australia. We know that we have to apply within 30 days of our departure date. We leave on 11th February.

Jean Michel says he’ll look after it and soon discovers that as we live in France, we have to go through an agent call VFS.

With a lot of difficulty, he manages to log onto the correct site and start filling in an on-line form in English. He has a French pdf put out by VFS which explains what to do. He has a lot of questions so I decide to have a look at the form myself. The whole thing is so frustrating that we decide to go and have lunch.

When we come back, we discover the form has disappeared and Jean Michel forgot to copy down the temporary reference number immediately so has to start again. I manage to lose my form too before recording the reference number. After that, it’s the first thing we do!

We argue about whether he should put AVRIL Jean as his father’s name or Jean AVRIL. The French pdf says AVRIL Jean but I’m worried it might complicate matters if the names are reversed. Then we discover too major problems that are going to prevent us from applying on-line : I have two passports and the Indian government wants to see them both, and we are enter India twice at an interval of less than the stipulated two months.

There is a pay-for help line so we try phoning. I don’t understand what’s being said in English and the woman obviously doesn’t know what I’m asking so I hang up and Jean Michel tries to get a French help line. It’s much better.

The order of the names doesn’t matter, we are told. Yes, I have to submit both passports. The two-month interval may or may not be a problem. We’ll have to go to Paris to submit our applications.

Before we go, we pay a little visit to a local photography shop to have our special SQUARE photos taken. They don’t do them, of course, and send us off to another shop out on the other side of town. We pay 13 euro each to have 4 photos taken although we only need 2.

I suddenly realise that I will need to apply to have my visa in my Australian passport because I am not allowed to enter Australia on my French passport. I phone the help line again and they explain how to do it, though it takes a while for me to really understand what I’m supposed to do.

On an old VSF website it says I have to fill out a special form if I have two passports but the only form I can find is for people applying in France who aren’t French. I print it out anyway. 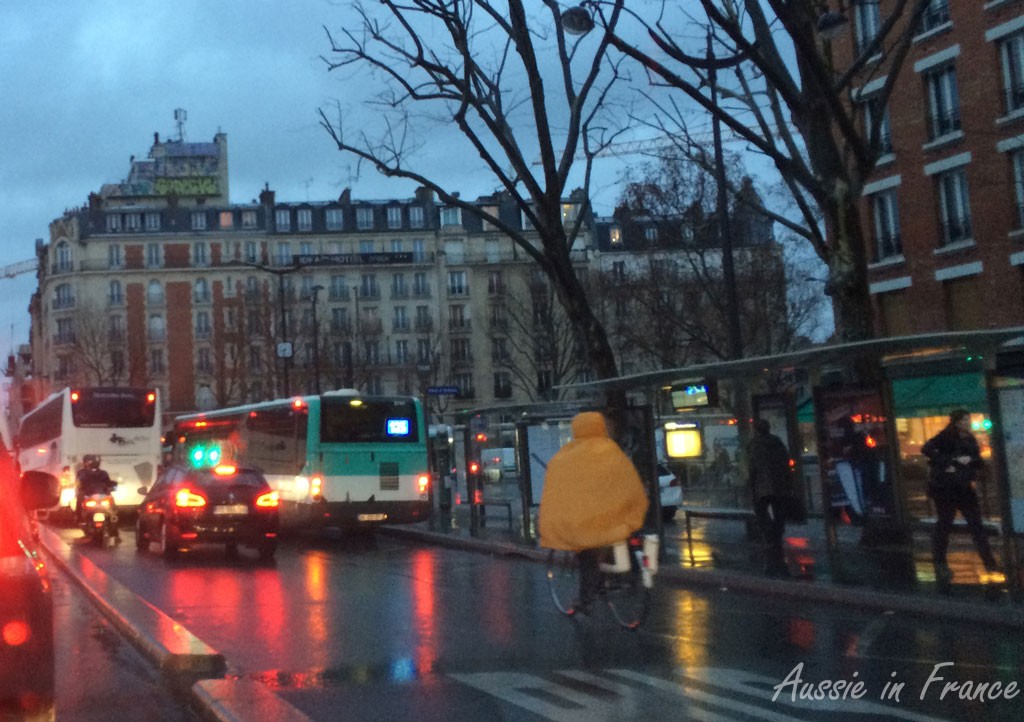 Rainy streets of Paris at sunrise

The Indian Consulate in the 10th arrondissement in Paris is only open in the morning so we get up at 6 am on Wednesday 27th February (it’s still nighttime here are that hour)  and arrive at the Consulate just after nine in the rain. First we go to the nearby post office which is just next to a very suave pigeon house to buy the two Chronopost envelopes (26 euro a time) that we are told we will need. 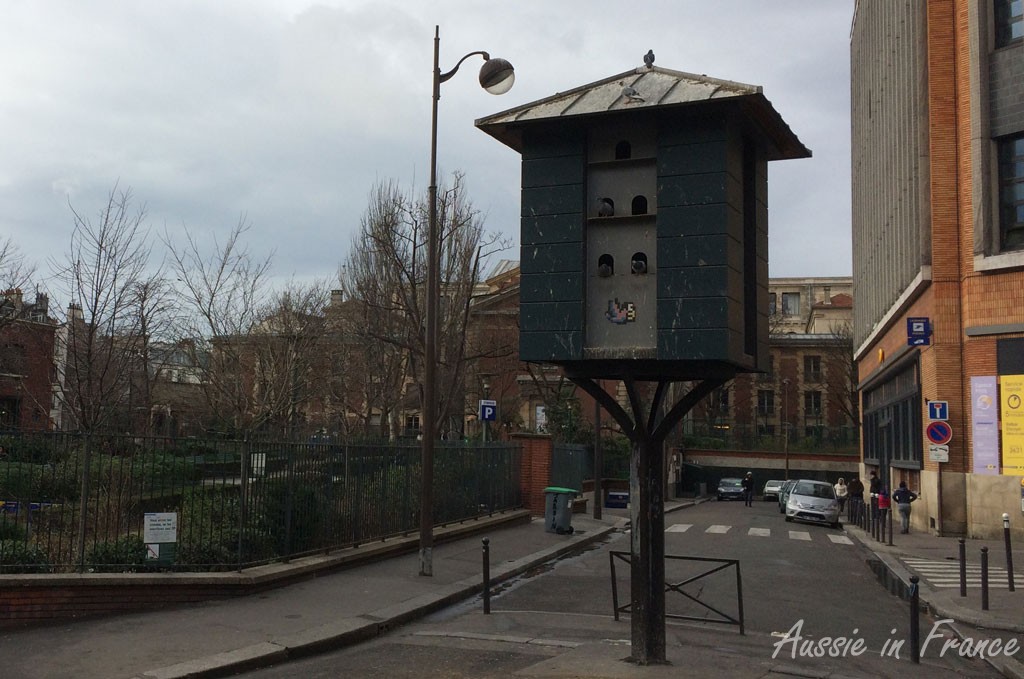 By 10.30 am, our mission is accomplished. It turns out that I do indeed have to fill out the “non-French” form. Who am I to argue ? The 2-month interval between visits is no longer relevant. They’re changed the rules. We have to ask for a multiple-entry, 3 month-visa. Fortunately we are paying our 164 euro (gulp) by Visa Card because it shortens the queue considerably. There are, in fact, an amazing number of people in the room, but I guess India is very populated.

The man at the desk does not want our Chronopost envelopes (that goodness Jean Michel only filled out one of them) because they use their own. We are asked to put our name and address on an ordinary envelope instead. We are told that Jean Michel’s visa will take about 4 days and mine will take 6. 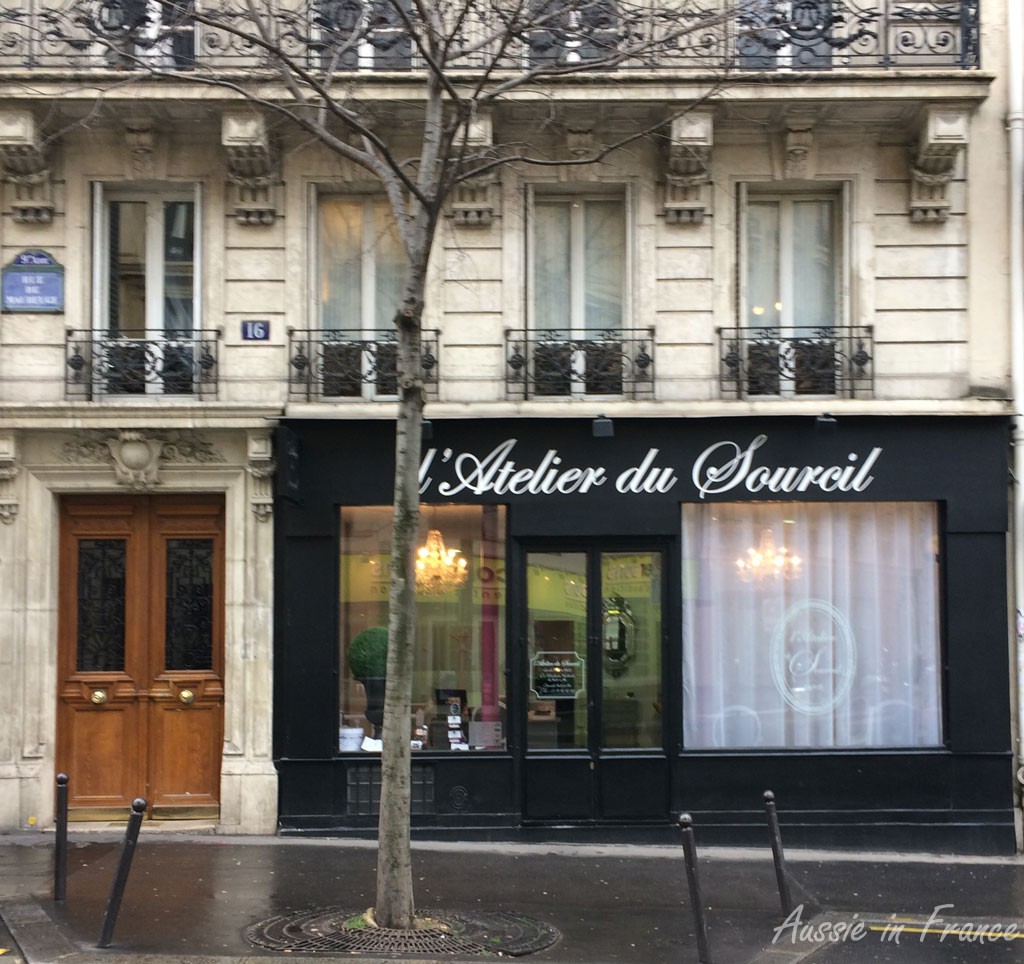 By the time we leave the consultate, we are feeling somewhat frazzled. We decide to walk around for awhile until lunchtime. I’m chasing after green hand towels green is not the fashionable colour at the moment (except lime green) so I don’t find any. We do see an Eyebrow Workshop though. 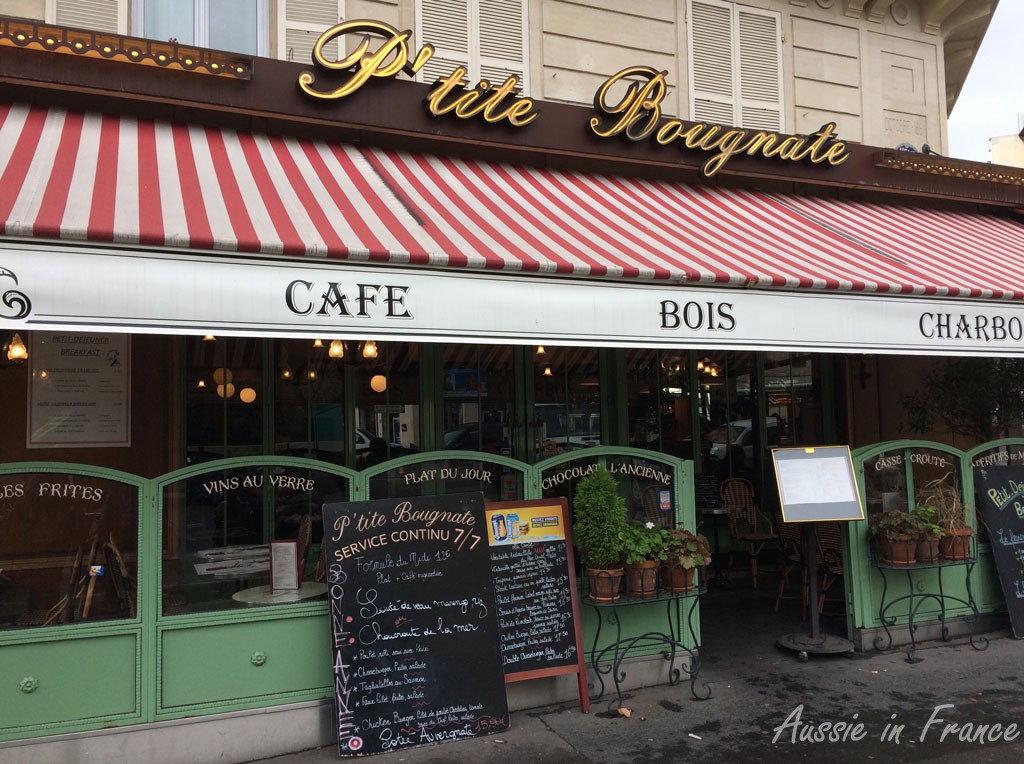 We then eat in a bougnat before driving back to Blois. I have never heard of a bougnat but Jean Michel explains it means coal merchant. It was traditional in Paris for coal and firewood merchants to run cafés as a sideline. They usually came from the Massif Central in the centre of France. 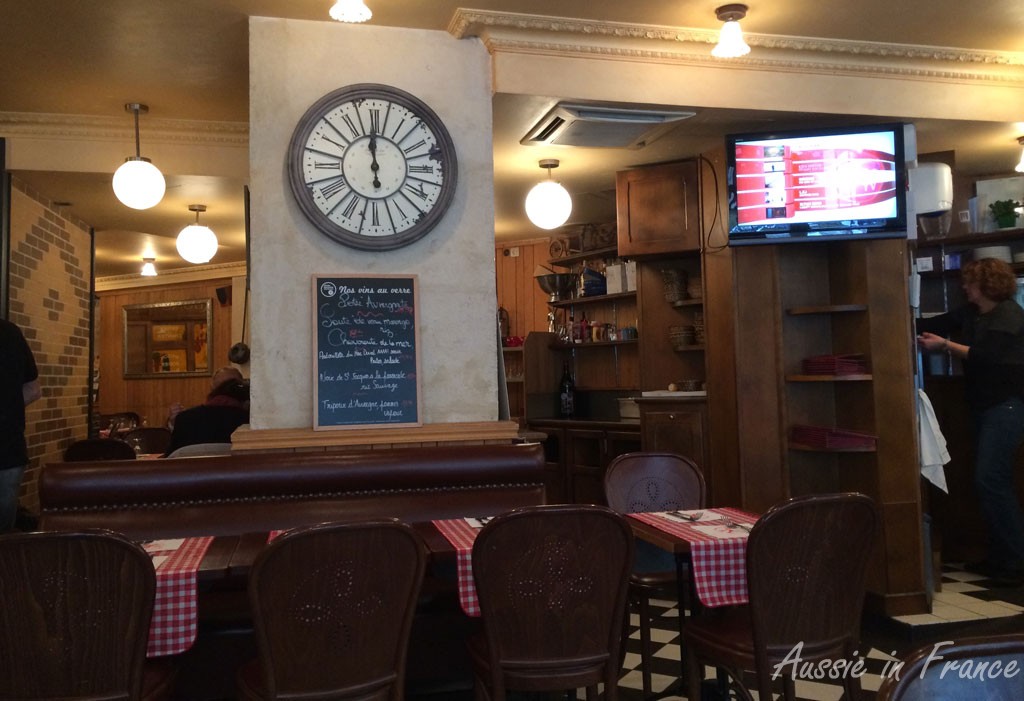 We both receive an SMS next day saying our visas are being processed. Well, that’s a relief. I receive an SMS and an email on the following Wednesday (whole week later) saying that VSF has received my visa and their postal service is looking after it. It should arrive in 2 to 3 days.

Jean Michel receives nothing. The next day, the Chronopost man delivers my two passports and visa. Jean Michel is getting increasingly worried about his so  phones the VSF oay-for hotline again but is told that they can do nothing. It’s in the hands of the Indian consulate. Great!

The next day, Jean Michel finally gets an email to say that VFS has now received his visa too and it’s being processed by their postal department. The next day is Saturday of course so there is no sign of the Chronopost man.

On Monday, at 9.30 am, Jean Michel sees a van outside the gate and dashes out. The letter’s in the box, he’s told. And there it is. Exactly 12 days after we submitted the visa application we have both our visas with a whole 3 days to spare. Yay! Delhi and the Taj Mahal, here we come!

This entry was posted in India, Paris, Travelling and tagged getting an Indian passport in France. Bookmark the permalink.

16 Responses to The Indian Visa