Learning a Language with a Home Exchange

As you know, I am a keen home exchanger. We have just redeemed three home exchanges in Australia (Coff’s Harbour, Adelaide and Drysdale) and enjoyed hospitality in Melbourne with the home exchangers of French friends in Paris. Jean Michel, less of a linguist than I am, had been studying and practicing his English for a month or so before we left. 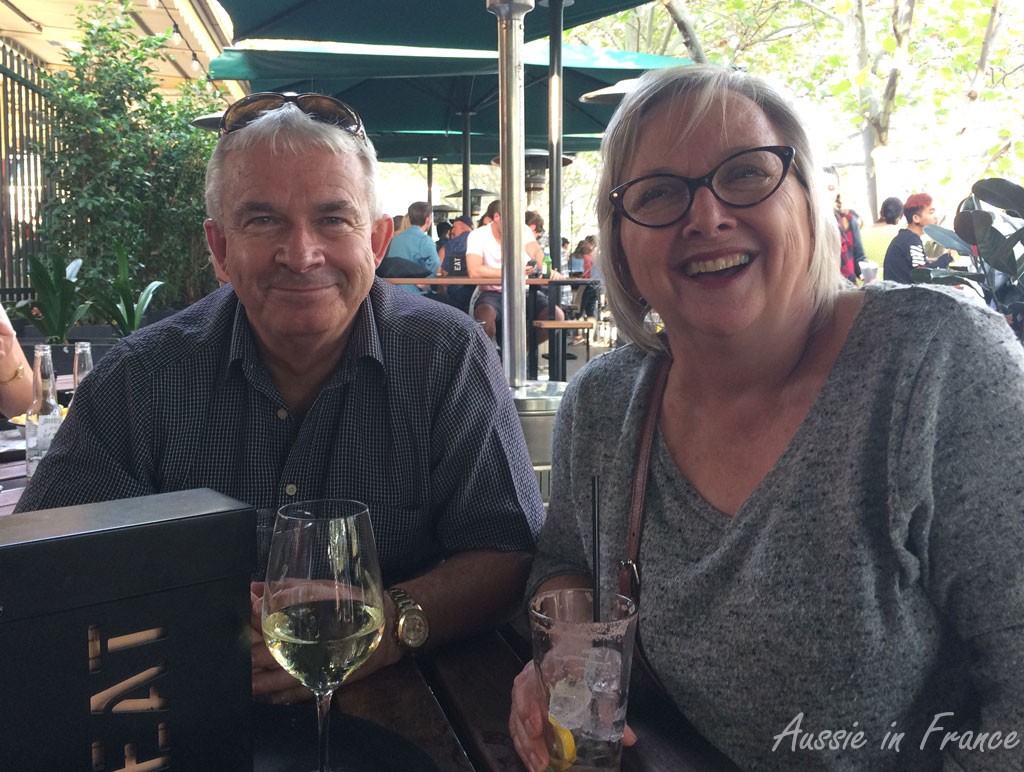 Irene and Paul, who kindly gave us hospitality in Melbourne

Although the basic aim of the trip was not to improve his English but to meet up with my friends and family and visit new places, I was able to observe his progress according to the different types of home exchange.

In Coff’s Harbour, we were in a resort and had very little contact with the people around us which offered little change of Jean Michel practicing his English. Although we had started speaking to each other in English before departure, we fell back into French in Australia.

In Adelaide, we were in a suburban setting which, once again, left little possibility of speaking English except to my nephew who came to see us in the evening. 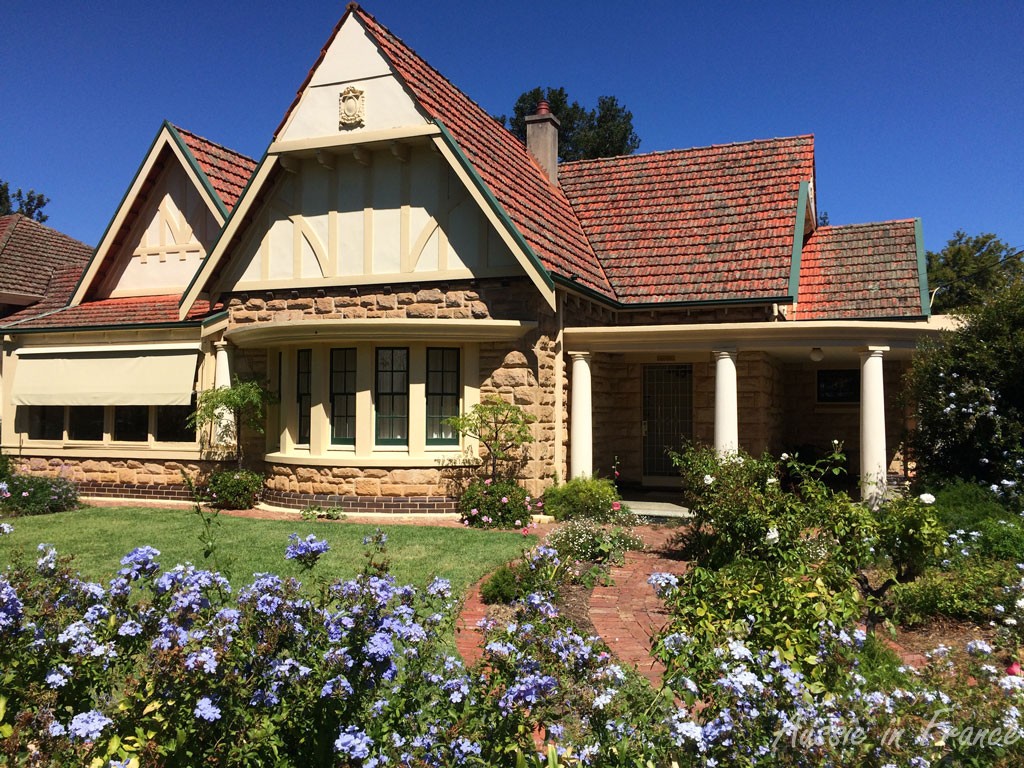 Our beautiuful home exchange in Adelaide

Our third exchange in Drysdale, about an hour from Geelong, could have been the same except that we had Australian friends join us while we were there and our hosts were also in the vicinity as it was a non-simultaneous exchange. We invited them for an aperitif one evening and also participated in their wine pressing!

But it was Melbourne where we were generously invited to stay with the home exchangers of the Parisian friends who triggered off our first exchange with Drysdale nearly four years ago that offered a real opportunity for Jean Michel to improve his English. We had never experienced hospitality and I was a little worried about spending 3 days with people whom I had only met once.

We needn’t have worried! Irene and Paul were with us the first and third evenings and away the second. While they were there, they took us for walks and meals in Melbourne and we also met up with our Parisian friends’ son. The rest of the time they continued their own lives while we visited other parts of Melbourne. 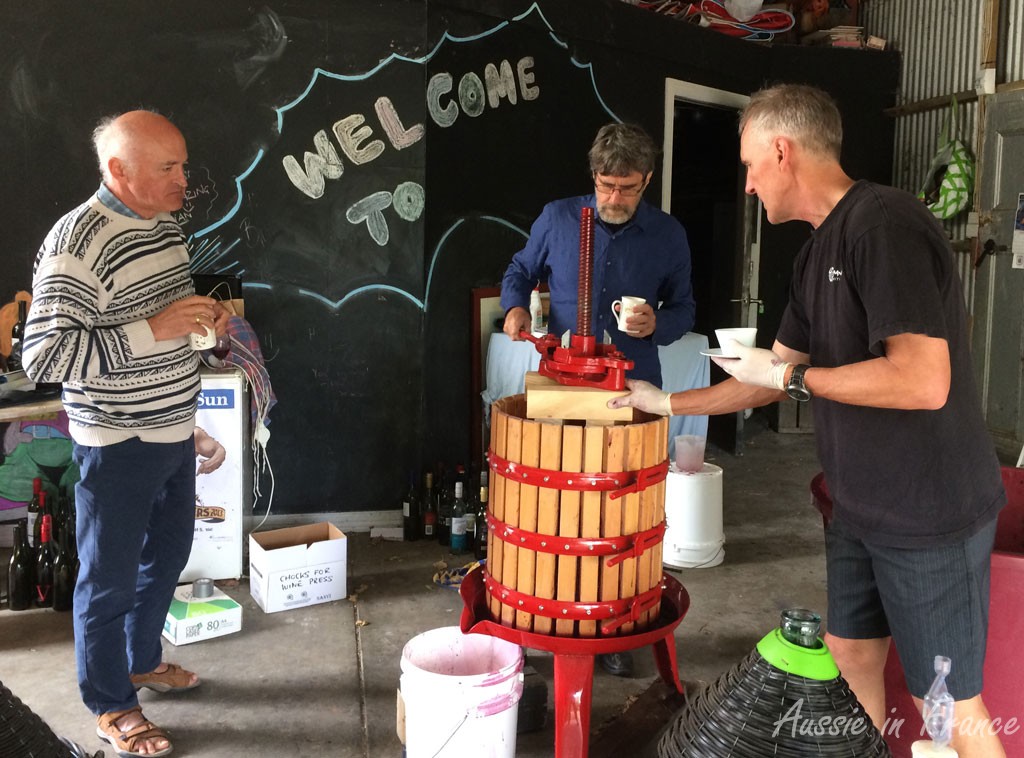 WIth our home exchangers in Drysdale

I would say that hospitality provides the ideal opportunity to improve one’s language skills. If the hosts are able to offer accommodation where the guests have their own bedroom and bathroom as we did in Melbourne, I think it’s an ideal situation.

If hospitality is not a possibility, I would suggest that you choose a downtown area with lots of opportunities to interact with people. Choose a local café and go there every day so you can establish a relationship with the people who work there. Go to the local market or a small shop every day to buy fresh food and buy from the same vendors. Plan a trip to the hairdresser’s.

If your language skills are already sufficient to hold a proper conversation, check beforehand on the existence of local home exchange meet-ups. Join a Facebook home exchange group and try and find other people in the area. Let your host exchangers know that you would like to practice your languages skills beforehand. They will probably be happy to organize meetings with their friends. 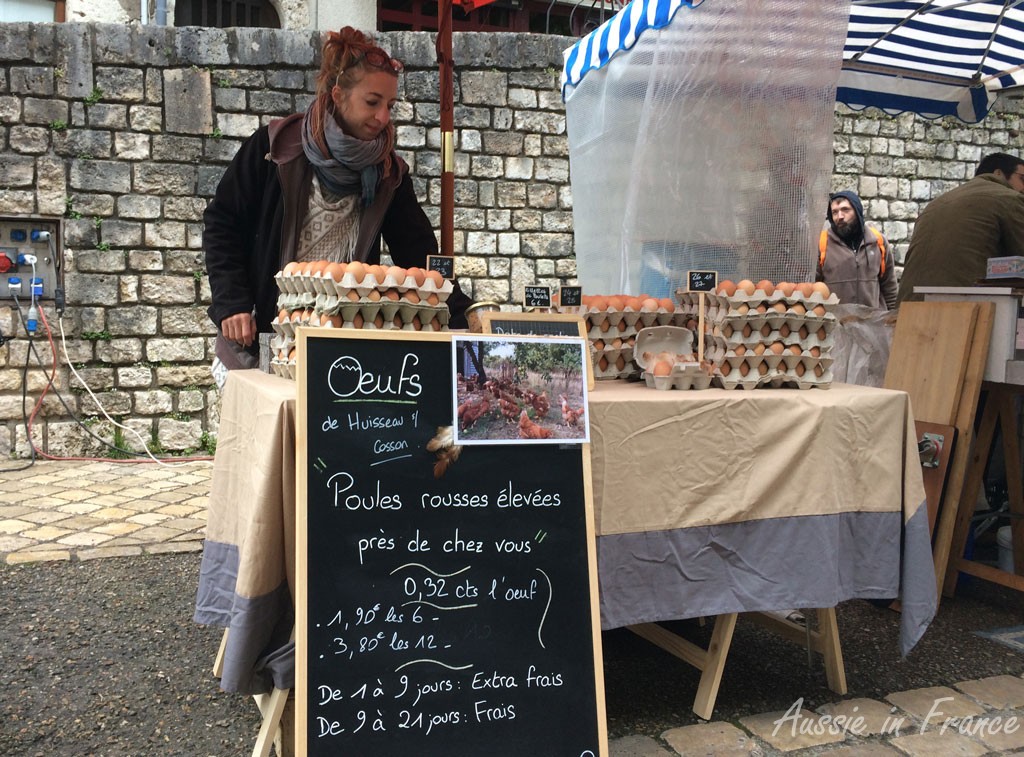 At the market, you can easily talk to the vendors

For example, I sent out a Twitter message when we went to Barcelona on a home exchange to get some insiders’ information on the city. As a result, we met up with Roser who looks after blogs & testimonials on the Home Exchange website and a friend of hers in a local café and we talked about things to do and see in Barcelona. When we were at Irene and Paul’s we talked about some of our previous exchanges and they spoke of a swap with Barcelona. I couldn’t believe it – they exchanged with Roser!!!

Otherwise, choose activities that will allow you to talk to people such as visits to wineries and cheese makers. See if there is a local walking group you can join. Throughout France, for example, there is a meet-up group called “On Va Sortir” which exists in London and New York under the name of Urbeez and is a wonderful way to meet people during your stay. Membership is free of charge. Our local group, whom we came across by accident, meets up informally at the open-air coffee stand at our Saturday market.

Don’t forget to visit the local library where you can read the local paper and magazines. Remember – you can’t speak a language if you don’t know enough words and you need to spend at least an hour a day widening your vocabulary by reading, watching television or listening to the radio. In France, the France Info radio station is perfect because it repeats the same news and items of interest throughout the day. If you don’t understand the first time, you will the third time round!

If you prepare your home exchange with these various points in mind, I’m sure that you will get the most out of your stay language-wise. My dream is to spend a couple of months in Italy after I retire so that I can have a proper conversation in Italian but even two weeks would make a difference!

7 Responses to Learning a Language with a Home Exchange