Posted on February 8, 2012 by Rosemary Kneipp 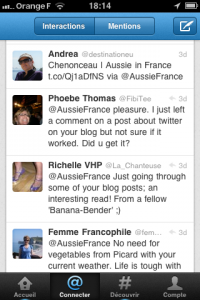 In Twitter Twitter Little Star, I explained about the basic uses of Twitter, but since then, I’ve been learning lots of new things. I’m no longer a #tweep and am now a #twitterian, having joined the #500tweetsclub. Soon I’ll be a #tweeting machine.

Let’s take it one at a time. Now tweep can actually mean a few different things. It’s a combination of Twitter and Peeps to start off with. Peeps, I discovered (talk about not knowing ANYTHING) is short for people, but you probably knew that unless you’ve been living in the wrong country for more than 35 years.

But sometimes it can be more specific. One of my followers tweeted to his “peeps and fans“, including me. So I asked him what a peep was: “Ah, well peeps is my definition of people living in Paris and fans are tweeters interested in Paris but not living here :)”. So, I’m his peep. Hmm. He did check it was OK. Not sure what Relationnel will think about it though.

So, now from peep to tweep if you’re still following all this. A tweep is a person you’re following and who’s following you.  But it can also be a Twitter user who’s new to the game and hasn’t made many tweets and is therefore the lowest of the low on the Twitter scale. If you’re at the top, you’re a twitterian. You can say, for example, “Thanks to all the tweeps who RT my last tweet” which means “thanks to all the lovely people who retweeted my last tweet”.

From tweep, we move to “tweeple” who are people who use twitter. So peeps and fans are tweeple as well.

A bit more on hashtags.

I received a tweet with #FF which I thought meant Fan Friday but Andrea tells me is Follow Friday (see comment), which is much more logical! This is when you tweet several people at the same time to suggest that they mutually follow each other! Took me a while to work it out. I’m waiting for Friday so I can use it myself! What are your favourite hashtags so I can learn some more and really earn the title of twitterian? 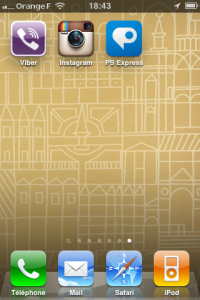 I’ve discovered a couple of new iPhone apps as well. Viber is the first. It’s like What’s App except that you can send text messages AND talk for free to anyone who’s got the same App (iPhone or Android), so long as you have a wifi connection ;

Then there’s instagram. To quote the publisher, it’s “a free, fun, and simple way to make and share gorgeous photos on your iPhone”.  I haven’t discovered all the ins and outs yet, but it looks fun. I already use the PhotoShop Express App which makes posting photos on Facebook and Twitter much easier. The photos below demonstrate what you can do with instagram. The second photos are the “sunny” and “black & white” versions. 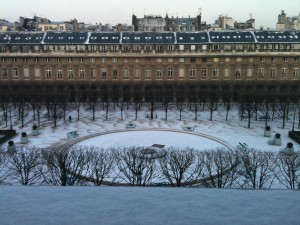 Original photo taken with my iPhone 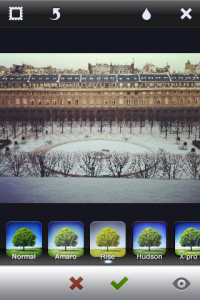 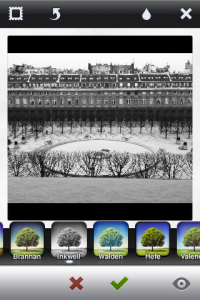