Adjusting to Living in Two Houses 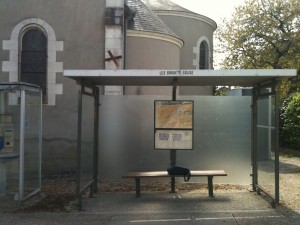 Well, so far, I’m not doing so well! Relationnel came back to Paris on Sunday night by car and I followed by bus and train on Monday afternoon because I had to wait for the EDF man to increase the wattage. When I caught the metro in Paris, I suddenly realised that I had left the keys to my Paris apartment in Blois. Fortunately the train was late so Relationnel was home by the time I got there. I’ve now borrowed the keys from my cleaning lady.

When I took my shower in Paris, I had trouble getting used to the taps and the shower rose being at the wrong end! Then when I woke up during the night, it took me a while to work out where I was. That has never ever happened to me before. I am always totally aware of my environment the minute I wake up. I walked into the bookcase, then the divider before I finally realised I was going in the wrong direction. 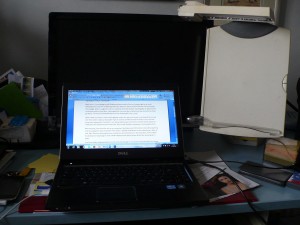 Next morning, I was about to set up my computer (I had taken my CPU to Blois to transfer everything to my laptop but never found the time) when I discovered I had left the multi-socket thing in Blois as well. Sigh. Relationnel brought home another one at lunchtime but in the meantime, I had a rather frustrating morning trying to work with the laptop which doesn’t have all the files and programs I need. 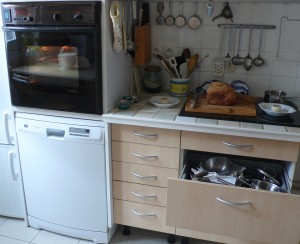 I had no problem adapting back to my Paris kitchen though. It’s so much more practical! I don’t have to kneel down to take things out of the oven for a start. I pull out a drawer to get to the saucepans instead of bending down to find them in a low cupboard. I have plenty of bench space and a high stool to sit on when my feet are tired. The sink is made for people over 1 m 70 and there’s lots of food in the pantry (though nothing in the fridge …). 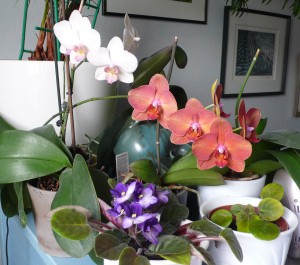 However, when I walked into my office, I was greeted by two flowering orchids (birthday presents from Leonardo in the past) and some African violets that had bloomed in my absence but I had missed the tulips on the balcony altogether! I hope that the wisteria will still be in bloom in Blois when we go back at the end of the month. I adore wisteria and the Loire is just full of it at the moment. 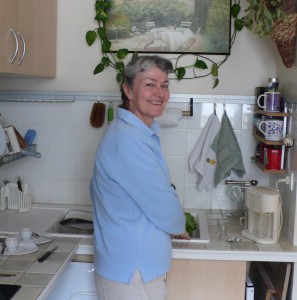 We have always made the choice not to have a country house or a beach hut so that we are free to go where we want on holidays because we love discovering new places. As a result, I don’t think I have ever spent more than one week at a time in any place other than my home of the moment, except maybe two weeks in a house near Albi about 10 years ago! So I don’t usually have any trouble remembering where I am.  When I spent the day alone in Blois on Monday, I really felt at home which I guess is what made the transition to Paris more difficult.

All the downstairs rooms are now furnished and decorated even if there are still a few details missing. You can see the photos on the website for the gîte under Accommodation: www.closeriefalaiseau.com.

This time, to make the transition a little easier, I dug out one of the two sweat shirts I wore most days in Blois. I immediately felt better. Maybe there is something to Linus’ security blanket after all!

19 Responses to Adjusting to Living in Two Houses