Already Wednesday again! All those public holidays in May make the time just disappear! This week, we have a description of Chambord castle (just next to me in Blois) by Mary Kay from Out and About in Paris, a great new phone App for the metro along with some lovely photos by Petite Paris of B&B fame and a very pertinent description of the French pre-election debate between the two final candidates, Nicolas Sarkozy and François Hollande by Finding Noon still worth reading even though we now know that François Hollande is the winner.

Château de Chambord – the largest castle in the Loire Valley

By Mary Kay from Out and About in Paris 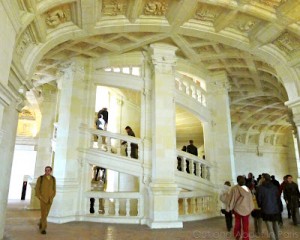 While visiting the Loire Valley, I was reminded of how justifiably proud the French are of their rich cultural heritage and how this sentiment is passed down from one generation to the next. After overhearing some parents explain to their children that Francois I built Château de Chambord as a royal hunting lodge in which he only spent a mere 72 days during his 32 year reign, I teased Stéphane about his country’s lack of opulent castles. His immediate response was that while the Swiss may not have any extravagant châteaux, they also didn’t incur staggering debts. Sensible, but not quite so romantic… Read more 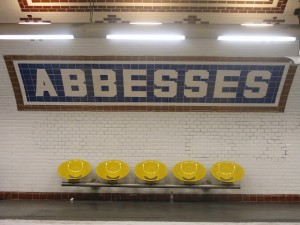 Bonjour or bonsoir friends; depending on where you are in the world 🙂

We have just been sent a link to a new iphone app on the Metros in Paris and just wanted to share it with you as a bit of a helpful resource for your pending, upcoming, (one day soon hopefully) trip to Paris 😀

Its from Kemtro and its the only one that gives the exact location of all the entrances and exits of all the metro stations and it works offline – no roaming needed! (and we all know how expensive roaming can be). Read more 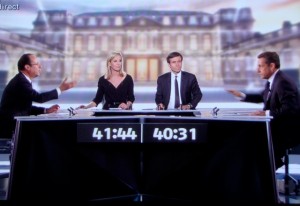 It is still the Presidential elections in France and last night was the great debate, which I didn’t find so great, but I did find rather fun to watch. French political debates are very different from my memories of US Presidential debates. Instead of standing officially at lecterns, each candidate is comfortably seated, with their notes. They face each other, not the voters, which helps tensions rise and makes for some great tv moments. As does the fact that the candidates do not have a set time limit for each answer. From an anglo-saxon perspective, this is not a debate, but a moderated argument, that turns into an intellectual free for all. Read more