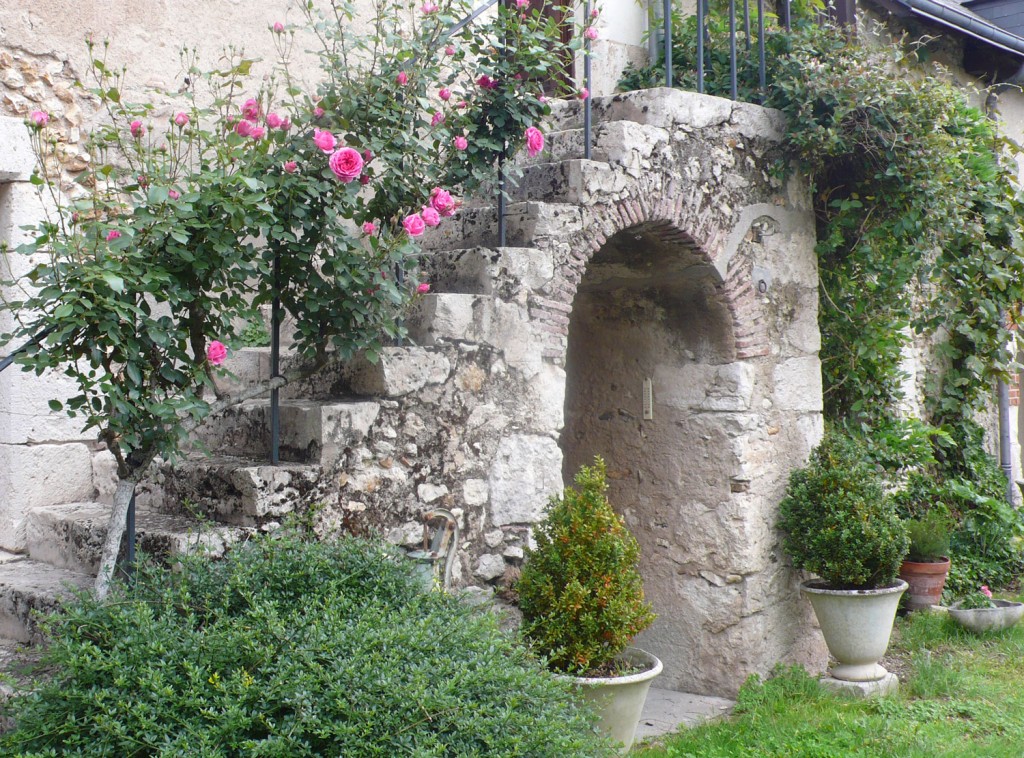 I’ve finally cleaned up the honeysuckle that’s been nagging me since we got to Closerie Falaiseau in Blois. It’s just beginning to flower and is a wonderful complement to the climbing roses on the stair rail. We’ve had our barbecue and eaten outside in the garden comfortably for the first time since we bought the house. Well, comfortably except for the mosquitos who adore me. We’re going for an after-dinner walk so that I can show Relationnel how I want our front courtyard/garden to look in the future.

It’s still light, despite the fact that it’s after nine thirty. We’re walking briskly along the road, not a car in sight. We go round the bend and a large dog rushes out behind a fence, barking madly. I dutifully say “T’es beau, t’es beau” as Relationnel has taught me.  It seems that telling dogs they are beautiful is two syllables is what you do in France to calm them down. I’m not sure it works but I have no comparison.

Suddenly, we hear frantic yapping and a tiny ball of fur comes hurtling down the open sloping garden opposite and onto the road. A man about our age appears  lumbering after the dog, telling it to come back, to no avail. He explains that it’s a pup, only 6 months old.

“Oh, so that’s its problem”, I say. Relationnel introduces us as his new neighbours.

“Then you’re the people who’ve bought the big house around the bend.”

“Yes, do you know Mr and Mrs Previous Owner?”

“No, I only moved here two years ago myself. I only know the neighbours on each side of the house and across the road.”

“We’re not living here permanently yet. Relationnel isn’t retiring for another two years”, I explain.

“Yes, you’re going to turn it into a gîte or a chambre d’hôte or something”, he says to Relationnel.

And turning to me, “And you’re Australian”.

My fame has gone before me. 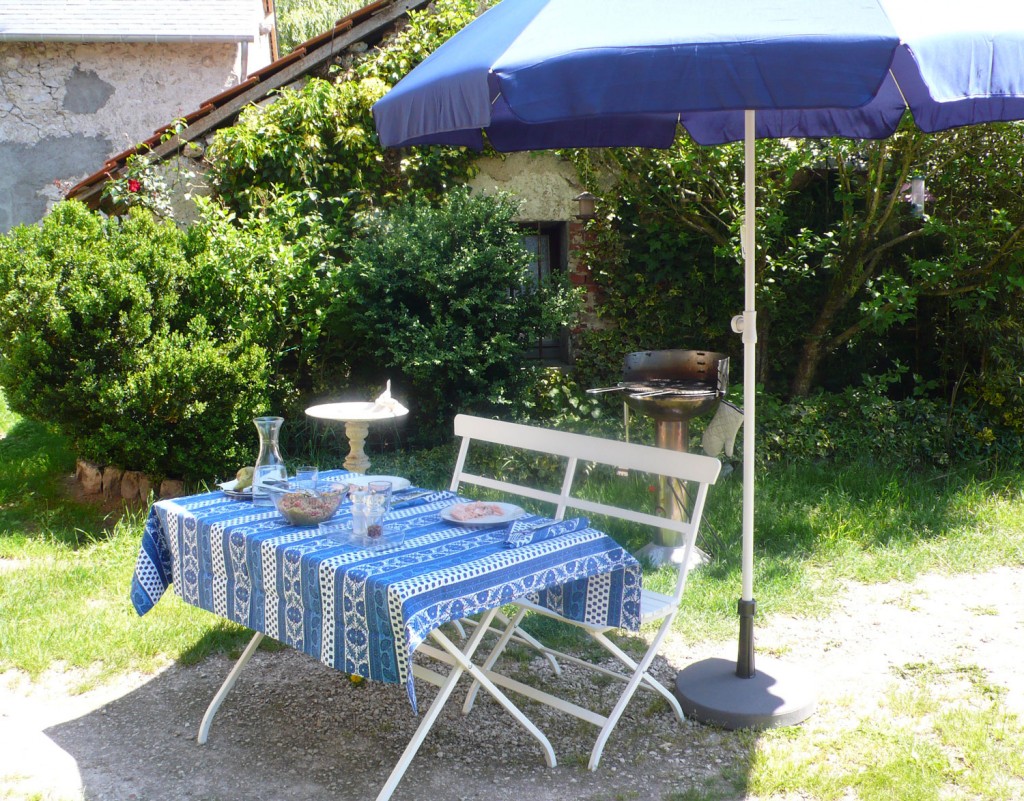