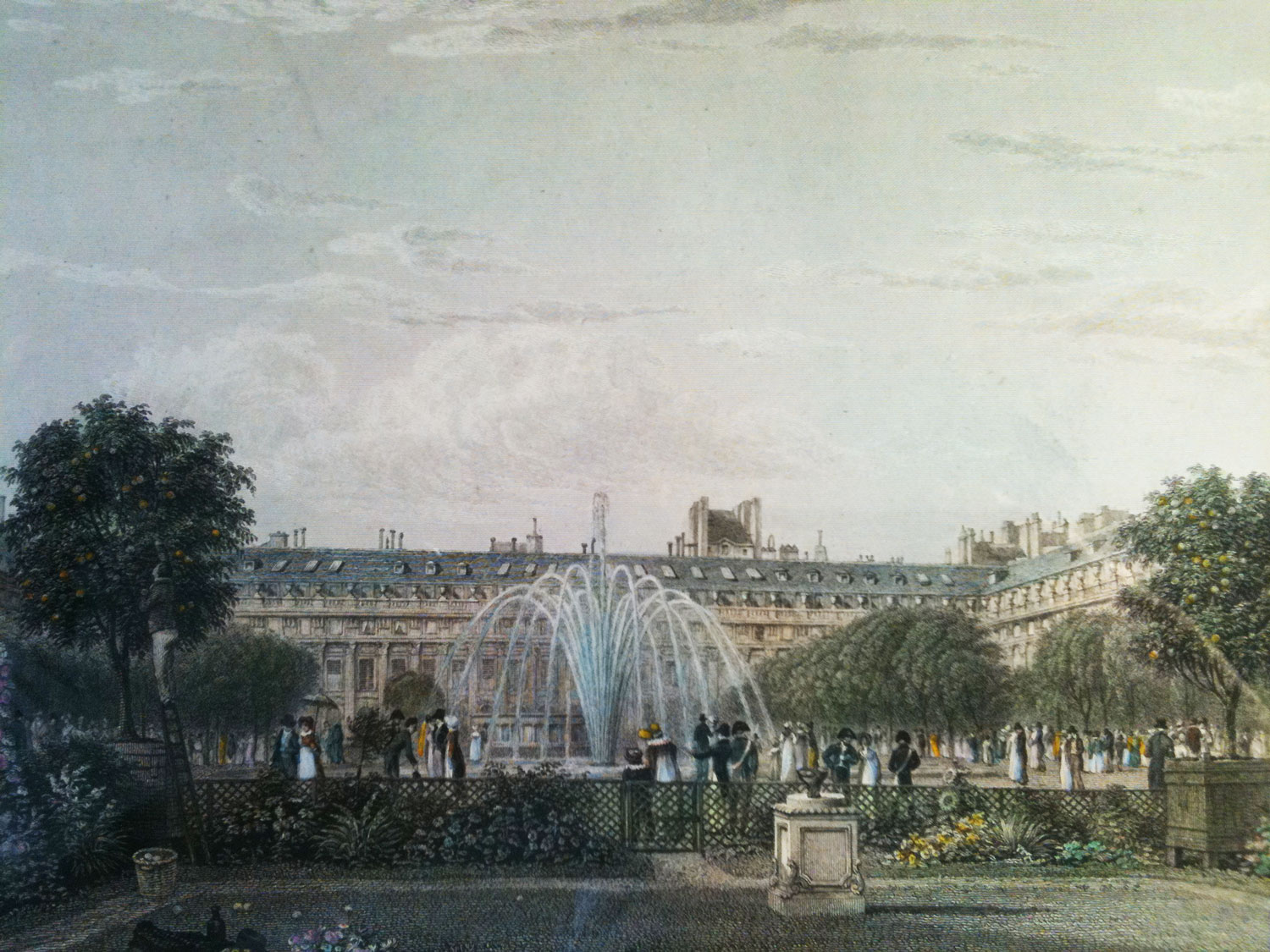 The first engraving I bought (I already had Captain Cook) was a Christmas present for Relationnel soon after we moved into the Palais Royal. It’s a coloured engraving of the Palais Royal gardens drawn by Fred Nash (1782 to 1856) and engraved by Edward Goodall. Instead of today’s rows of linden trees, planted very recently in fact (less than 20 years ago), there are various trees of different heights. The fountain was much higher and there’s even a man picking apples! Soldiers in tricornes and women in sun bonnets and brollies mingle around the garden very sedately. I love all the little historical details of engravings. 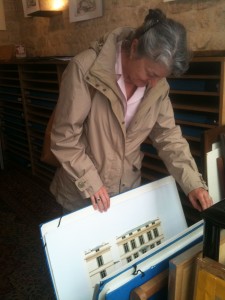 I had noticed various engraving and lithograph shops around the Palais Royal but their prices were a little daunting. However, during my wanderings, I came across a very small shop in rue Rameau called Christian Collin, where the people were very friendly and let me take my time looking through their collections. I’ve bought another couple of engravings since then to take to Australia as presents.

So next time you’re looking for something light and different to take back home, why not try an engraving or a lithograph?

This entry was posted in Art, France, Paris and tagged Christian Collin, engravings. Bookmark the permalink.

4 Responses to An Original Engraving