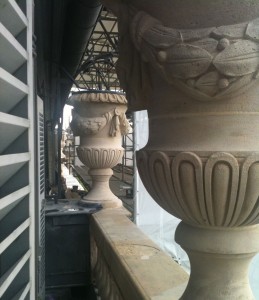 The music festival celebrated in France on the 21st June, which corresponds to the summer solstice in Europe, was created by French culture minister, Jack Lang, in 1982. It’s also celebrated in other parts of the world where it is known as World Music Day. Until we came to live in the Palais Royal seven years ago, we mainly went to local manifestations. Now we have one literally on our doorstep. Unfortunately, it is a little loud for my liking. Loud booming music from a stage down the other end of the gardens began this morning at 9 am, vying with the percussion tools of the workers renovating the balcony next door. 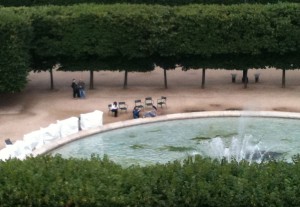 When I looked out the window later in the morning, however, I was surprised to see some large white objects around the newly cleaned up fountain. I took a photo and tweeted it. Mary Kay from Out and About in Paris (who’s been taking us to the Paris races recently) tweeted back “They’re 40 pianos! For the big concert this afternoon! “Play me I’m yours”. I plan to be there.” I am a little embarrassed to say I knew nothing about it! I checked it out though and phoned Brainy Pianist to check that he knew about it.  Mary Kay informed me that it was on from 4 pm to 7 pm. That was around lunchtime. 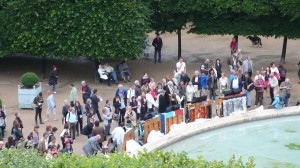 Mary Kay dropped by around 5 and we both took lots of photos from the balcony. At 7 pm, however, they brought the booming music back which somewhat silenced the pianos. What a wonderful initiative! More information on Mary Kay’s blog: http://outandaboutinparis.blogspot.fr/2012/06/play-me-im-yours-40-street-pianos-in.html 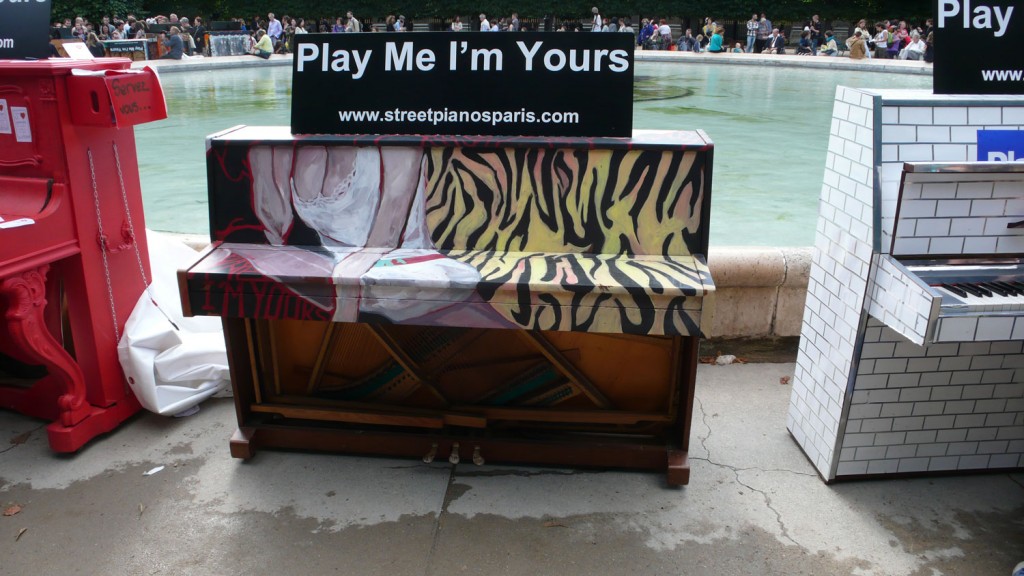 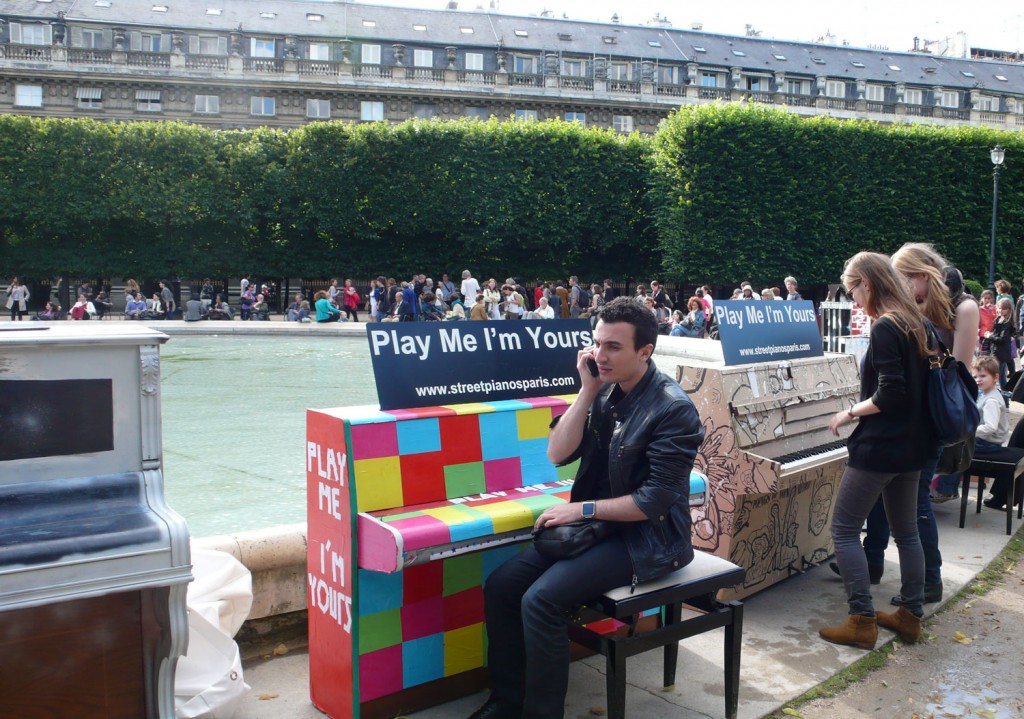 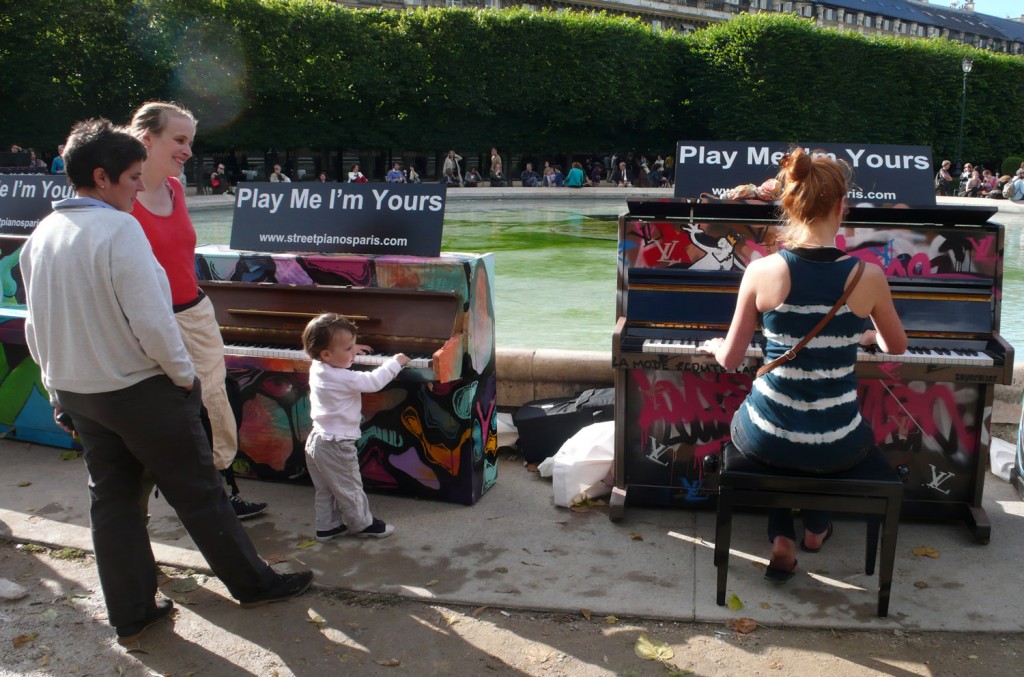 This entry was posted in France, French customs and tagged fête de la music, play me I'm yours, streetpianosparis.com. Bookmark the permalink.