This week, young Australian blogger René de Valois from Cognac & Cigars (alias Brainy Pianist for those of you who regularly read this blog) takes us to one of my favourite places, the Basilica of Saint Denis, where most of the French kings and queens are buried. Another Australian, Francophoney, takes us to a cave near Arras where New Zealanders and British miners helped to win World War I and, on a more frivolous note, Out and About in Paris takes us to one of the big horse races in Paris, Prix de Diane. 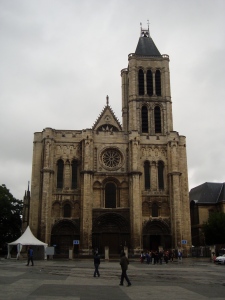 After spending the last couple of weeks travelling around Portugal & Croatia (more to come on that later), I figured I really should start exploring a few more of the sights in and around Paris that I’ve neglected a bit towards the end of semester.

Today I decided to visit the Basilica Cathedral at Saint Denis, just outside of Paris, which is significant for a number of reasons. Not only is the monument an important example of early Gothic art, but it is also closely linked to the history of the French monarchy, having been the final resting place for the vast majority of kings and queens beginning in the 6th century. Read more.

The Mediaeval Cave that Helped Win a War

by Francophoney, all things French as seen by an outsider 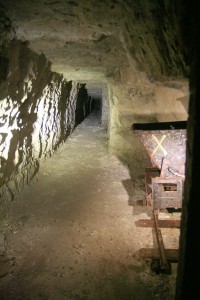 Fifteen metres underground in the French city of Arras, you’ll find lots of caves. They date back to medieval times, and were used as chalk quarries before they were commandeered during the First World War in 1916. New Zealand and British miners were enlisted to extend the cave network to the front line in an effort to surprise German soldiers. By the time they were done, the cave network extended to more than 20km.

Carriere Wellington (Wellington Quary) gets its name from the city in New Zealand, while neighbouring caves were also given New Zealand city names. This aided the 500 New Zealand miners navigate the cave system, while the British soldiers used names from British cities. The cave pictured is one of many built by the kiwis.  Read more.

by Out and About in Paris, an American by birth, Swiss by marriage, resident of Paris with a Navigo Pass for the metro that she feels compelled to use 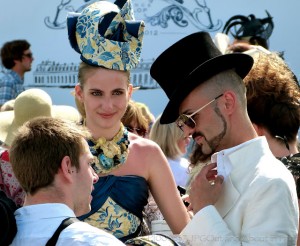 Whew! This is another one of those Mondays when I’m thankful that I don’t have a real job. I’m exhausted and suffering from sensory overload after marveling at all of the elaborate hats at thePrix de Diane yesterday. But I wouldn’t have missed a second of it because I’ve been looking forward to the famous horse race ever since Stéphane and I first went to Chantilly last year. Read more.