Our Little House in Blois 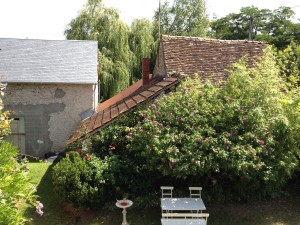 No, I’m not talking about our Renaissance house built in 1584 but about the little house next door which Mr Previous Owner had the foresight to buy while the ageing owner was still living there, thus guaranteeing that there would be no close (and potentially noisy) neighbours. The little house includes a barn and both buildings give directly onto our garden. When we move into the Closerie for good in October 2014 after Relationnel retires, he will completely renovate the little house and turn it into gîte and we will occupy the “big” house completely. 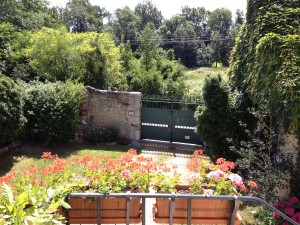 In the meantime, we’ve turned the ground floor of the big house into a gîte and when we come for weekends, we use the upstairs, which has two bedrooms, a bathroom and a beautifully dimensionsed living room, all overlooking the unbuilt (and unbuildable) land opposite. On the other side is the Loire River. Nothing can be built there because it’s floodable. We’re not afraid of flooding because we figure that if our house has been here for 400 years, it’s pretty safe. 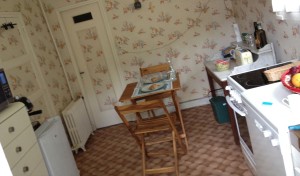 Initially, we thought we’d have a makeshift kitchen in the little room next to the living  room but after banging my head on the low doorway and learning that anything you do in the living room can be heard in the bedroom of the gîte below, I came up with the brilliant idea of using the little house instead. 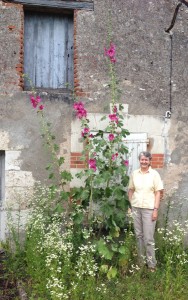 It’s somewhat delapidated after years of not being used, but after a good clean and airing, the kitchen, which gives directly onto the garden, is perfectly usable. The sink has cold water so we installed a dishwasher and brought in other bits and pieces of furniture from the other rooms left by Mr Previous Owner. We even have a marble-topped wash stand that makes a perfect sideboard. That way, even if we don’t have anyone staying in the gîte when we come, we don’t have to clean it all again when we leave! Relationnel was a little reticent at first, but the system is working well. We  bought a garden table and two chairs so that we can sit outside as well, particularly when we’re having a barbecue. Sometimes, we “picnic” in our real garden! 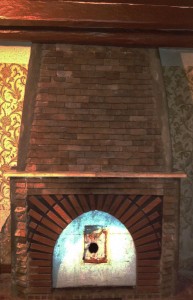 In the living room of the little house there is an unusual fireplace made of very dark brick. We haven’t decided yet whether to keep it or not when we renovate. It seems a bit massive. It’s actually darker than in the photo, almost black. What do you think we should do with it? Unfortunately all the oak beams will need to be stripped as well.

The garden is overgrown, but we actually like being surrounded by waist-high daisies and it has the tallest hollyhock we’ve ever seen. It must be about 4 metres. There are wild strawberries as well but unfortunately for Relationnel (I don’t like strawberries), something is getting to them before they turn ripe each time. When we eat in the garden, it’s like being on holidays! 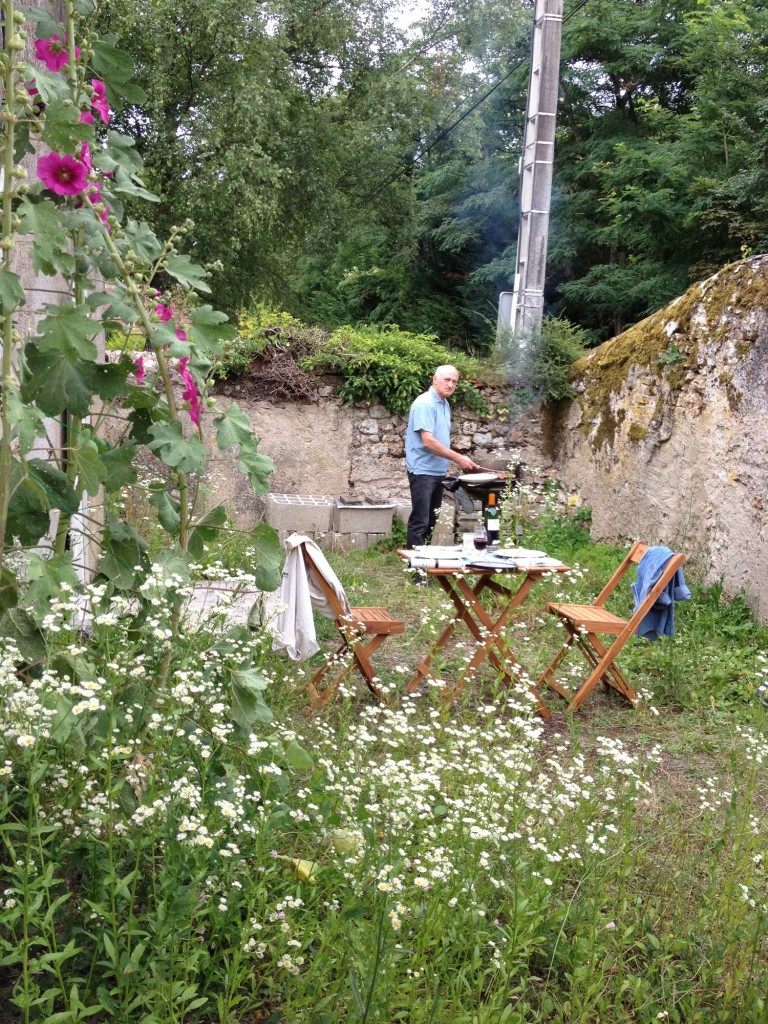 6 Responses to Our Little House in Blois