Bread Ovens in the Loire Valley

Well, I shall start with my own! Closerie Falaiseau, our lovely house in Blois, has its own beautiful bread oven, unfortunately no longer in use, but Relationnel has every intention of turning it at least into a working fireplace. 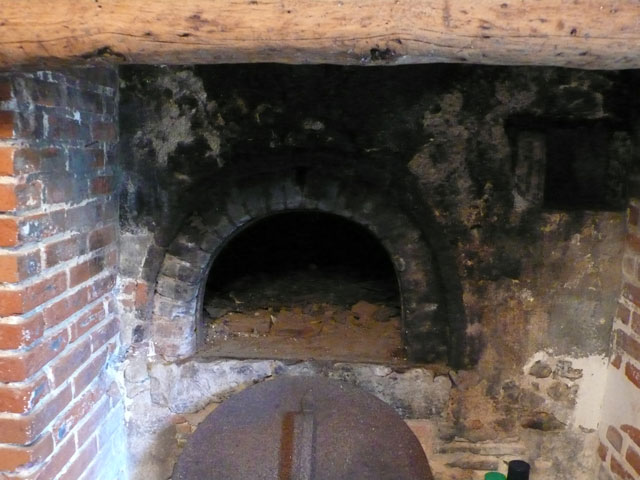 Our bread oven in the kitchen with the door open

The day we were given the keys, Mr Previous Owner opened the door to the oven and we were able to look inside. It has a beautifully renovated inside vault which it is a pity to hide. 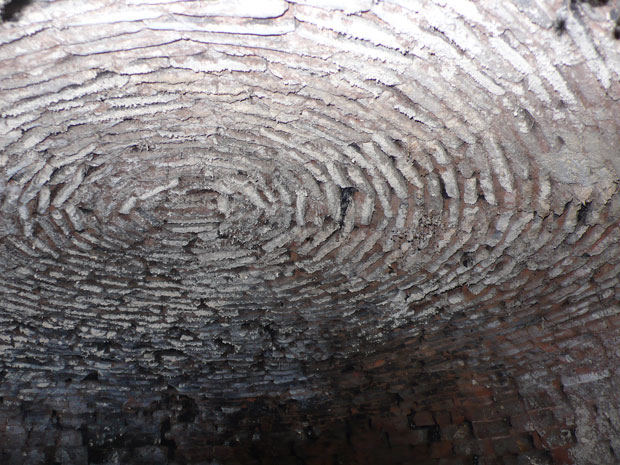 The inside vault of our bread oven

Among the things that Mr and Mrs Previous Owner left us are two utensils related to the oven – one for raking the cinders and the other for putting the bread into the oven and removing it. Now, the wooden pincers that you can see on the left have nothing to do with bread. Do you remember those old-fashioned woolen mattresses with grey and white striped covers that had a sort of roll around the edges? Well, the pincers were used to pinch them into shape. 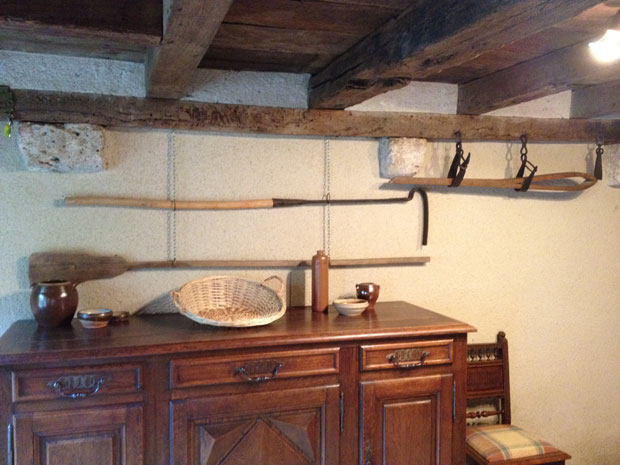 I doubt if you can guess what the next photo represents. According to Mr Previous Owner, the baker used a poker to check when the oven was hot enough. He’d put it in the oven, leave it for a few minutes, then test it on the beam above! I find this a little difficult to believe because if it were true, there would theoretically be a lot more burn marks, wouldn’t there ? It’s a nice story anyway … 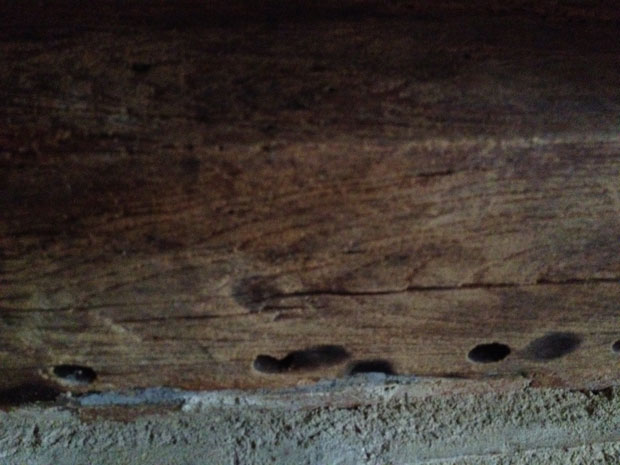 Burn marks on our oven

Mrs Previous Owner, who is one of those people with the knack for finding authentic objects, managed to salvage three bread baskets when the local bakery closed down several years ago. They were used to shape the loaf as it rose. 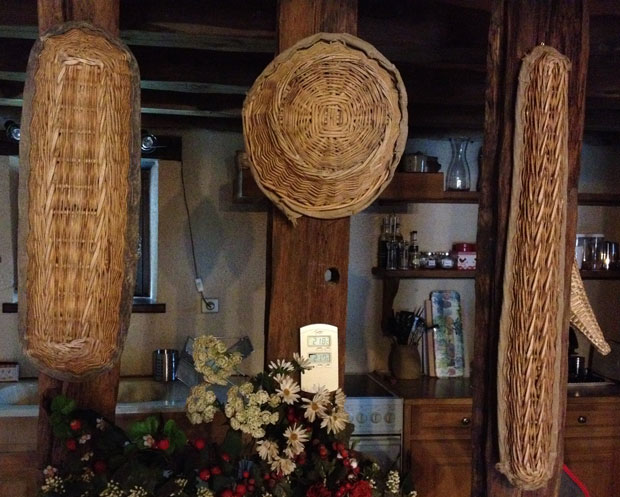 Up on the hill behind us is a house with a lovely little village bread oven, that is, it’s not inside a house but separate. Baking day was usually once a week and all the villagers would prepare their bread and bring it along to cook because only the bigger houses like ours had their own oven. 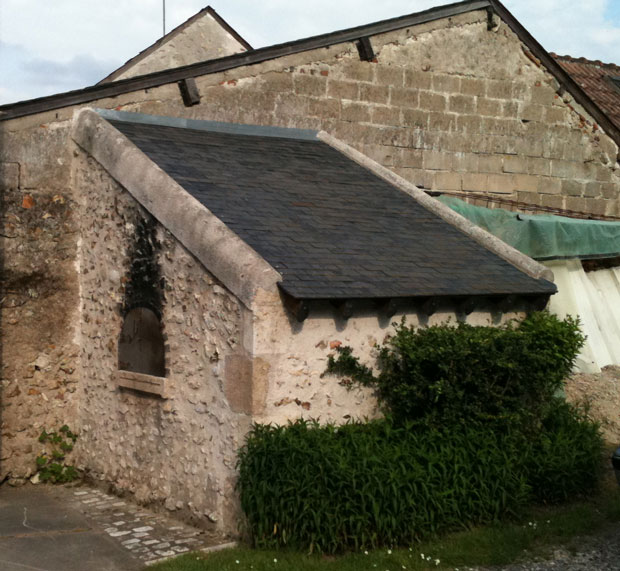 When we were cycling to Chaumont one day, we came across another type of village oven as we left the little village of Candé sur Beuvron. As you can see, it’s a much bigger and more sophisticated affair than the one in Blois. 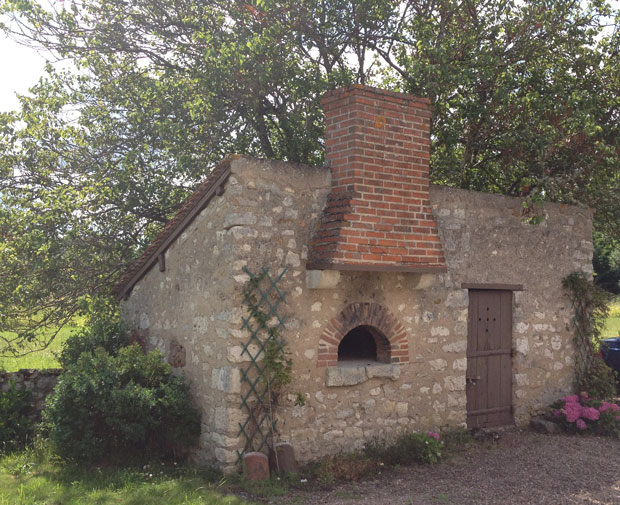 I currently make my own bread with a bread-making machine, you may remember, so I have high hopes of one day being able to bake it in my own wood-fired oven!!! 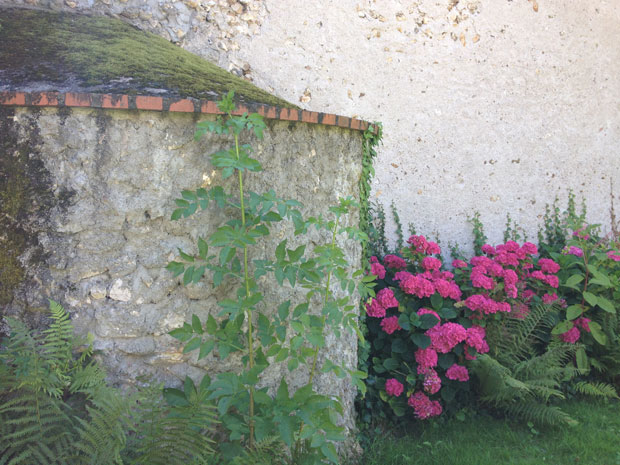 Our bread oven from the back

10 Responses to Bread Ovens in the Loire Valley