Yesterday, I picked up Jane, my faithful friend from high school days, who still lives in my hometown (Townsville, whose name, to French people, borders on the absurd, but it was founded by Sir Robert Towns) at Gare du Nord in Paris and drove to Blois. Jane is a seasoned traveller, with friends across the world, and often comes to visit. The Tom Tom took us on a very strange but competely unencumbered route out of the city and a couple of hours later we were in Blois and I was able to introduce Jane to Closerie Falaiseau. 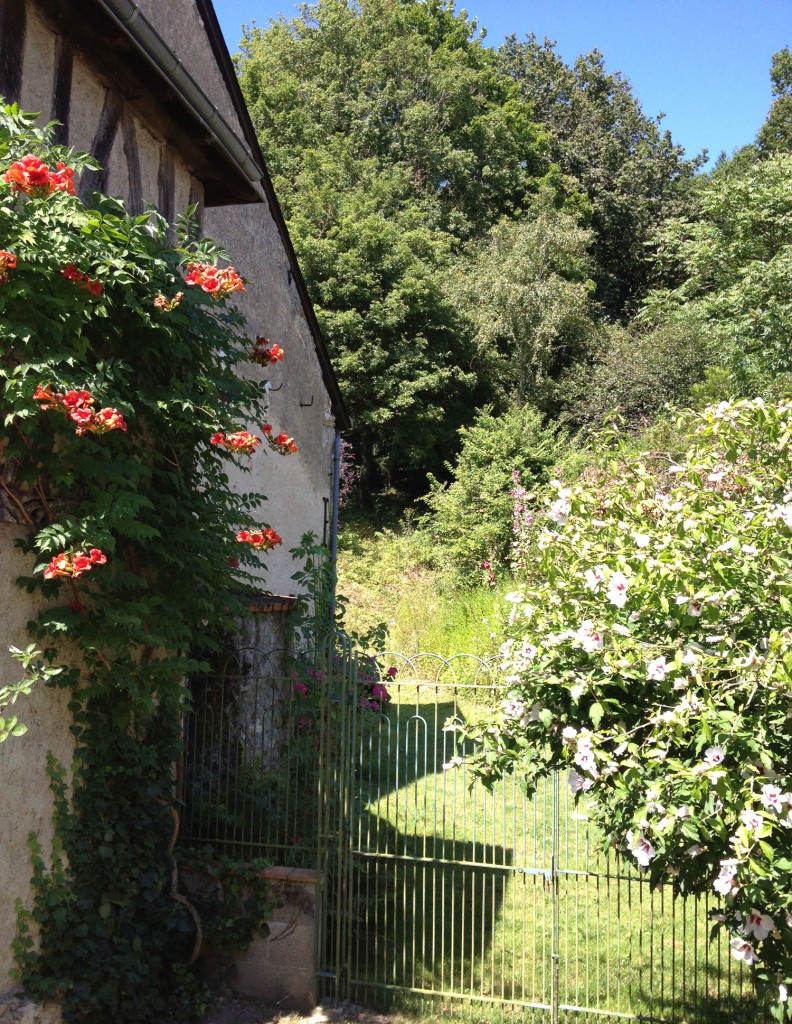 SANS keys. Again. Fortunately we’ve set up a code box system with the key inside for our gîte guests so were able to get in. I was relieved because I didn’t want to admit to Relationnel that I’d forgotten my keys again. The only problem is that we could get into the gîte OK, but not into our part of the house, for which I needed the key to the back garden. So I had to ring Relationnel after all. Fortunately, he’s so organised that his set of keys was in the car. 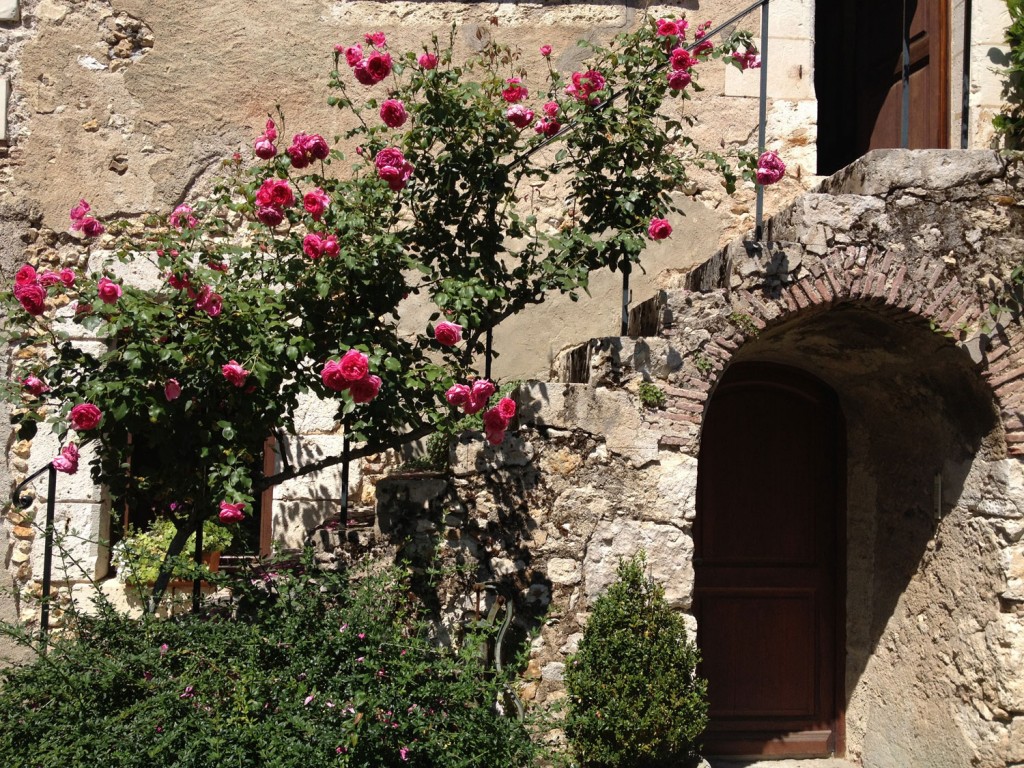 It was great to explore the garden and see what had grown since last Sunday. More gladioli have bloomed and we now have three different colours. Not very straight admittedly but I’m still amazed that they have grown at all. The Pierre Ronsard roses on the front steps are in full bloom again and our multicoloured yellow-to-pink Saharan rose bush that we bought at Orchaise Priory at the beginning of June has three roses and lots of buds. 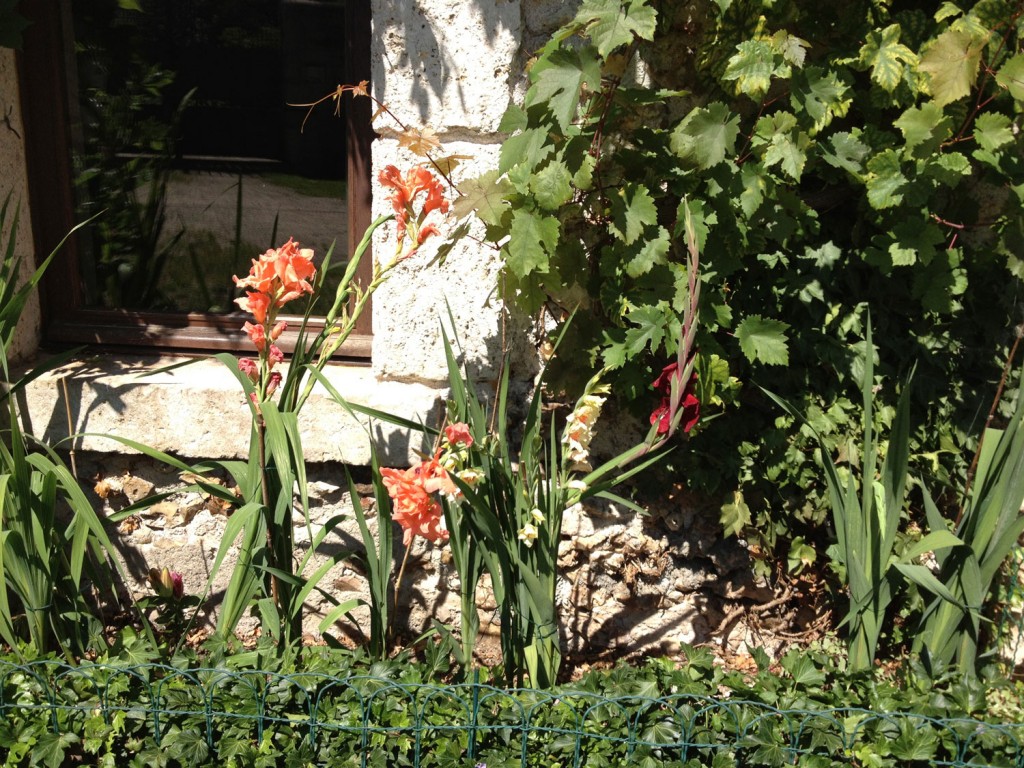 All the wizened potatoes we planted two weeks ago have taken but I’m very disappointed that the raspberries are not forthcoming. Jane is enjoying the wild strawberries growing in the garden of the little house though. What a pity I don’t like strawberries! 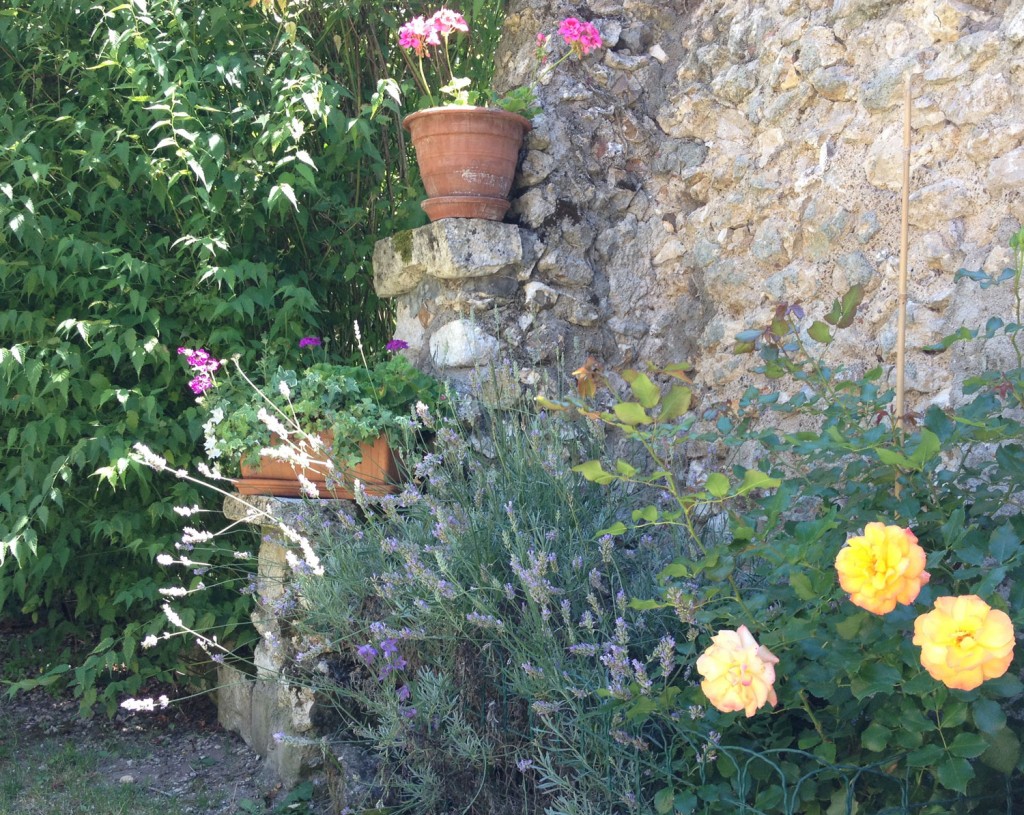