Me and My Tom Tom 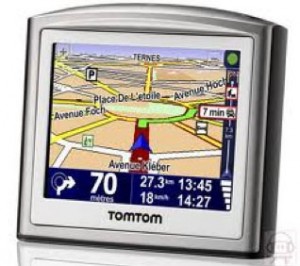 How come I don’t understand what my Tom Tom’s telling me to do? I bought one a few years ago for Relationnel but I’ve hardly ever used it. Now that we live in the middle of Paris, I rarely drive because it’s mostly just as fast to take the metro or the bus inside the city and when we go into the country, Relationnel always takes the wheel. I’d much rather look at the scenary or talk to Black Cat or snooze. So I’m used to hearing the Tom Tom but not to following the  instructions.

I practically turned round in circles in the 16th arrondissement the other day trying to understand where I was supposed to be going and yesterday, when I was going to the sales at Usine Center in the north of Paris, I overshot the turnoff completely. Relationnel tells me I should be watching the screen as well. But I have to confess it doesn’t really help! Maybe it’s just a question of practice. I certainly hope so because once we start going down to Blois more often I’ll be driving to a lot more in places I don’t know, not like in Paris where I can usually navigate pretty well, even around Place de l’Etoile. 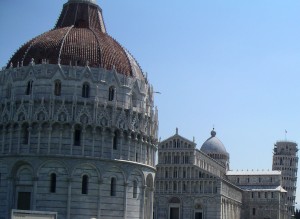 In French, they call it a “GPS” but I noticed when some friends friends came over from Australia recently, they called it a Tom Tom. I must say it’s extremely useful when we travel to other countries. I can remember some terrible arguments in Italy especially when I didn’t manage to direct us where we should, one of the main reasons being that Relationnel follows his sense of direction which doesn’t work too well when there are one-way streets. I remember one horrendous day in Pisa when the river kept getting in the way.

But now that he’s got the Tom Tom to talk back to, I don’t have to navigate any more. “Faites demi-tour dès que possible” it says imperiously (I’ve got the voice down to a pat) when we’re going in the opposite direction. “Vous êtes arrivé” (with the liaison and all) when we reach our destination. “Tournez immédiatement à gauche. Tournez à gauche. Tournez à gauche!” in desperation when you’re about to miss the turn. The trouble is I miss it anyway. The voice sounds so real that we start explaining what we’re doing! “Hang on. We need to get petrol.” or “We’re going to the supermarket first” (me) or “That couldn’t possibly be right” or “No way. I’m not taking that direction” (Relationnel).

We tried using a man’s voice but neither of us liked it. I’ll let you look for the psychology behind that.

I could try putting it in English I suppose. Maybe I would understand better.  Do you have problems with your Tom Tom?

14 Responses to Me and My Tom Tom