Posted on September 13, 2012 by Rosemary Kneipp

The last time we went to Australia, we stayed in Hong Kong on the way there and the way back so we have already visited most of the sights. After touching down at about 7 am, we went to our hotel, Butterfly on Wellington, a so-called boutique hotel (I’ve yet to really understand what a boutique hotel is) highly recommended by Trip Advisor. Well, you have to start somewhere, don’t you? Book-in time is normally 2 pm, but we decided to take our chance. 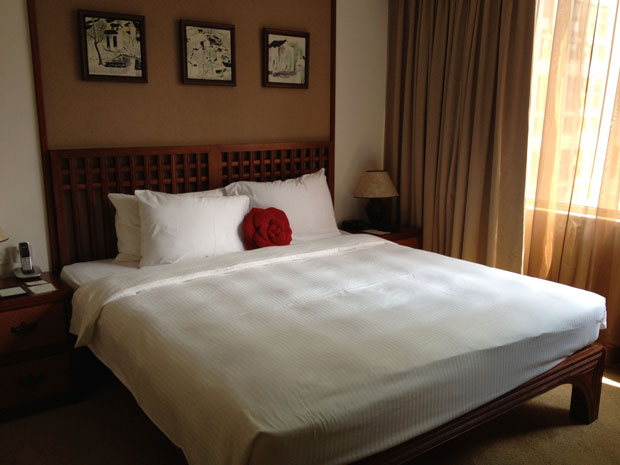 The staff were very friendly and for an extra 30 euro, we took an excecutive suite we could use straight away. Considering that we’d hardly slept during the 11 hour flight, it seemed worth it. The room was spacious and attractive, with an expresso coffee machine and bathrobes as extras. After sleeping for a while, we ventured out for lunch about 1 pm. I love dim sum but I’d never seen these green ones which turned out to be spinach. 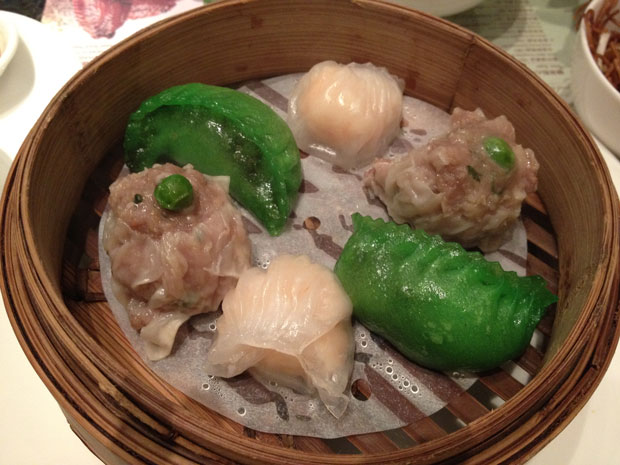 Delicious dim sums, including a spinach one

We then headed for Kowloon to do some shopping but as we neared the ferry, I saw signs for “outlying islands”which seemed far more attractive than the crowded streets of Kowloon. We studied up the guide book and decided to go to Lamma Island, about ½ hour by boat from Hong Kong Island and a favourite with ex-patriots because it’s cheaper than living in Hong Kong. We found the right pier and changed our notes to get 160 Hong Kong dollars each in coins to feed into the turnstile. You’d wonder why they can’t install a ticket system ! 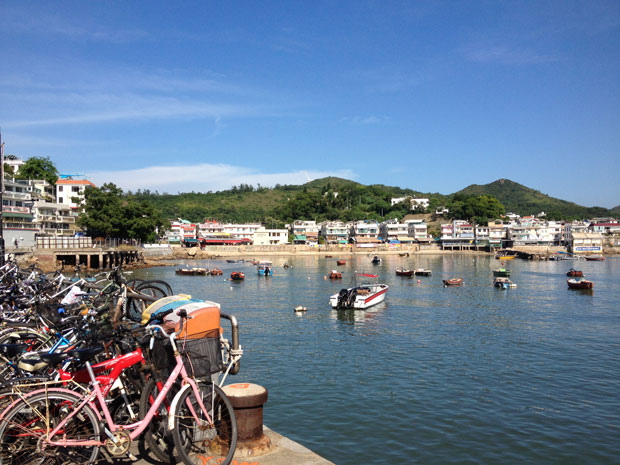 There are no cars on Lamma because there are no roads, just concrete paths and the occasional long very narrow vehicle full of workers. The eponymous main street has a little temple and lots of shops and restaurants catering to both Chinese and ex-pat customers. You see the occasional bike  but not really that many. We followed a sign to an old village but there wasn’t much to see so we went in the other direction and did the « family walk » to Sok Kwu Wan – 1 hour 15 minutes on a concrete coastal path that wound up the hill and down again. 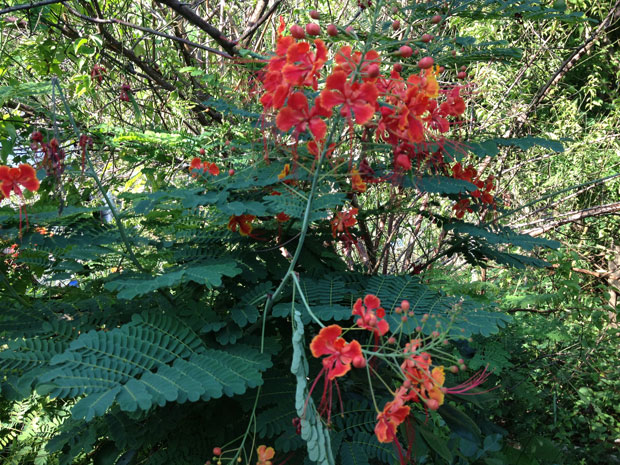 We saw lots of tropical trees, flowers and birds very reminiscent of North Queensland. After a while, I noticed that all the teenagers coming towards us appeared to have been swimming. We soon came across an attractive little beach with surprisingly few people. Unfortunately, we didn’t have our swimsuits with us because they even had showers and changing facilities further along. We had a freshly made watermelon juice at Hung Shing Ye instead, refreshed by a fine overhead mist  that floated down on us from time to time. 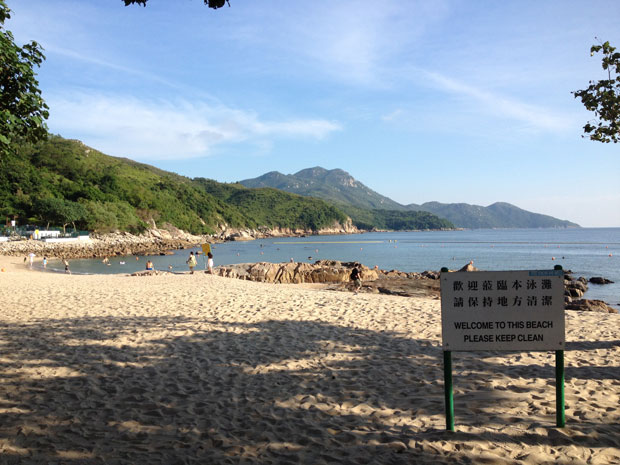 When we set off at about 6 pm, we still had 50 minutes to go. We got to Sok just as the sun was setting. We’re so used to the long summer twilights in France that we could easily have been caught in the dark ! We walked along the main street which was really just a series of restaurants and chose the Rainbow. We had  a delicious bug called squilla, some tasty little geoduck clams and a somewhat insipid fish called garoupa. After filling in our customer satisfaction form (they have them everywhere in Hong Kong), we discovered that our restaurant had its own “Rainbow ferry” whose price was included in the meal. 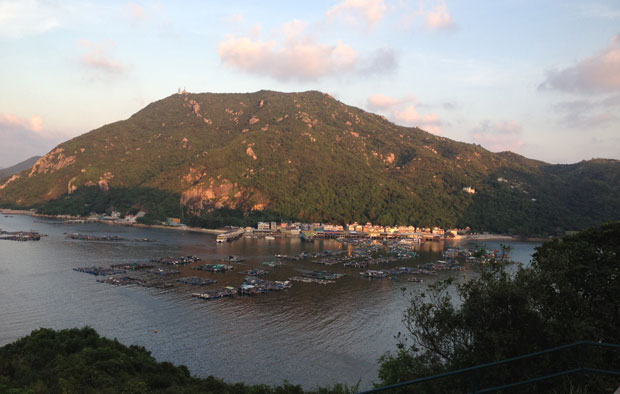 The most spectacular part of the day was the view of Hong Kong on the way back. Unfortunately, the boat moved a little too much to take photos that would do it justice. We were up on the upper deck and I was afraid that I was going to lose my iPhone, particularly when I had to keep changing sides. We walked back to the hotel  via the extraordinary network of passenger walkways a couple of floors above street level, very pleased with our impromptu day in Hong Kong. 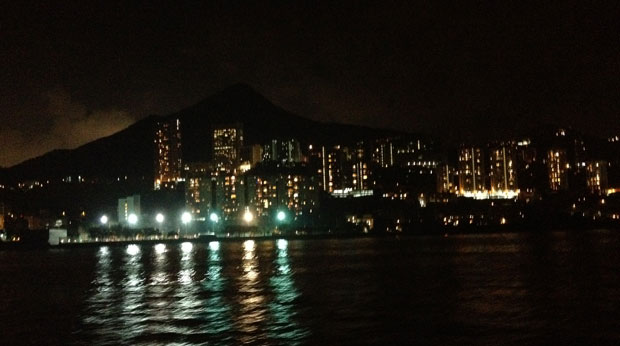 This entry was posted in Sightseeing, Travelling. Bookmark the permalink.