Posted on September 23, 2012 by Rosemary Kneipp

Today, we went wine tasting and the owner of the Puddleduck Vineyard about a half an hour out of Hobart told us it is the second driest capital in Australia. Considering how much rain we’ve had since we arrived, it is difficult to believe. He had lots of other figures: Tasmania produces 0.4 % of Australia’s wine but 10% of its best wine. Which might account for the consistently high prices. 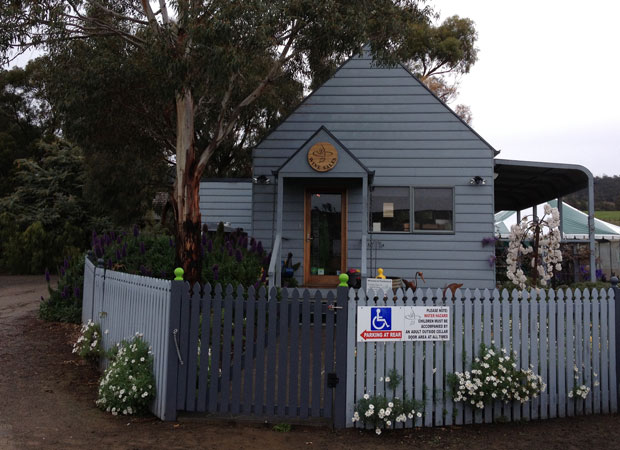 We enjoyed our tasting at Puddleduck’s. It’s the sort we particularly like where the wine grower is present and knowledgeable about his wine and enthusiastic about sharing what he knows. We also learnt from Darren that Tasmania is the second best-known producer of sparkling wine after France. We tasted their Bubbleduck first but found it too bubbly. 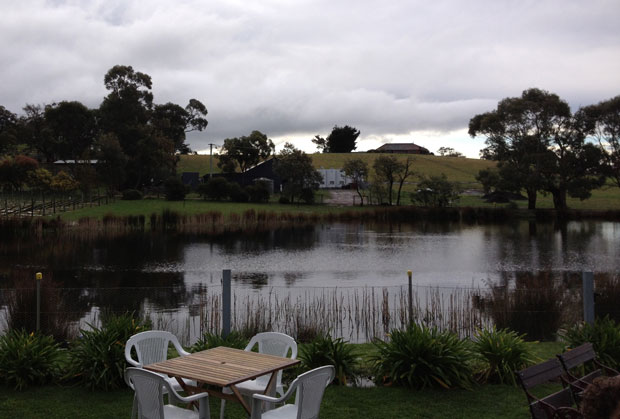 Darren’s backyard, as he calls it

To my surprise, I liked their chardonnay, Darren’s fist white wine as Puddleduck “Wine Maker”, which was much closer to my taste than the ones we tried at the previous vineyard, Stefano Lubiana, which unfortunately only had four wines available for tasting (the other two were pinot noir). We bought their pinot griggio without trying it, so hope it’s good. 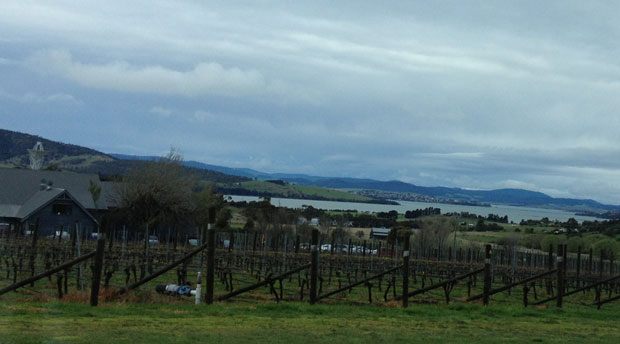 View of another vineyard near Richmond

I also liked Puddleduck’s well-structured  oaked pinot noir with its surprisingly spicy nose and finish. Not as keen on their Bazil Signature pinot noir, which, like the Lubiana pinot, was more reminiscent of  the pinots from Alsace, which are rarely to my taste. At 34 dollars for the chardonnay and 42 for the pinot noir, they are not cheap by any standards. 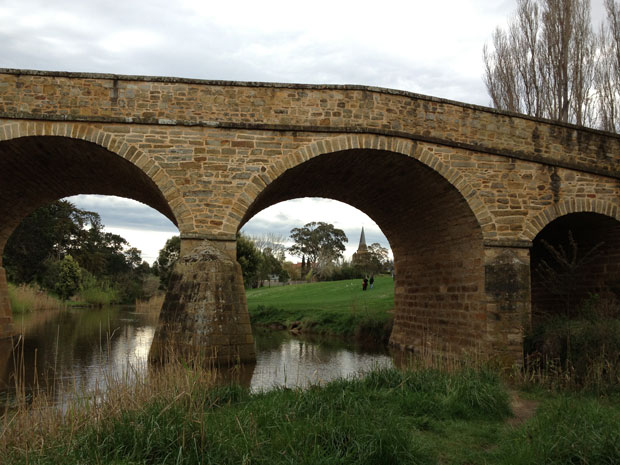 It was a good way to pass a rainy afternoon in any case.  In the morning, we just had time to visit Australia’s oldest bridge in Richmond and wander through the nearby cemetary with its old settler graves followed by a couple of tasty pies and an awful cappuccino at the Bakery before the rain set in. Judging from the large number of men and girls in kilts, some sort of Scottish event must have been on the programme later in the day. 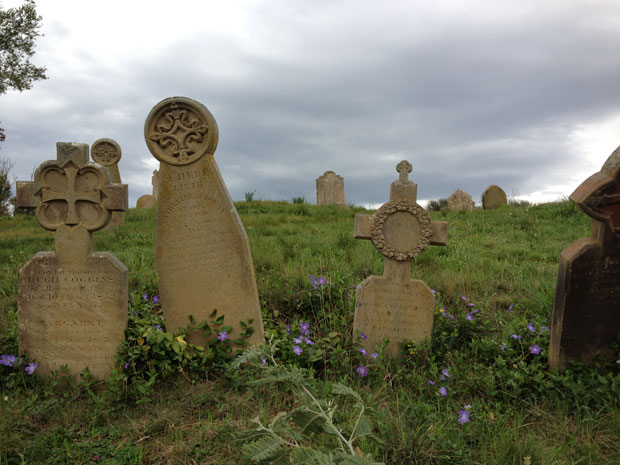 Graves of early settlers in Richmond

Tomorrow we’re off the Port Arthur and are hoping that the weather will be more clement. I’m still hoping to take a decent photo of Hobart’s magnificent harbour yet!

This entry was posted in Australia, Sightseeing, Wine and tagged Puddleduck winery, Richmond. Bookmark the permalink.