Posted on September 18, 2012 by Rosemary Kneipp

Our four days in Sydney were spent catching up with family and friends, some of whom we hadn’t seen for 3 years, which was wonderful but exhausting particularly since we arrived a day later than I had expected which meant quite a bit of rescheduling. We left for Tasmania on Monday morning. 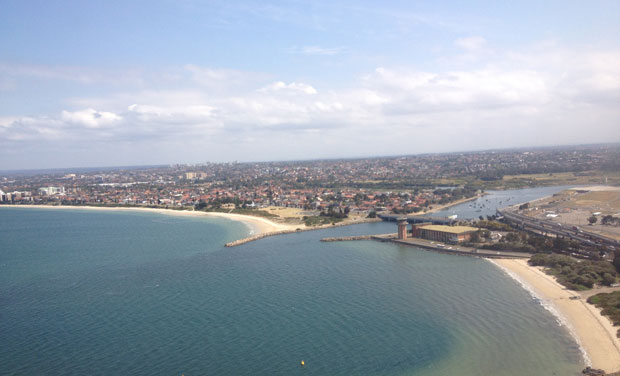 Flying out of the Sydney

The plane left about an hour late but we made up for some of the lost time between Melbourne and Launceston. It was rainy and cold when we arrived at our home exchange in Riverside. It has a wonderful view of the River Tamar which it was difficult to fully appreciate because of the weather. 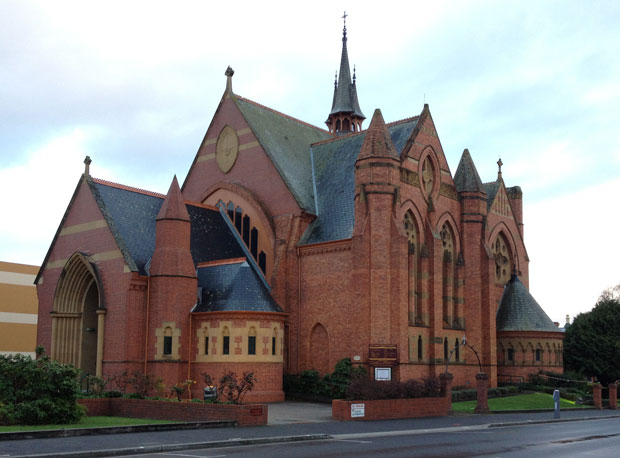 We drove into the city centre in our smart home exchange car with its built-in GPS. However, as I mentioned yesterday, we were amazed to discover that the shops are all closed by 5.30 pm. So much for food shopping. So we ate at Fish n’ Chips on Seaport Boulevard but thought it was very expensive and nothing out of the ordinary. The other restaurant was more upmarket. So a rather gloomy day in all. 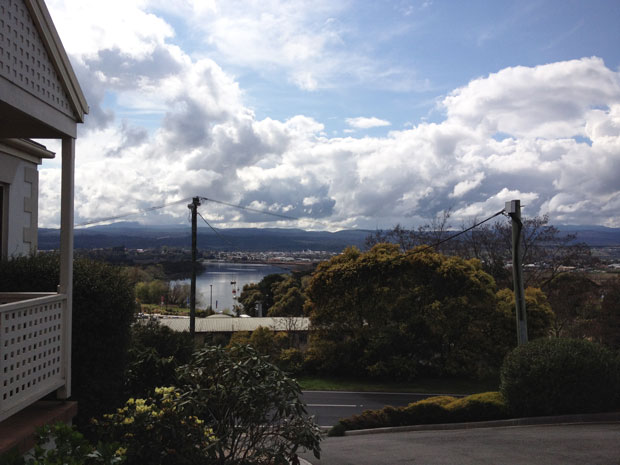 View from just below our home exchange house in Riverside

When we woke up this morning the world had taken on a new light. It was sunny! We could appreciate the stunning view the start with. We went into town to have breakfast at Elaia Café where we sat outside and ate our bacon and eggs with great gusto (you can’t buy regular bacon in France). We parked in a side street with the prettiest little houses. 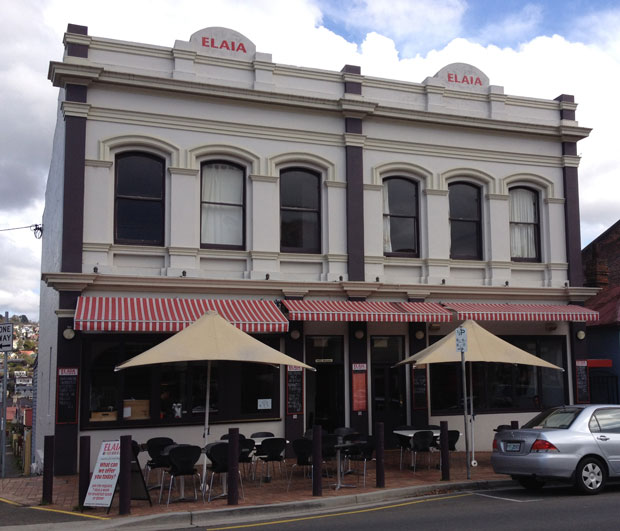 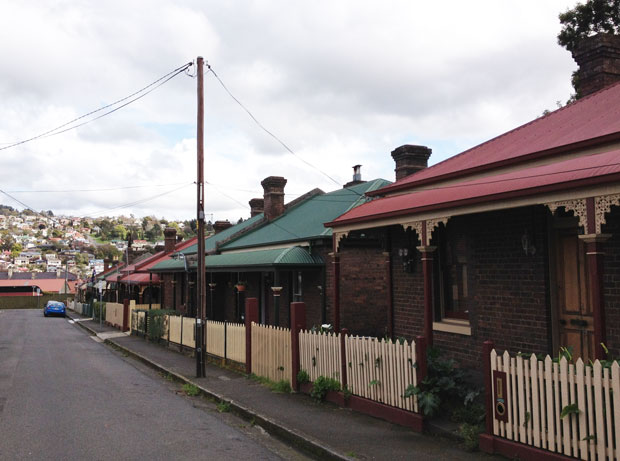 Houses in a little street off Charles Street

Our next stop was a wine tasting at Vélo on West Tamar Highway. I had read about the vineyard in a magazine cutting sent by our friends in Canberra whom we went with on a wine tour to Young and Orange last time we were in Australia. Michael, the vineyard owner, is one of Australia’s leading cyclists, having participated in the Moscow Olympic Games in 1980 and competed in Tour de France and Giro d’Italia. 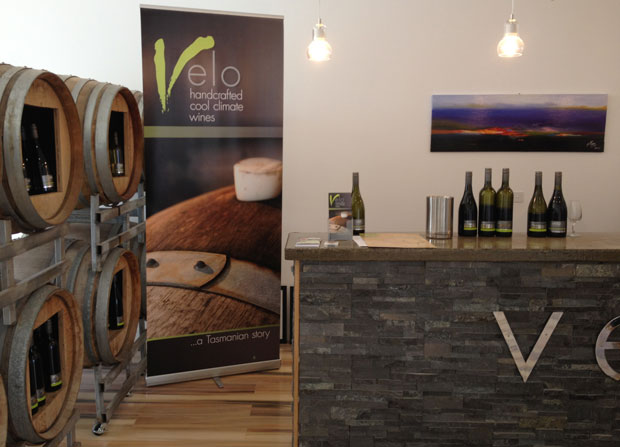 During that time, he and his wife Mary lived in France and Italy where they fell in love with wine. About 10 years ago, they bought one of Tasmania’s oldest vineyards, planted in 1966 by Graham Wiltshire. They named their vineyard Vélo, which means bike in French. It was Mary who looked after us at their cellar door with its wonderful view of the Tamar Valley.

She was busy with other customers when we arrived so had the time to hear us speaking French. Relationnel was delighted when she said “bonjour”. Although a little hesitant at first, she was able to present the different whites we wanted to try and I just supplied the missing vocab from time to time. We began with a sauvignon blanc, followed by a riesling (as we’d mentioned oysters), a pinot gris and an unwooded chardonnay with a surprising lychee nose.

View from Velo’s cellar door, soon to add a café

We chose the well-structured riesling and the pinot gris, with its elegant mineral nose and long finish, both 2010. They were not cheap by our standards  at 25 dollars a piece, but then nothing is cheap for us at the moment now that the euro and dollar are practically on a par. They were our first experience of Tasmanian wines and we found them to be of excellent quality and very well-finished.

An excellent start to our first real day of holidays!

2 Responses to Wine Tasting in Tassie