A Unique War Memorial, a Bush Picnic and a Winery near Armidale

Posted on October 7, 2012 by Rosemary Kneipp

On the day of our family picnic to Dangars Falls near Armidale, we stopped on the way at a unique war memorial which was presented to us by Graeme, the historian in our party. The Dangarsleigh War Memorial is unique in that it was a private memorial erected by the Perrott family in memory of their oldest son, Harold, killed at Passchendale Ridge in the First World War. The local community joined in, making various contributions, including ceramic tiles from the Catholic Cathedral, and the other veterans were added to the list. Building commenced on October 6th 1920 and the monument was unveiled on Empire Day May 24th the next year. 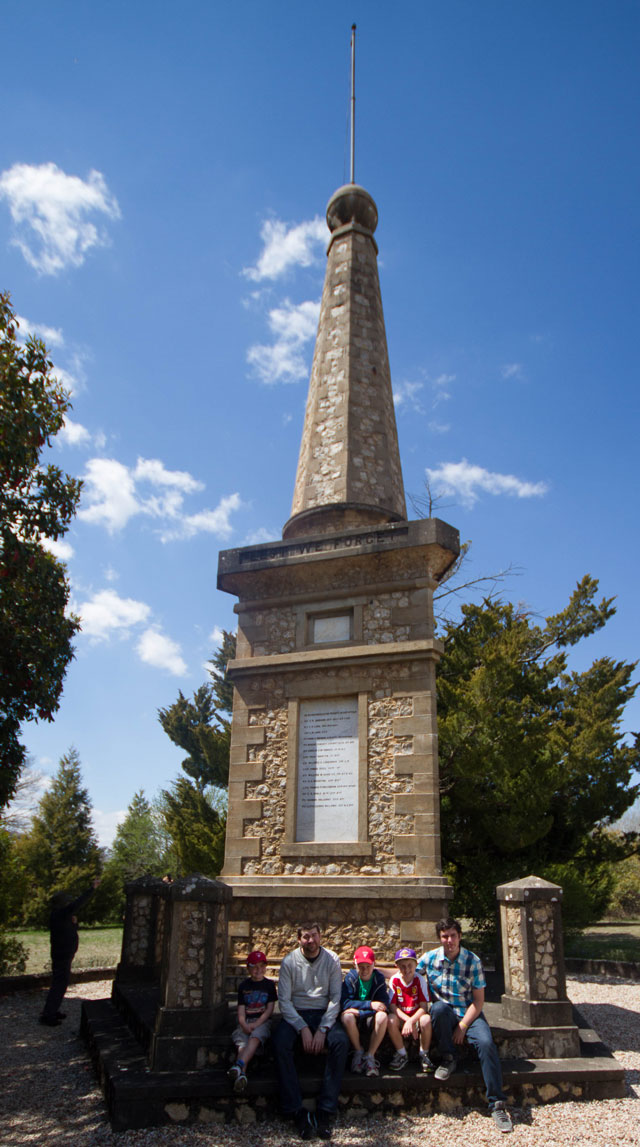 Harry Court, an Armidale blacksmith, made and donated the turnstile and worked symbols of the Navy and the Army into the handles. Each of the elements of the monument has a symbolic meaning, determined by Mr Perrott: • the large circle surrounding the monument “represents the world, with the inlaid stones showing the rough path of life”; • the three-sided base “represents ‘Mother’ England with Ireland and Scotland; • the five smaller pillars, each with five sides represent the ‘Children’ of the British Empire – Australia, Canada, India, New Zealand and South Africa”; and • the eight-sided obelisk “unifies England with Ireland and Scotland, and the five Dominions to form the British Empire, above which is the globe to represent the world.” 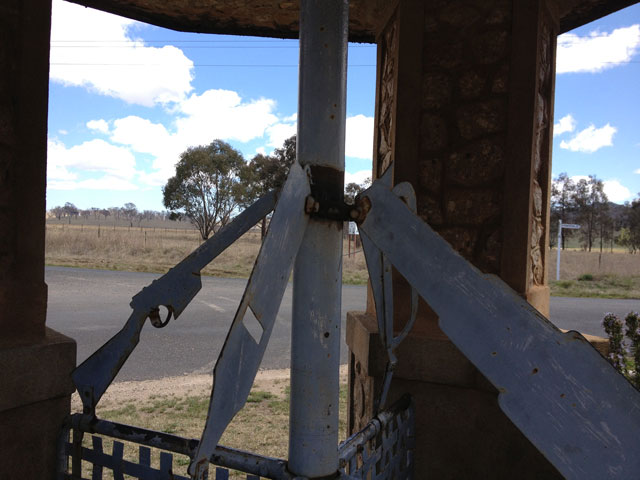 Gun, bugle, whistle and cannon on the turnstile at Dangarsleigh War Memorial

“The entrance is in the form of an eastern temple and invites people to ‘Nirvana’, the Place of Peace and is surmounted by a bell, which calls the souls to rest. The turnstile has handles fashioned into shapes of a military bugle, service rifle, Naval bosun’s whistle and a cannon.” The Perrot family graves are nearby. 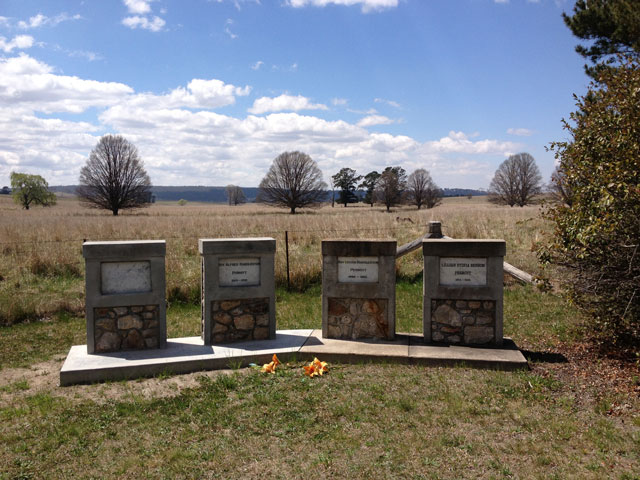 I wish I had had Graeme to talk to me about Australian history when I was growing up. “Social studies” as we called it then seemed very dry and full of dates and I dropped it as soon as I could in high school. It was not until I went to England for the first time in 1975 that history became a reality. I’ve learnt to look at the whole picture and see how different things fit together, but I still have trouble with dates. 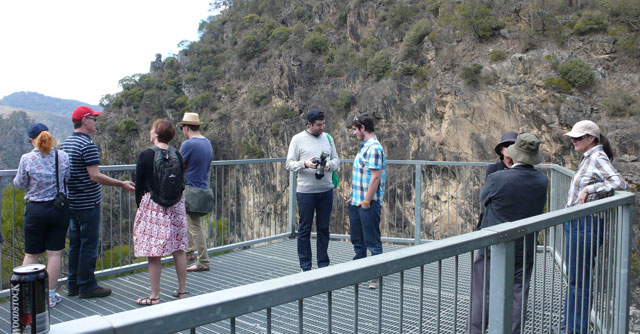 Family interaction on the viewing platform at Dangars Falls

We then went on to Dangars Falls and our family party took over the viewing platform altogether.  I learnt that one of Graeme’s friends was killed in the terrible massacre in the 1960s at Port Arthur in Tasmania, which we visited a week or so ago. He also had a student who jumped off the cliff above the falls. Such terrible tragedies. 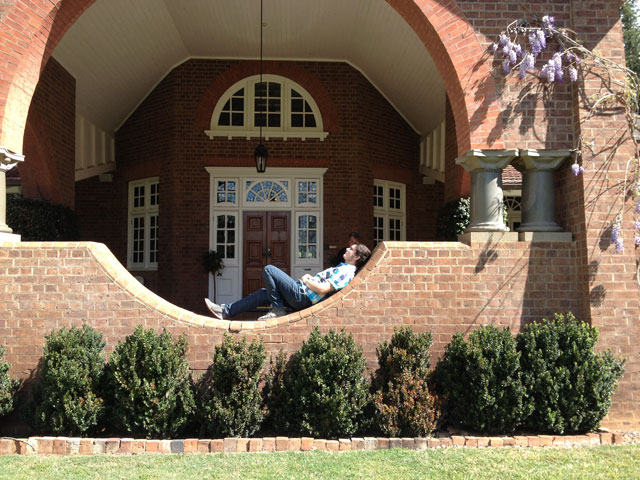 Chilling out at Petersons Wineries

After the picnic, we went to visit Petersons Wineries, with their lovely old guest house built in 1911 featuring a distinctive archway that the younger generation found most enticing! After tasting a couple of wines at the cellar door, which is in the old stables, we bought a glass of wine each and sat under the shady trees outside. These are the moments with family that I miss most when I’m in France.

3 Responses to A Unique War Memorial, a Bush Picnic and a Winery near Armidale