The First Mushrooms in our Wood

When Relationnel arrived in Blois on Thursday evening, he immediately went up into the little wood behind the house which is part of our property and reported that there were some white mushrooms that he wanted to check out next day when it was light. So next morning, I put on my thick walking shoes and we went up to explore. We were delighted to find a whole basketful of what looked like wood mushrooms (agaricus silvicola). 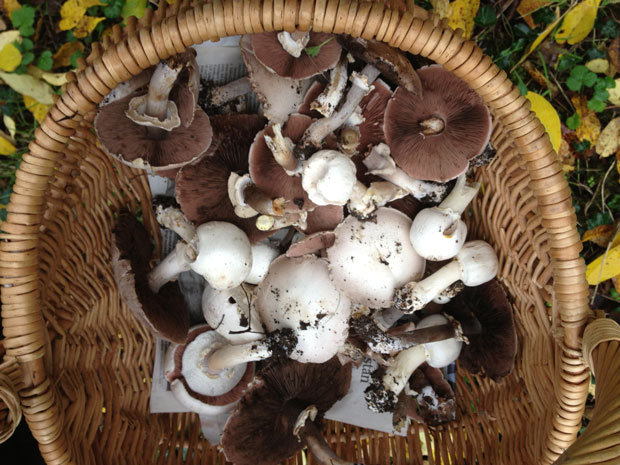 However,  since there is a risk of confusion with other agarics, he naturally wanted to make sure they were edible, particularly as they had turned a slight yellowish colour when picked. We had already been careful to pull them out completely to check there was no volva on the end.  The volva is a ruptured, sack-like covering at the base of the mushroom’s stem which is mainly present in poisonous mushrooms. 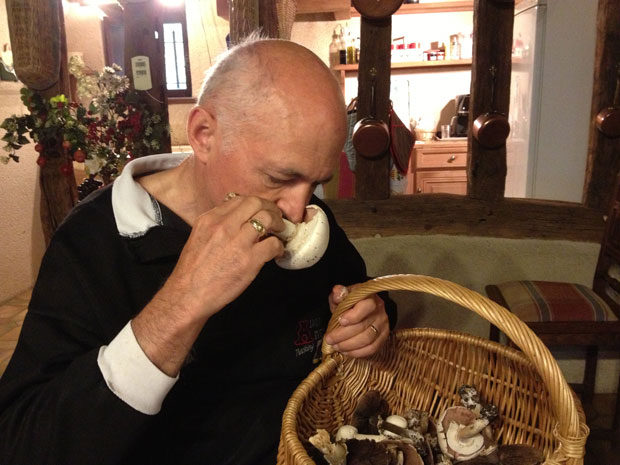 Checking for the aniseed smell

Relationnel got out his reference books to check. The most distinctive thing about agaricus silvicola is its aniseed smell, which our mushrooms were lacking. Although he was not able to identify the species, he sensibly said we would throw them away. That is one of the first rules of wild mushroom picking as some are deadly. 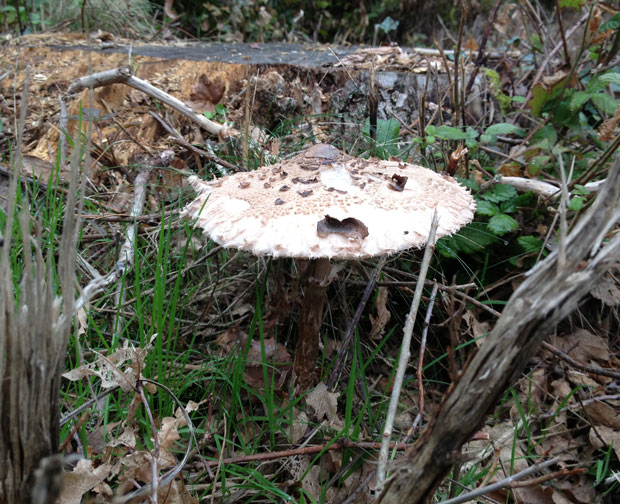 However, it made me want to go mushroom picking so after lunch, we set out with Mei Lun to search the forest where we found quite a lot of summer ceps this year. We put on our “mushroom eyes” and the first ones we came across were parasol mushrooms (coulmelle in French) from the Lepiota family. 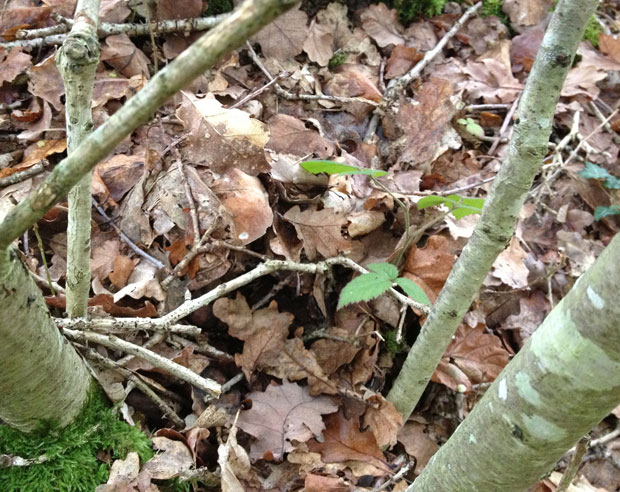 Cep hidden under the autumn leaves

Relationnel spied the first cep and called Mei Lun over to look. Even knowing it was there, she found it hard to see it among the autumn leaves. Once the leaves were removed, she could see it clearly. 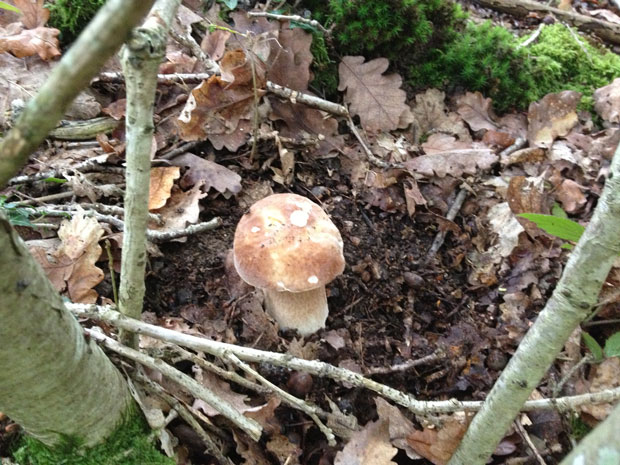 Cep after leaves have been removed

We kept searching and Relationnel and I found quite a very reasonable number of large ceps, including a double one! 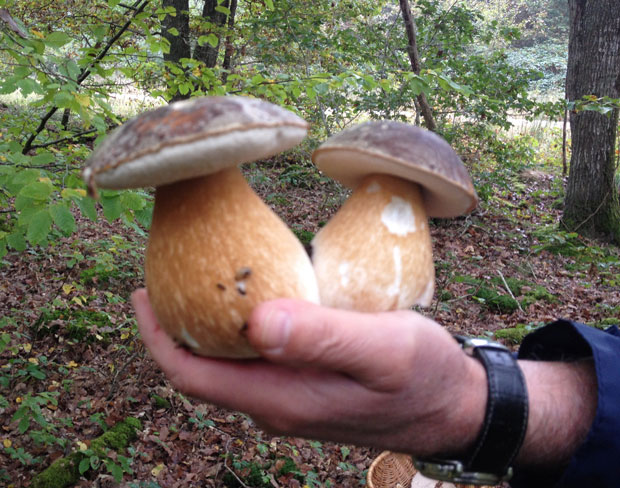 Mei Lun got increasingly frustrated, regretting that she hadn’t brought her other glasses! She saw lots of other mushrooms, but each time, they were inedible. I reassured her that she was already well on the way to finding a cep herself. Whenever I found one, I called her over so that she could see them in-situ and memorise the vegetation. Imagine her delight when at last she found one herself! 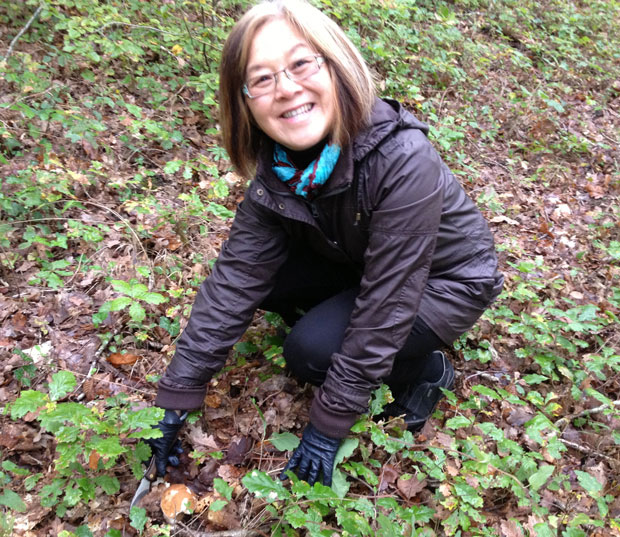 That night, Alain cooked up a lovely fresh line-caught bass which went perfectly with the parasol mushrooms and ceps.

5 Responses to The First Mushrooms in our Wood