It’s Wednesday again, and I have two blogs by fellow Australians to present and an award to announce. Teena Hughes from A Night in Paris, explains how to use your iPhone in Paris while Jill from Gigi’s French Window, a brand new blog,  shares her love of all things French and gives tips on learning French. I am also delighted to announce that I have been nominated for the 2012 Expats Blog Award by expatblogs.com which is a wonderful way to discover new blogs by expats across the globe.

Using an iPhone in Paris- woohoo!

by Teena Hughes from A Night in Paris, a Francophile who shares her week-long adventures in Paris in summer, taking readers off the beaten track to meet with locals, laugh & enjoy 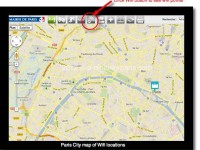 A wonderful thought, but if you’re bringing your iPhone on holidays (from outside France, like the Optus network in Australia) you need to be aware of a few things. Here is a small section of the map of Paris showing the City of Paris WIFI hotspots (more info further down the page). Read more.

by Jill from Gigi’s French Window, French ponderings from an Australian who must have been French in another life 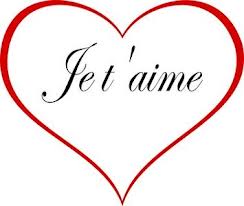 Where did my love of all things french come from……..? well, learning the french language at High school (many universes ago!) must have had something to do with it..my poor poor teacher..most of the students showed no interest whatsoever in her class..but moi? … well I sat at the very front..’ecoutez..ing and repetez …ing ‘ as I was told..I was sold on it at 13. Read more

Expats Blog, a “home for all expats abroad”, unites expat bloggers with their latest blog posts, blog reviews, expat interviews & contests. Their news team presents daily topical news items from around the globe. Every year, they “trawl the net dishing out awards to the very best expat bloggers” they can find for each country. They have gold, silver, bronze & runner up awards to the top 5 blogs in each country.

This year, Aussie in France has been included in their nominations. One judging criterion will be the reviews left on the listing on the Expats Blog website. It isn’t the only judging method, but it indicates that the blog has loyal readers and shows their feedback.

Some of you have already left your comments (and I am very touched by the lovely things you have said). If you have not already done so and would like to support Aussie in France, just click on the Expats Blog Award logo on the right and scroll down or click on http://www.expatsblog.com/blogs/526/aussie-in-france. Many thanks for your wonderful support.