Barcelona: Gastronomic Dining – Things to do in Barcelona – Gaudi’s Barcelona

The posts on my Wednesday Bloggers’ Round-Up today are all by Australians (or people with Australian connections) and all on the subject of Barcelona. Kathy Stanford from Femmes Francophiles has suggestions for both fine dining and casual dining in Barcelona, Craig Makepeace from Y Travel Blog offers lots of insider tips on things to do while Laurence from Finding the Universe offers us spectacular photos of Gaudi’s monuments that I can’t wait to visit! So let’s go to Barcelona!

by Kathy Stanford from Femmes Francophiles, an Australian who an ongoing passion for France and the French language just back in Australia after a holiday in Europe 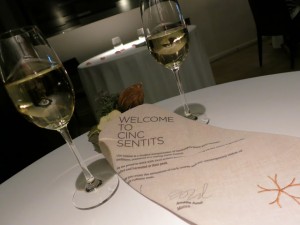 I visited Spain for the first time in 2001 as part of a whirlwind tour around Europe. I couldn’t understand people who raved about Spanish food. The food served to tourists on bus trips is generally lacking flavour and unexciting. All this changed last year when I stayed with Isa and Julio in Andalusia. What a revelation.

In January this year, in addition to tapas, I was fortunate to dine in the Michelin starred Cinc Sentits restaurant in Barcelona. Read more

Things to do in Barcelona

By Australian blogger Craig Makepeace from Y Travel Blog, who, with Caz, believes  that life is about creating great memories and making it a story to tell, and they do that through travel. 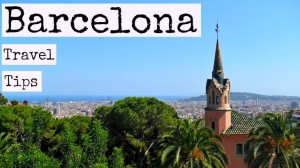 Looking for tips on things to do in Barcelona? As part of our city guides series, we interviewed Mariana Calleja from Travel Thirst who has been in Barcelona since January 2010, fell in love with the place, and decided to stay longer. Mariana shares with us her insider tips on the best things to do inBarcelona plus where to eat, sleep, drink, shop and explore. Why Visit Barcelona? Barcelona is a very rich city in many aspects. The easiest way… Read more

by Laurence from Finding the Universe, of British origin who, with German-born Vera, are both travellers, into writing and photography, slowly exploring the world. 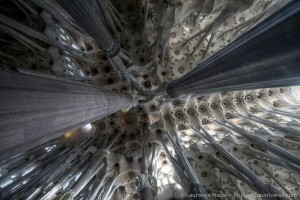 Gaudí. It’s kind of hard to visit Barcelona without spending your time gaping in awe at the architectural and artistic genius that he left behind all over the city.

A great deal of my week in Barcelona was therefore spent, gaping in awe, at his many truly incredible constructions. As well as gaping, I was also taking the odd photograph, which I’m sharing with you today. I wasn’t able to visit every bit of work he did, but I’d like to think that I took in the serious highlights.

In a future post I’ll be going more into the details of what to see and do in Barcelona. For now though, less detail: more eye candy.

4 Responses to Barcelona: Gastronomic Dining – Things to do in Barcelona – Gaudi’s Barcelona