Wednesday’s bloggers round-up this week features two Australians whom you already know: Phoebe from Lou Messugo, who explains the history and customs of the French version of April Fool’s Day or poisson d’avril, and Jo Karnagan from Frugal First Class Travel, guest posting on My French Life, who explains how to have really good French food in Paris without paying the earth. Enjoy!

A fishy start to April 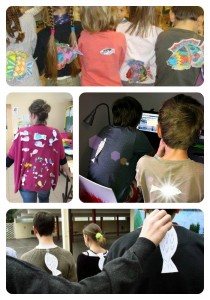 Today is the 1st of April and just like in many countries around the world, it’s the day of jokes, hoaxes and pranks.  Newspapers and other media publish fake stories but the real speciality in France is the Poisson d’avril.  This consists of sticking a paper fish on someone’s back and seeing how long they go without realising it.  Once the fish is discovered you shout “Poisson d’avril”!  Children adore trying to catch out their teachers if it falls on a school day or their parents when it’s a day at home.  My elder son has been sporting a fine specimen for a couple of hours as I write this, stuck on his back by his little brother completely unbeknownst to him. Read more

by Frugal First Class Travel, an Australian who loves to travel – especially in Europe – and who has gradually learned how to have a First Class trip on an economy budget, without missing out on anything!

This post was published by My French Life, a global community of French and francophiles connecting like-minded people in English & French 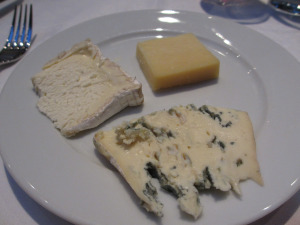 I love eating really good French food. But, like a lot of visitors to Paris, I’m put off by the €200 plus prices of the grand eateries –  just not within my budget. Therefore, on a recent trip to Paris, I was thrilled to have the opportunity to savour really good classic French food served in the formal European style at a relatively bargain price. Read more