Birthday Parties I Have Known

The first birthday party that stays in my mind was my 13th birthday celebration. It took place just 11 days after my older sister died in an accident and must have cost my mother enormous courage and effort because I only have happy memories of that day. It was a “movie party”. I invited the whole class and we went to see Mary Poppins at a matinee then spent the rest of the afternoon in the garden, playing party games and eating cake. 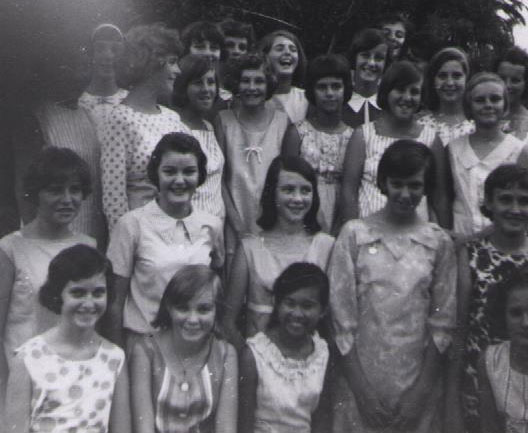 My thirteenth birthday party. I’m in the second row, second from the left.

Hardly the sort of party a thirteen-year-old would want today! But we didn’t have the same sophistication back then. One of my friends gave me a little gold cross on a chain. I think it was the first necklace I ever had and I loved it. I’m still in regular contact with six of the girls in the photo. 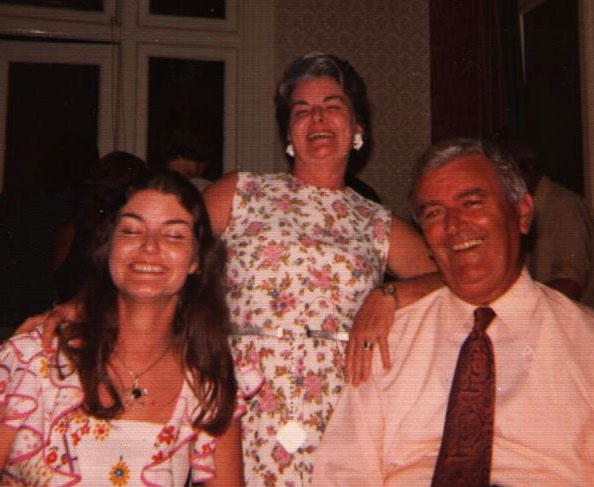 With my parents on my 21st birthday

The next memorable birthday party was my 21st, the age at which we reached our majority in those days, and was held in a hotel down on the Strand in Townsville whose name escapes me. As you can see from the photo taken with my parents, it was a fun evening!

My favourite present on that occasion was a red velvet jewel case and matching alarm clock to take on my journey to France, which was already in the planning stage, even though I wasn’t to leave for another year.

Skip a few years during which birthdays were always strictly family occasions spent with my children and husband and once or twice with my parents when they were visiting France. 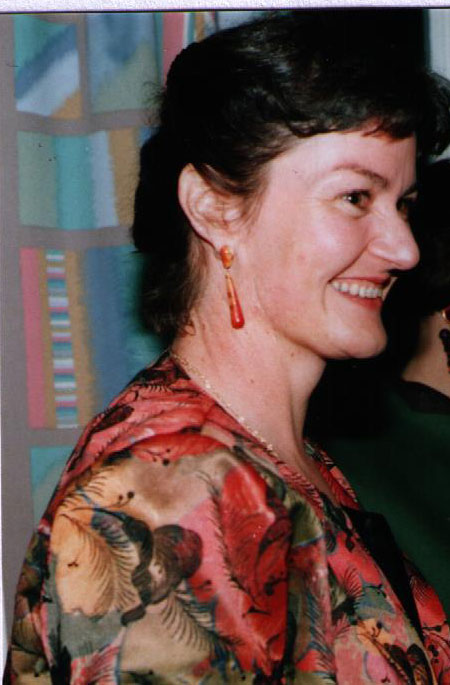 At my 40th birthday party

By the time I was about to turn 40, I was divorced and living alone with my children, Black Cat and Leonardo. I decided to have a party and celebrate in style. A very good Swedish friend offered her house, which had a spacious living room, and I told everyone to reserve the date. Then my father died. When I got back from the funeral, my friend said that I wasn’t to cancel the party. So I didn’t. 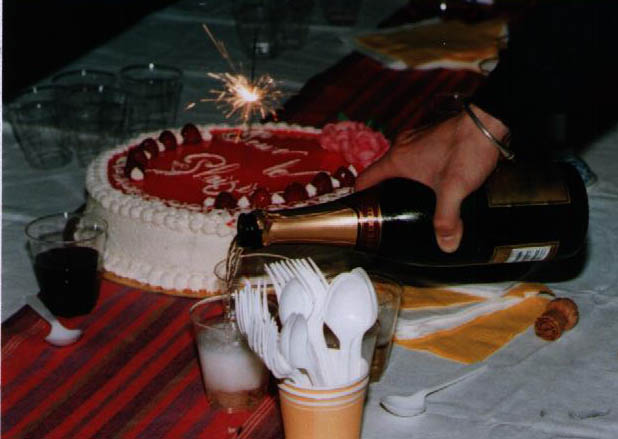 I ordered a cake and instead of candles, I had “Pour le plaisir” (just for the pleasure) written on it! I really enjoyed the party and was grateful to my friend for encouraging me to celebrate despite my grief. It took me three years to get over my father’s death. 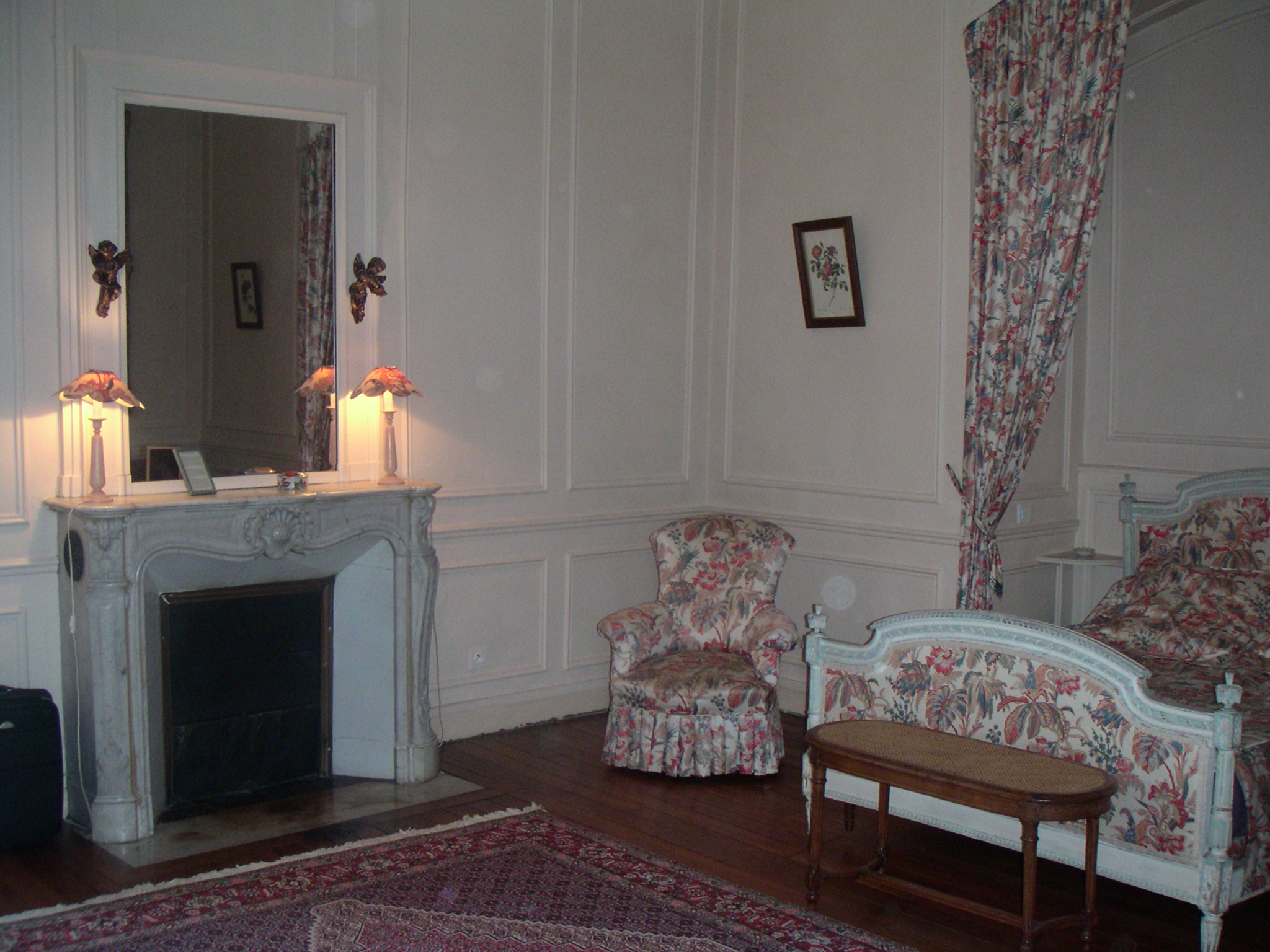 Our château bedroom on my 50th birthday

I didn’t want a party for my 50th birthday. By then, I had met and married Jean Michel and I wanted something intimate so we went to stay in a château in Champagne for the weekend. I remember every minute of it! My children and stepsons gave me my first digital camera. 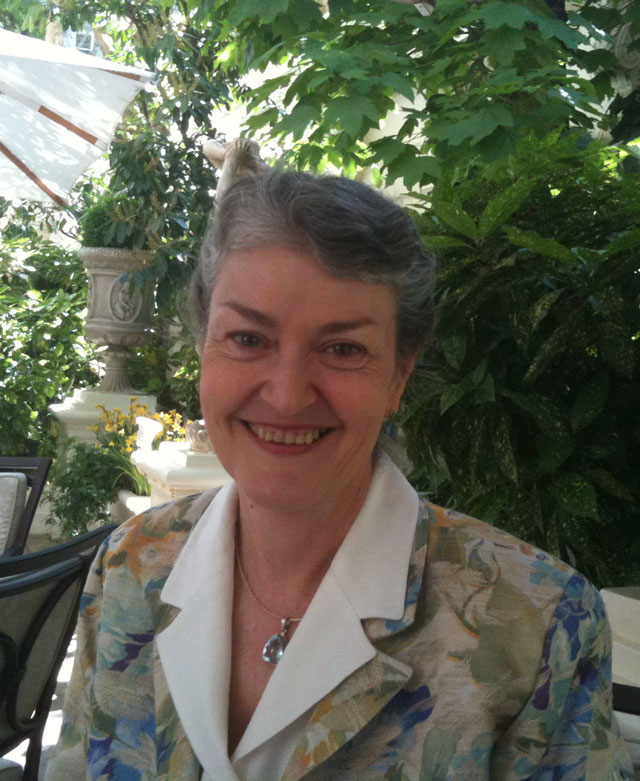 Lunch at the Ritz with Jean Michel

On each of my birthdays since we met in 1996, Jean Michel has taken me to a Michelin-starred restaurant, including The Ritz, Le Carré des Feuillants, La Grande Cascade and Hélène Darroze and has spoiled me with many lovely presents.

With my sixtieth birthday approaching, my daughter Black Cat kept asking me how I wanted to celebrate. I liked the idea of a party but didn’t have the energy to do anything about it. “How about I organise it then?” she said. “Just give me the list of the people you want to invite.” She is a communications and events manager so I knew it was in good hands. What a wonderful birthday present! 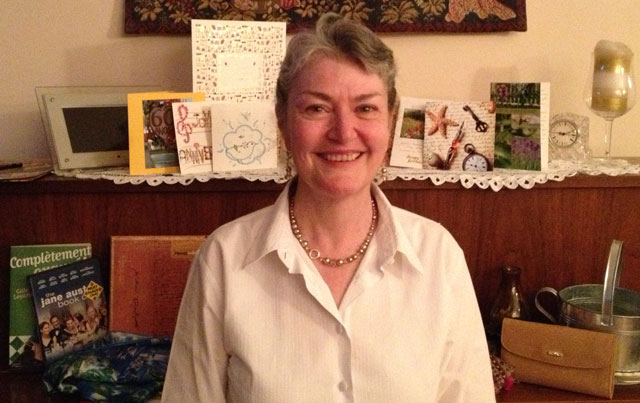 In front of my cards and presents on my 60th birthday

I said I’d be happy to help with preparations on the day of the party, so after shopping with her late Friday, including a new outfit for me, we spent Saturday afternoon putting various morcels of her invention on skewers while she organised all the rest. 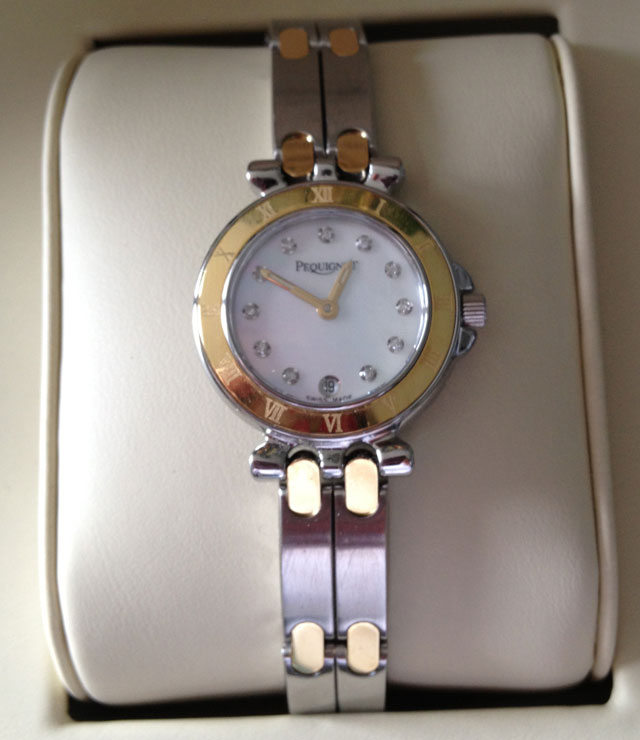 I had a wonderful evening. Black Cat, with the help of Jean Michel and his two sons looked after everything and I could devote myself entirely to being with all my lovely friends. Leonardo was in Australia but there in spirit. And Jean Michel gave me a beautiful new watch to replace the one I so sadly lost 16 years ago.

This entry was posted in Lifestyle and tagged 60th birthday. Bookmark the permalink.

13 Responses to Birthday Parties I Have Known