We stopped for the night in Vitré, about 40 K east of Rennes, on the way back from Brest on the western tip of Brittany one summer. We discovered a very pretty little town with a mediaeval granite castle, one of the first castles in France to be classified as a monument historique.  There are many beautiful granite, slate and half-timbered houses and colourful façades, mainly in Rue de la Baudrairie. I can’t remember the name of the hotel as it was nothing outstanding, but we had a view of the castle from our window. However, we were given a very useful free Michelin guide to “secondary” towns in France that we’ve been exploring ever since. 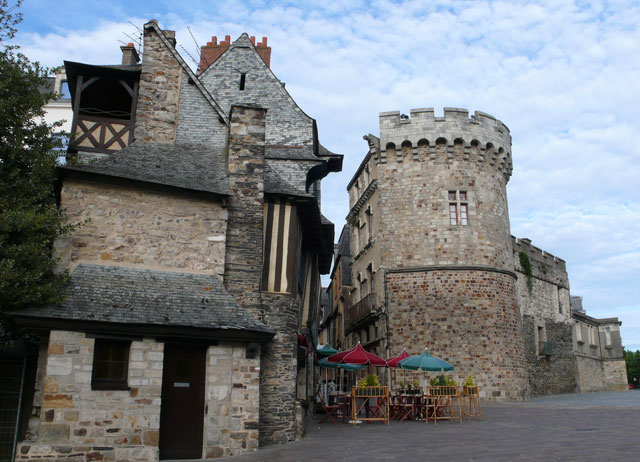 The castle in Vitré is one of the most imposing mediaeval castles in France. Here you can see one of the towers of the old ramparts 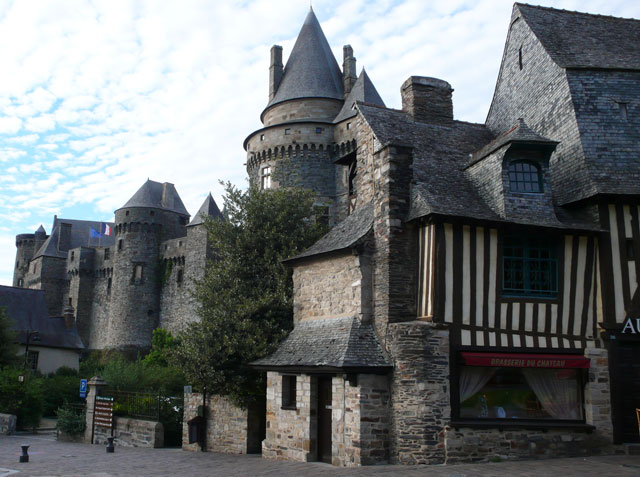 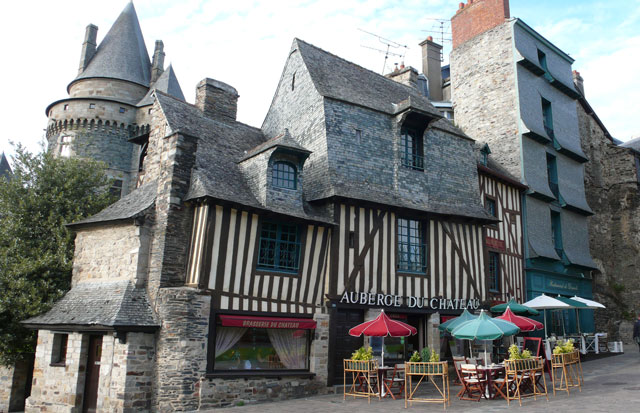 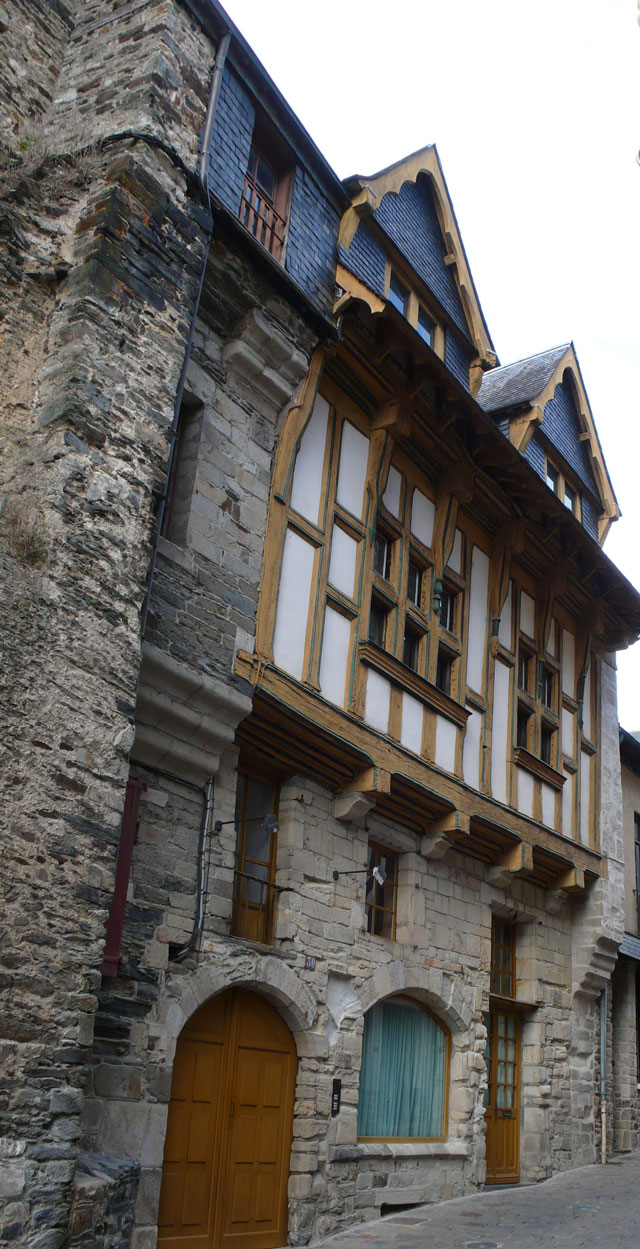 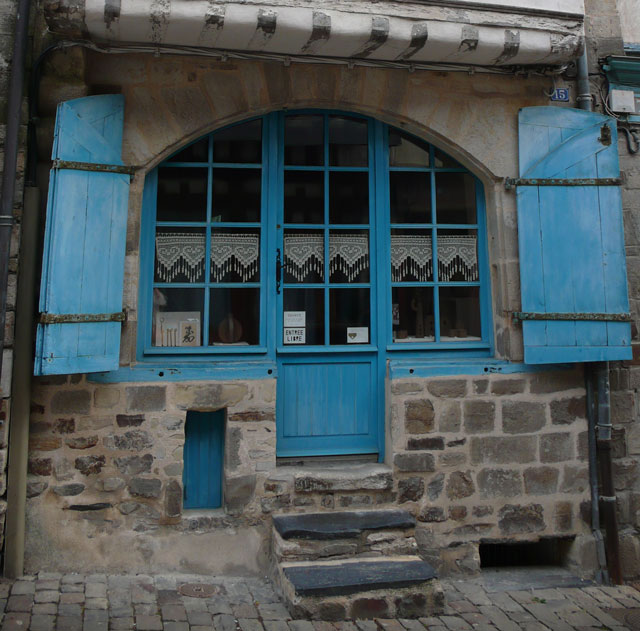 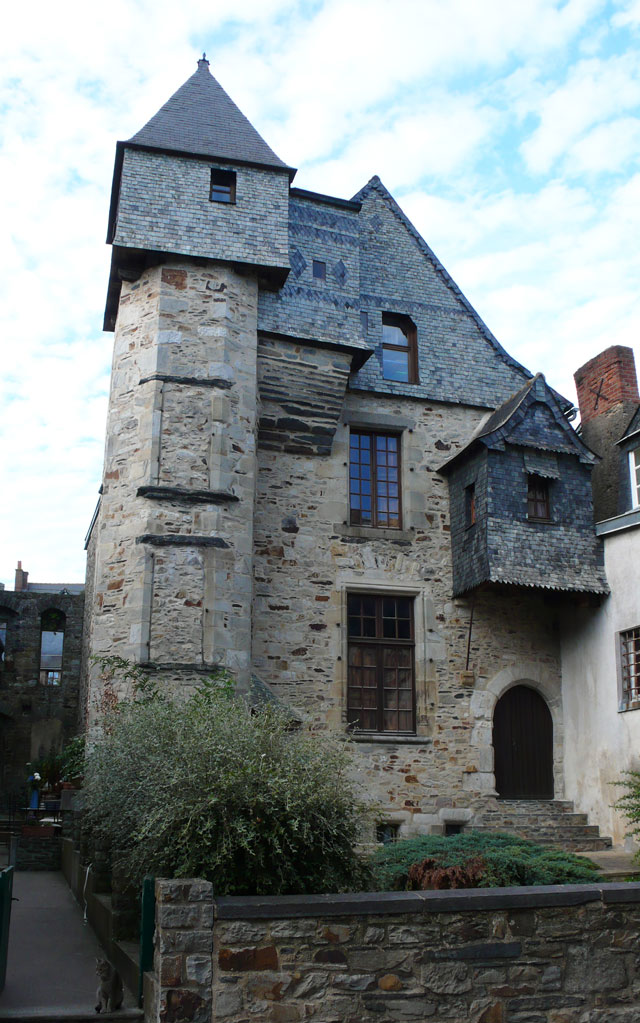 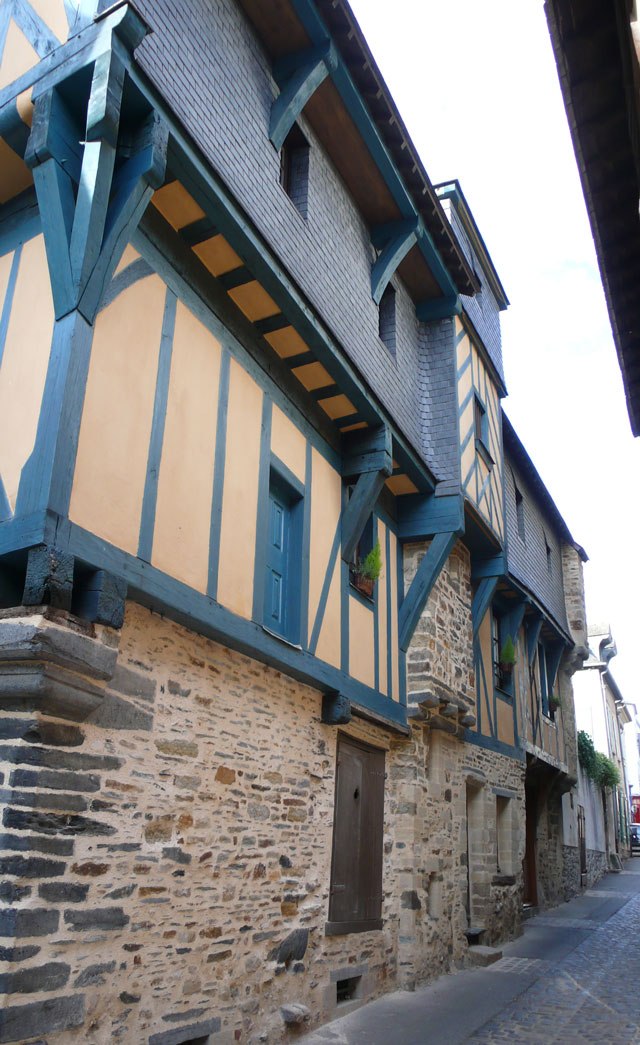 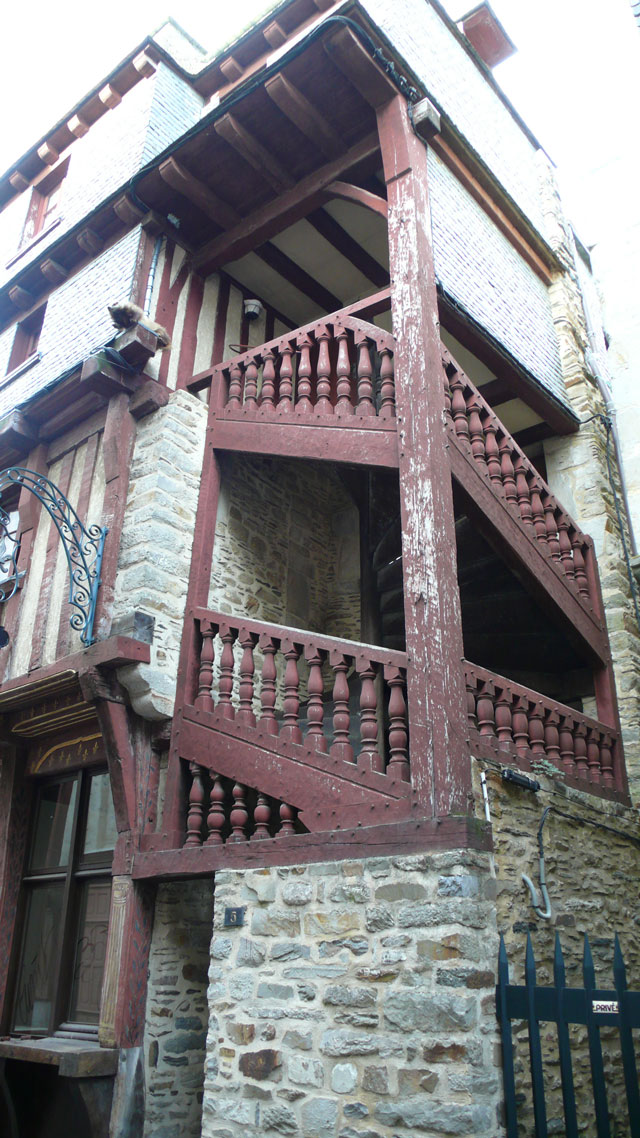 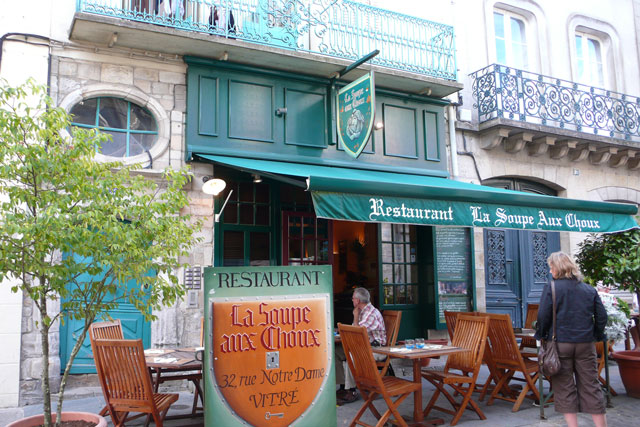 La Soupe aux Choux where we had a very pleasant meal 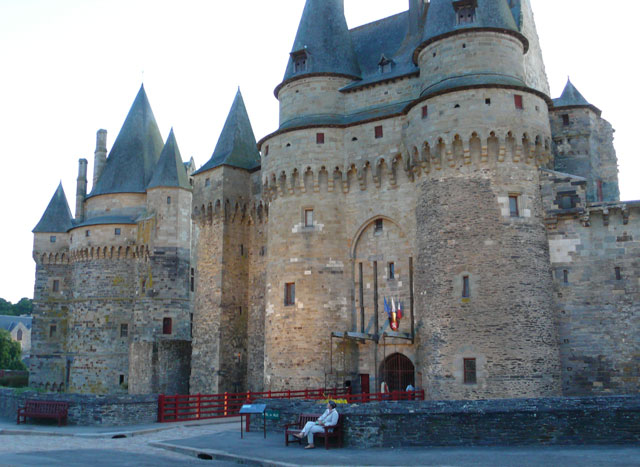 Gatehouse and Saint-Laurent Tower at dusk

This entry was posted in Art, France, Travel photos and tagged Brittany, Fougères. Bookmark the permalink.