For this Wednesday’s Bloggers Round-up, I’ve chosen a description of France’s neighbours’ day by Phoebe from Lou Messugo, the latest French words to be included in the Larousse and Robert dictionaries by Stéphanie from Blog in France and, to finish up, a guest post I wrote on visiting the Loire Valley for Carolyn from Holidays to Europe. Enoy! 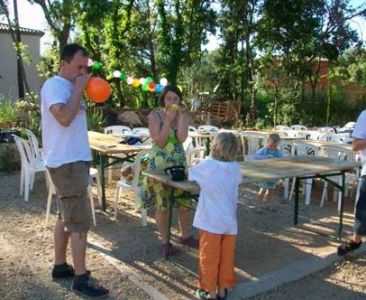 It was around 9 o’clock on a lovely sunny evening at the end of May when four young Singaporeans appeared at the end of the lane, dragging heavy suitcases and dodging the potholes in the gravel.  It was an unusual sight as 40 or so of us were enjoying an outdoor aperitif.  Our lane is not made for suitcase dragging – it’s barely made for 4 wheel-drive cars – and nobody ever attempts to navigate it on foot with large luggage.  That was from our point of view.  As from these strangers’ point of view, I imagine they didn’t expect quite such a public arrival at Lou Messugo nor so much going on in a quiet village street.  Yes, these were the latest guests turning up several hours late and without their car right in the middle of the annual neighbourhood street party! Read more

by Stephanie, the Llamalady, from Blog in France, an Irish llama and alpaca breeder living in the centre of France, who also runs a carp fishery and a holiday gite

The 2014 editions of Le Petit Larousse and Le Petit Robert will be coming out in early June and here are a few of the new words you’ll find in them.

chelou: this is the verlan (French slang that reverses the two halves of a word) for louche = shifty, seedy, weird

flash-mob = well, flash-mob ie a group of people who organise via the internet or mobile phone some sort of display in a public place

Googliser = to use Google to find information

nomophobe: great word this! It describes someone who is addicted to their mobile and can’t cope with being without it.

textoter = to communicate by text

Holidaying in the Loire Valley

by Rosemary Kneipp guest posting for Holidays to Europe, an Australian based business passionate about sharing their European travel expertise and helping travellers to experience the holiday in Europe they have always dreamed of 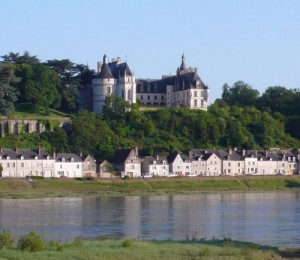 Chenonceau, Chambord, Chaumont, Cheverny. Do these names mean anything to you? They are just four of the many pleasure castles or châteaux in the rich undulating landscape of the Loire Valley, just 200 kilometres south of Paris, many of them overlooking France’s longest river, which runs from Ardèche in the Massif Central to Saint Nazaire on the Atlantic seaboard.

The Loire, with its many sandbanks, is no longer navigable and much is untamed. Because it easily overflows its banks, a long dyke runs along each side, with very few constructions. Charming villages dot the countryside in between larger towns such as Amboise and Blois each of which has its own château. Read more