The 5:2 Fast Diet on Holidays

You may remember I started the 5:2 fast diet about 2 weeks before we left on holidays, desperately hoping it would allow me to wear all my summer clothes again. Well, it worked but I wondered how it would go once we were actually on holiday particularly as I wasn’t sure whether or not Jean Michel would join me. 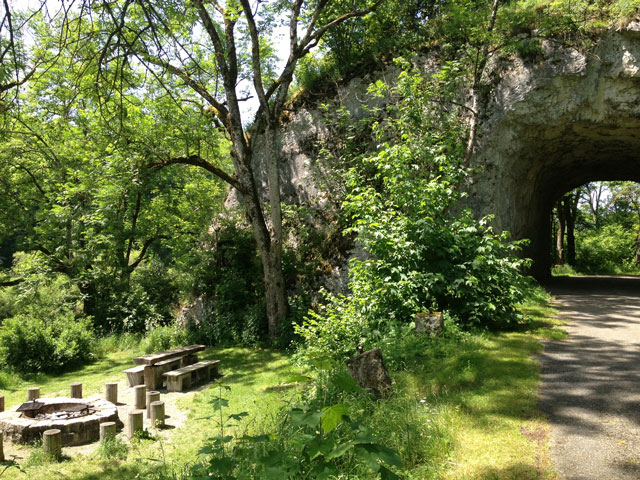 Picnic table and barbecue in Germany

We left on a Monday which was a fast day for me. Jean Michel had a regular breakfast whereas I decided to skip mine. We both had the same lunch with an extra 100 calories for Jean Michel because men are entitled to 600 calories and women to 500, and the same dinner. By then we were in Germany and with the long twilight, we were able to cycle for 2 hours (29 kilometers) afterwards. I was surprised to feel neither tired nor hungry. 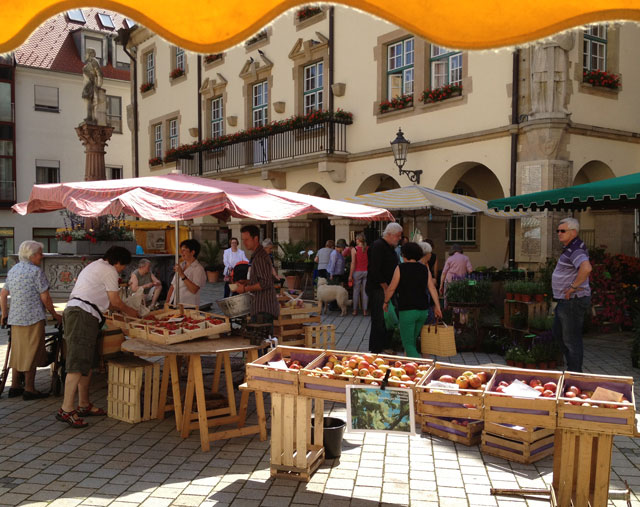 Vegetable and fruit stalls in Germany

After that, we both fasted twice a week throughout our month’s holiday, with the exception of one day when it proved to be impossible for logistic reasons. When we could, we tried to make our fast day coincide with moving from one place to another, but even on those days, we still cycled in the evening. On other fast days, we cycled 40 or 50 kilometers without any problem, to Jean Michel’s surprise in particular. 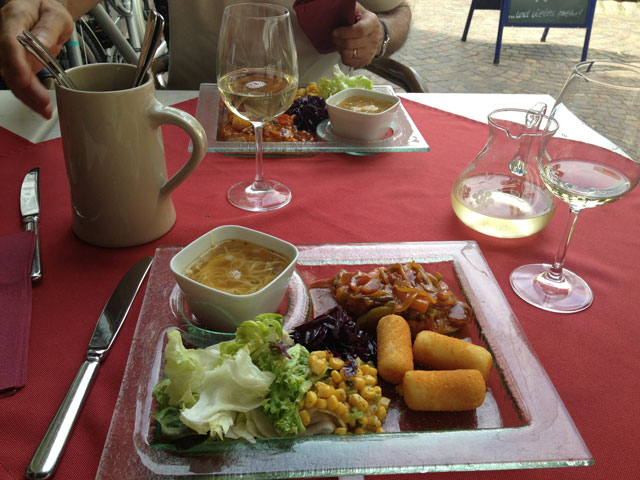 On the other days, we usually ate a bit more for breakfast than we normally do, especially Jean Michel who always has trouble resisting a buffet. We then had lunch in a local restaurant, eating high-calorie foods such as wiener schnitzel and knudels, accompanied by a glass of wine. We often had an ice-cream in the afternoon as well. In the evening, we had a glass or two of wine with pistachios, followed by a salad we made ourselves, often with bread and cheese. Sometimes we had a picnic at lunch time and ate out in the evening. A couple of times we skipped lunch or dinner because we’d had a big breakfast or lunch. 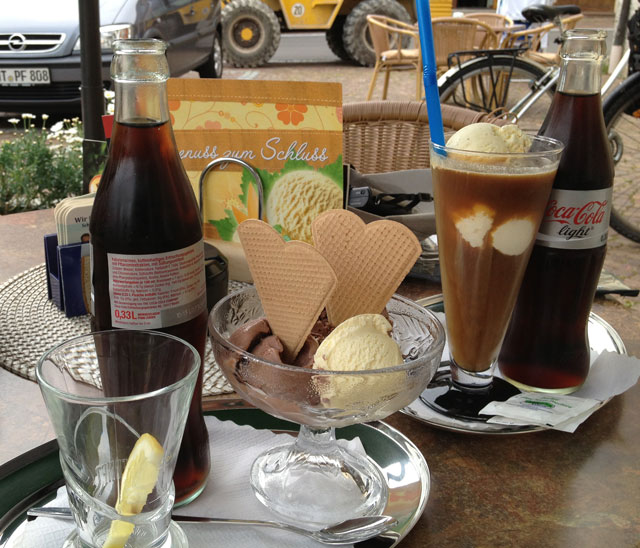 I would say that the only complicated part was planning ahead for fast days because the only time we were able to cook for ourselves was a short 4-day period during the second part of the trip. We did, however, have a car fridge, which helped considerably. To make things easier, we nearly always ate the same thing on fast days: black coffee for breakfast then 2 boiled eggs, cucumber, tomatoes and a piece of fruit for lunch (plus a slice of bread or tabouli for Jean Michel). In the evening, we ate yoghurt, fromage blanc, lettuce, tomato, carrot, capsicum and a piece of fruit. 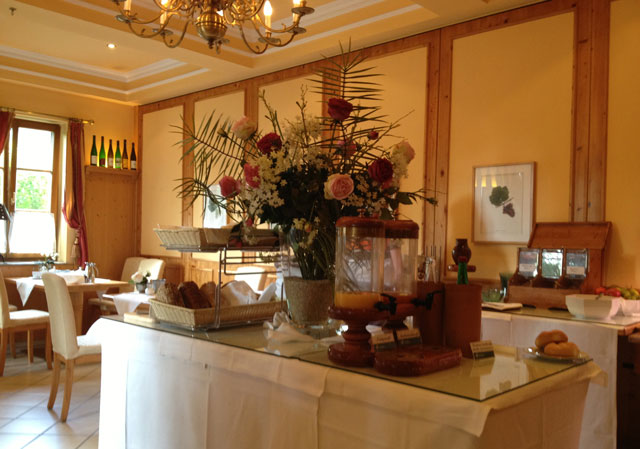 In Germany, Austria and Hungary, hard boiled eggs were nearly always available for breakfast at our hotel or gasthaus, so on fast days, we would just have our coffee and take two eggs and a piece of fruit with us as we left. I also kept a tin of tuna in the car in case we ran out of yoghurt and fromage blanc.

Not only did I not put any weight back on, but I lost another kilo! 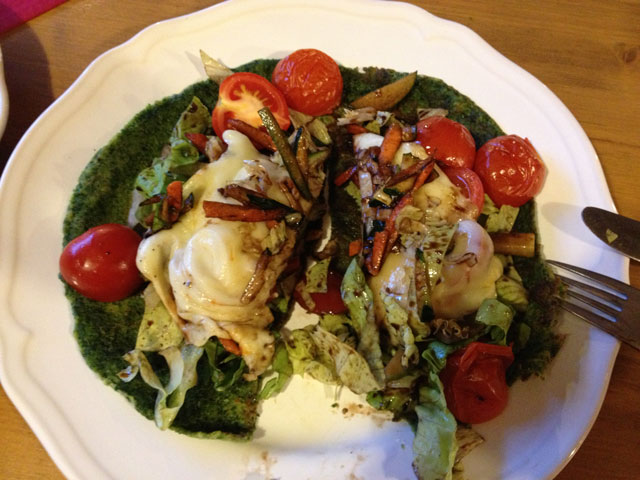 Spinach pancakes and cheese in Hungary

I found it very liberating not to have to worry about what was going to be served in a restaurant, particularly as my knowledge of German did not allow me to know what I was getting most of the time, let alone negotiate vegetables instead of dumplings, for example, as I would have done in France or Australia. I was also able to have food I don’t usually eat because of its high calorie content, such as wiener schnitzel, apfel strudel and ice-cream, and taste the local dishes. 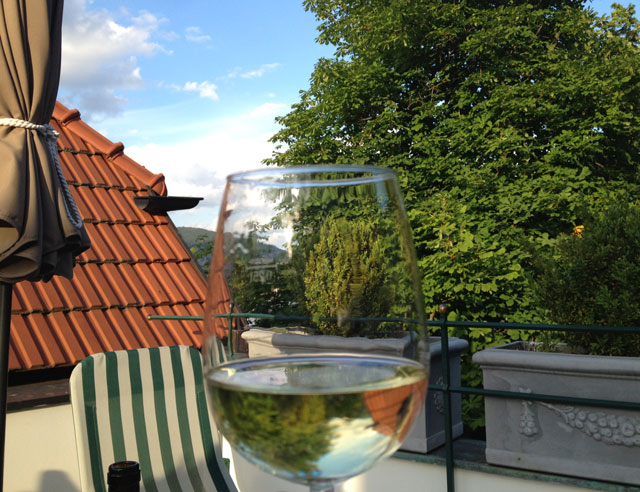 A glass of wine on the terrace in Austria

It was wonderful to be able to have a glass or two of wine in the evening with nuts. Skipping meals when not hungry, after a big breakfast or lunch, is something I’ve never done because I was always told it would make me put on weight. Well, it’s just not true. 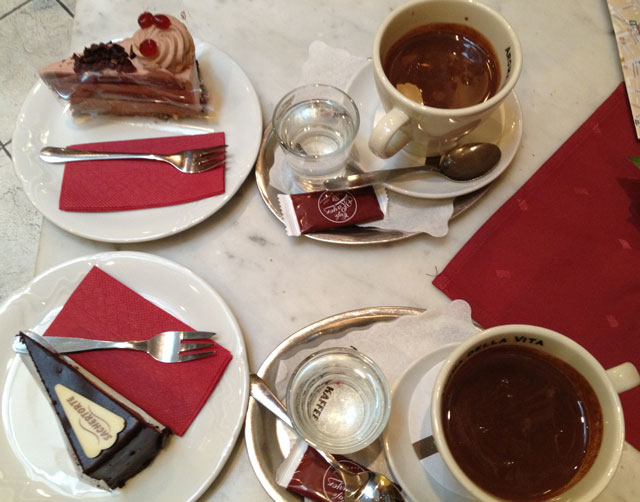 Indulging in cake and hot chocolate in Bratislava

Only a couple of times during the entire month, and only on a fast day, did I feel hungry at any time and then, the feeling soon passed. Jean Michel found it harder, but he is also used to eating more than me because he is generally more active. 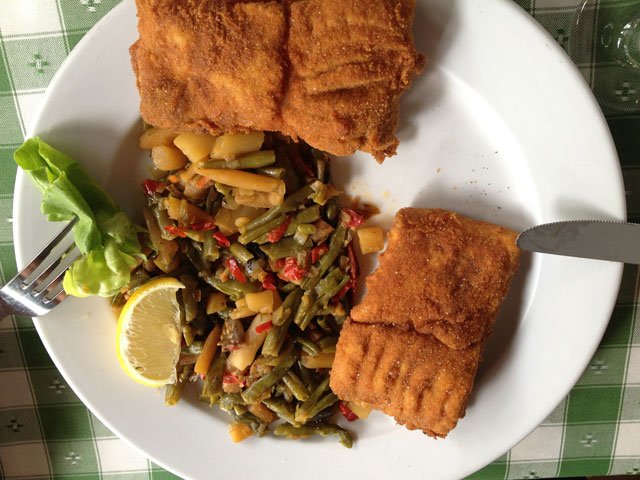 So I shall continue to have fast two days a week until I have lost another two kilos then try fasting once a week. If that doesn’t work, I’ll go back to twice a week. I believe that it’s something I can envisage doing for the rest of my life and certainly much better than having to be careful about what I eat every day.

9 Responses to The 5:2 Fast Diet on Holidays