Melk, a pretty little Baroque town of 5,000 people in Austria, is famous for its Benedictine Abbey built in the early 18th century on the site of an earlier abbey dating back to 1089 and affording a stunning view of Wachau Valley and the Danube. The abbey library contains numerous mediaeval manuscripts, including 750 incunables, while the church, completely renovated thirty years ago, is splendidly baroque. 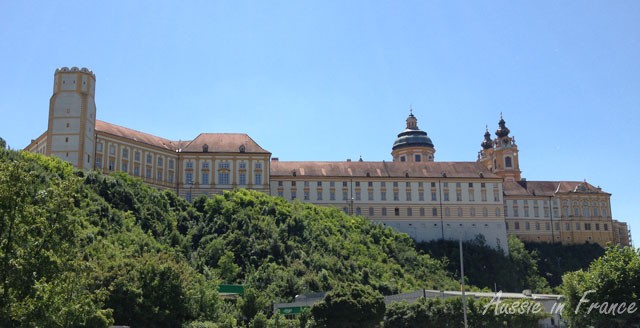 The first view of Melk Abbey on the cycle path 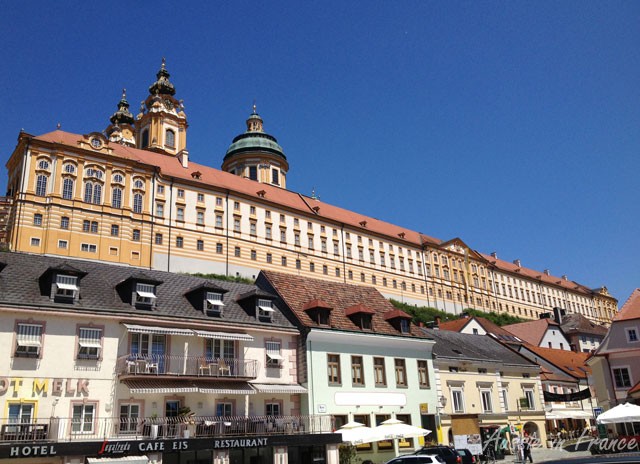 The Abbey dominates the town 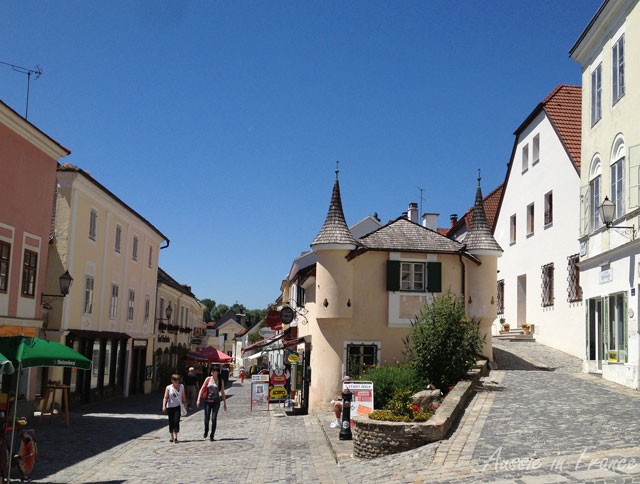 Example of mediaeval architecture in Melk 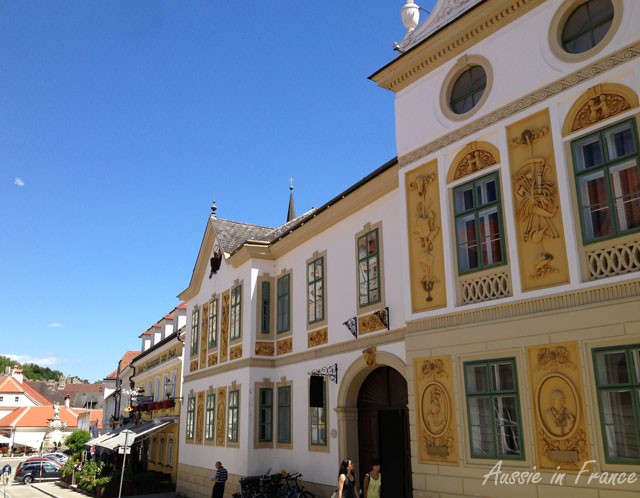 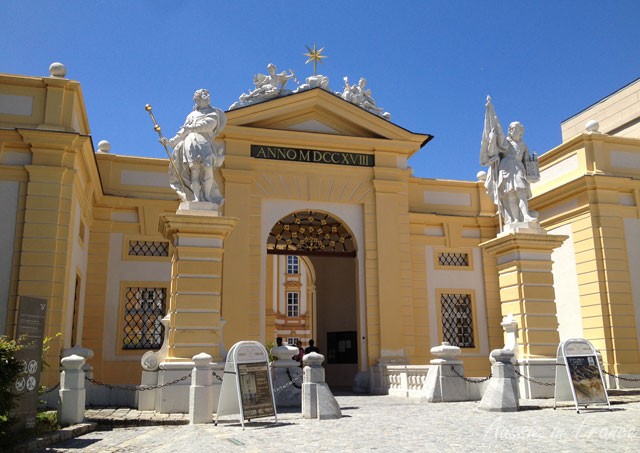 The entrance to Melk Abbey 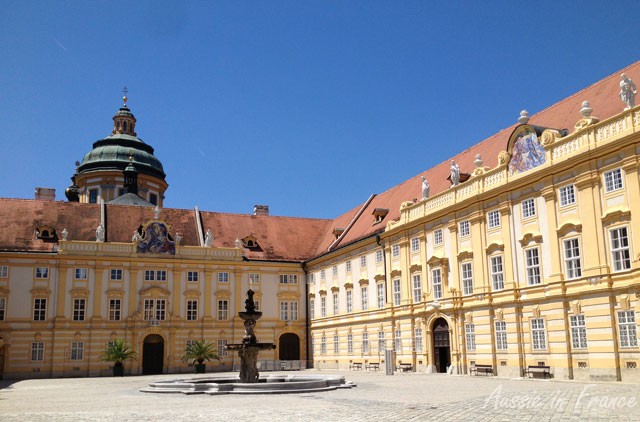 The inner courtyard of Melk Abbey 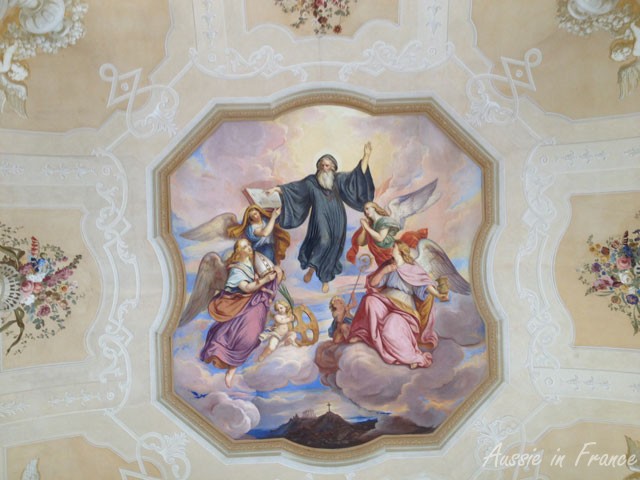 One of the beautiful painted ceilings in the Abbey 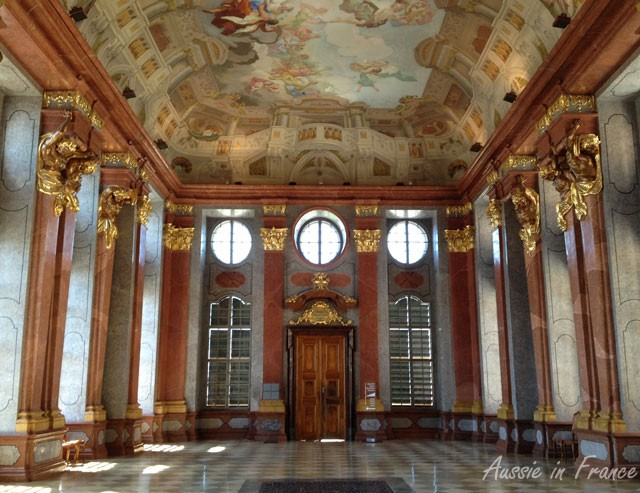 The marble room where important visitors were always taken 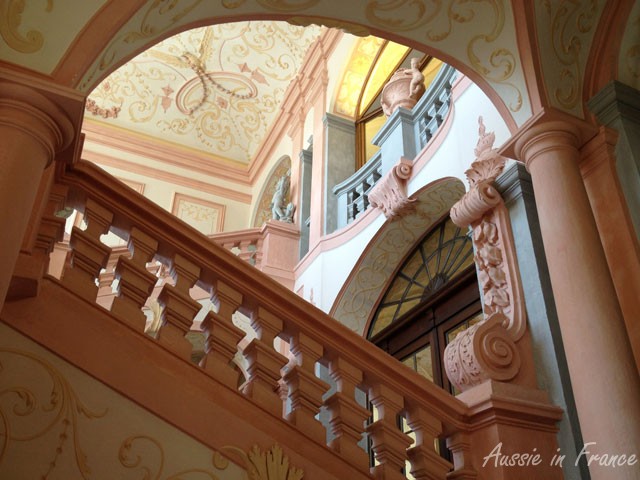 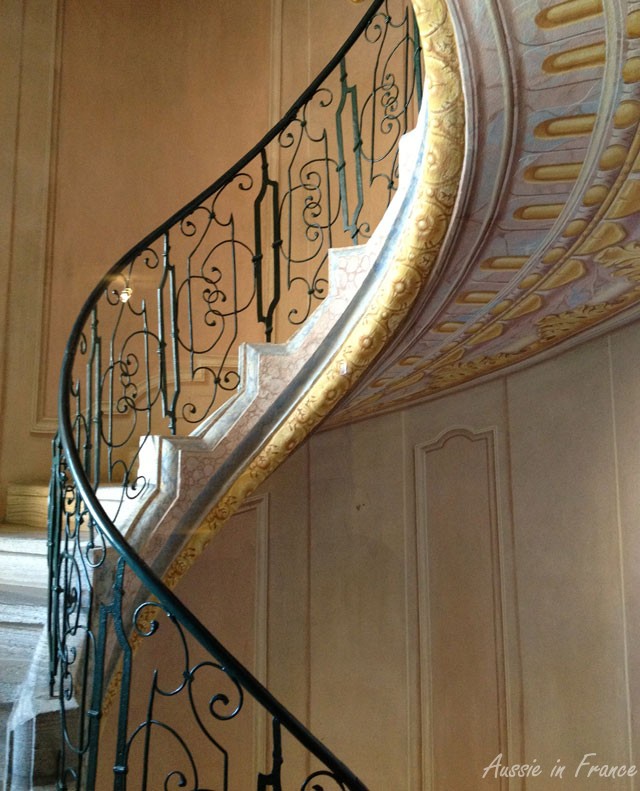 Elegant staircase inside the Abbey 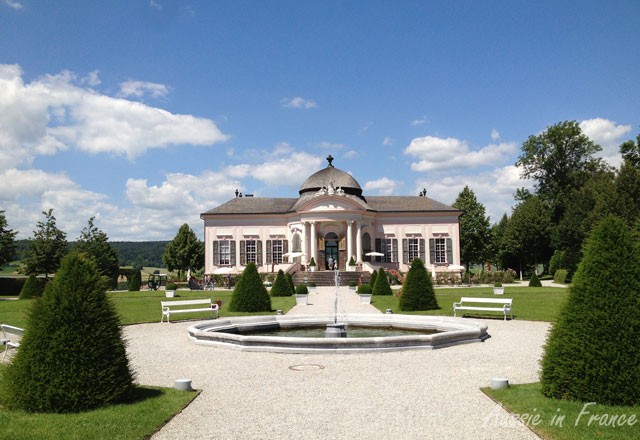 The Garten Pavillion at Melk Abbey 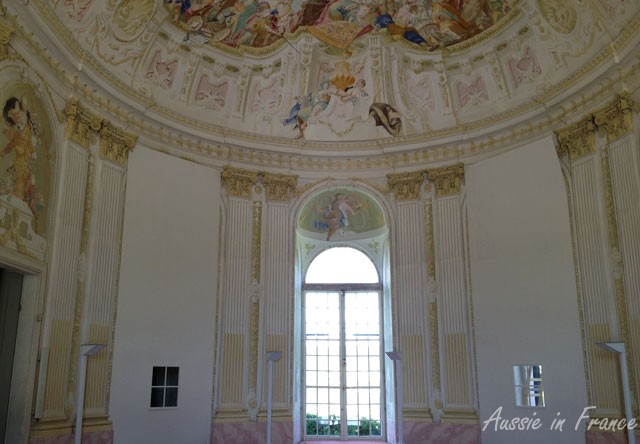 Inside the Garten Pavillion 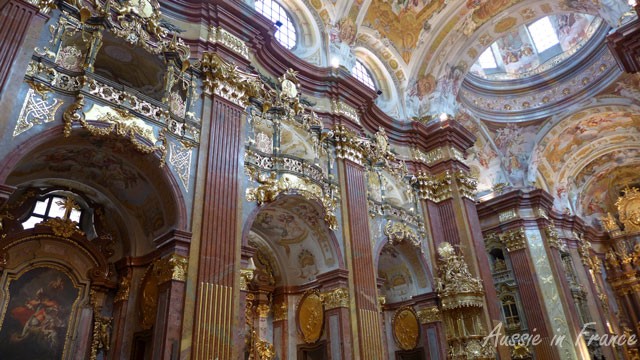 Interior of the Abbey church 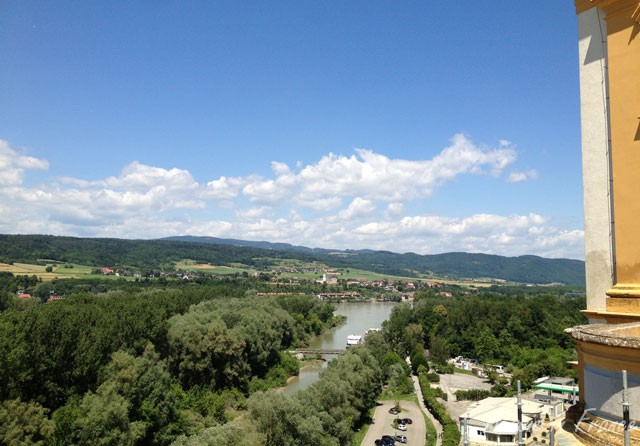 View of Wachau and the Danube from the Abbey