Posted on October 3, 2013 by Rosemary Kneipp

Confusing is a word we use quite a bit in English to mean that something is unclear and difficult to understand. e.g. “The information he gave me is confusing.” If I confuse John and Paul, it means that I wrongly think that John is Paul and Paul is John. Now I hope I’m not confusing you too much! 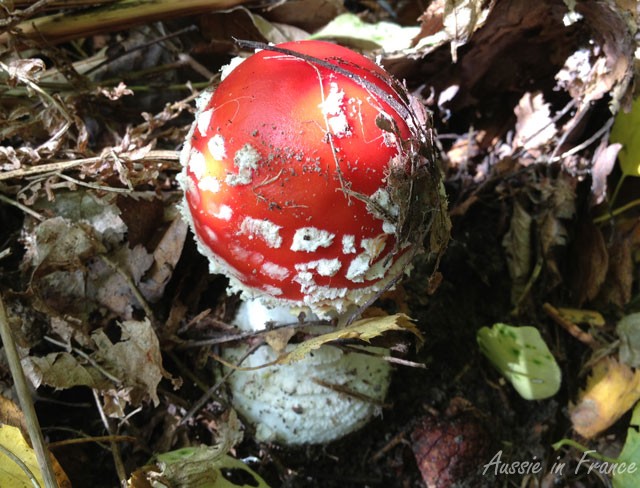 Now, to say the same thing in French is a little bit complicated. The verb confondre does exist and can be used in the second example: Je confonds toujours John avec Paul. That’s easy. It can also be used without avec as in the caption above where it’s understood that you mustn’t confuse the fly agaric with any other mushrooms (not that you can – it’s very distinctive).

However, to say that “information is confusing” requires a slightly different approach. Les informations sont confuses is not quite the same meaning. [Note the plural in French and the singular in English]. In the first case, the information has not been presented correctly, while in the second, it may be the person’s lack of knowledge of the subject that prevents them from understanding. A bit confusing, huh?

Les informations ne sont pas claires is probably the most usual way of expressing the idea. You may already have noticed that French often uses a negative when a positive would be used in English.

So how are we going to translate “a bit confusing”? I would tend to say difficile à comprendre or  pas vraiment clair but you might have some other ideas.

Now if you say to someone, je suis confuse, it doesn’t mean you are confused at all, but that you are embarrassed about something you’ve said or done! It’s actually a veiled apology.

Now it’s over to you. Let’s have some suggestions on how to translate the following sentences:

1) Are you still confused about how to use confuse in French?

2) I was confused when nothing happened.

Are there any other examples of confuse that you don’t know how to say in French?